I was in Huntsville, Alabama when the ball dropped. I made no New Year's resolutions, other than to live in the moment and take time to relax. Normally, my resolutions always center around going to the gym more, being more organized, accomplishing more, etc., and let's face it: never once have I kept them. So, I decided to be more realistic.

New Year's Day was great practice for me keeping them. Normally, after a show, I either rush home after it concludes, or get up at the crack of dawn to rush home the next morning. In 2015, I did neither. I stuck around Huntsville for a day, where my good friends, Scott and Jaci, hosted me and made the most amazing vegan spread (sadly, I have no pictures of it; I figured making a resolution to take more food pictures would be unnecessary, but perhaps I should reconsider). We spent the day watching comedy videos, hanging out, and getting thoroughly addicted to Trivia Crack. In fact, at one point, we were all on our phones, playing each other, and we only uttered words to trash talk.

It was great fun!

Let me back up though. Before the first day of 2015, I spent my last day of 2014 performing at the Huntsville Arsenal. I had performed there years ago (here's a shot of Scott, me, and Steve Sabo from 2007 on the top and this year on the bottom), but hadn't been back in a long time. 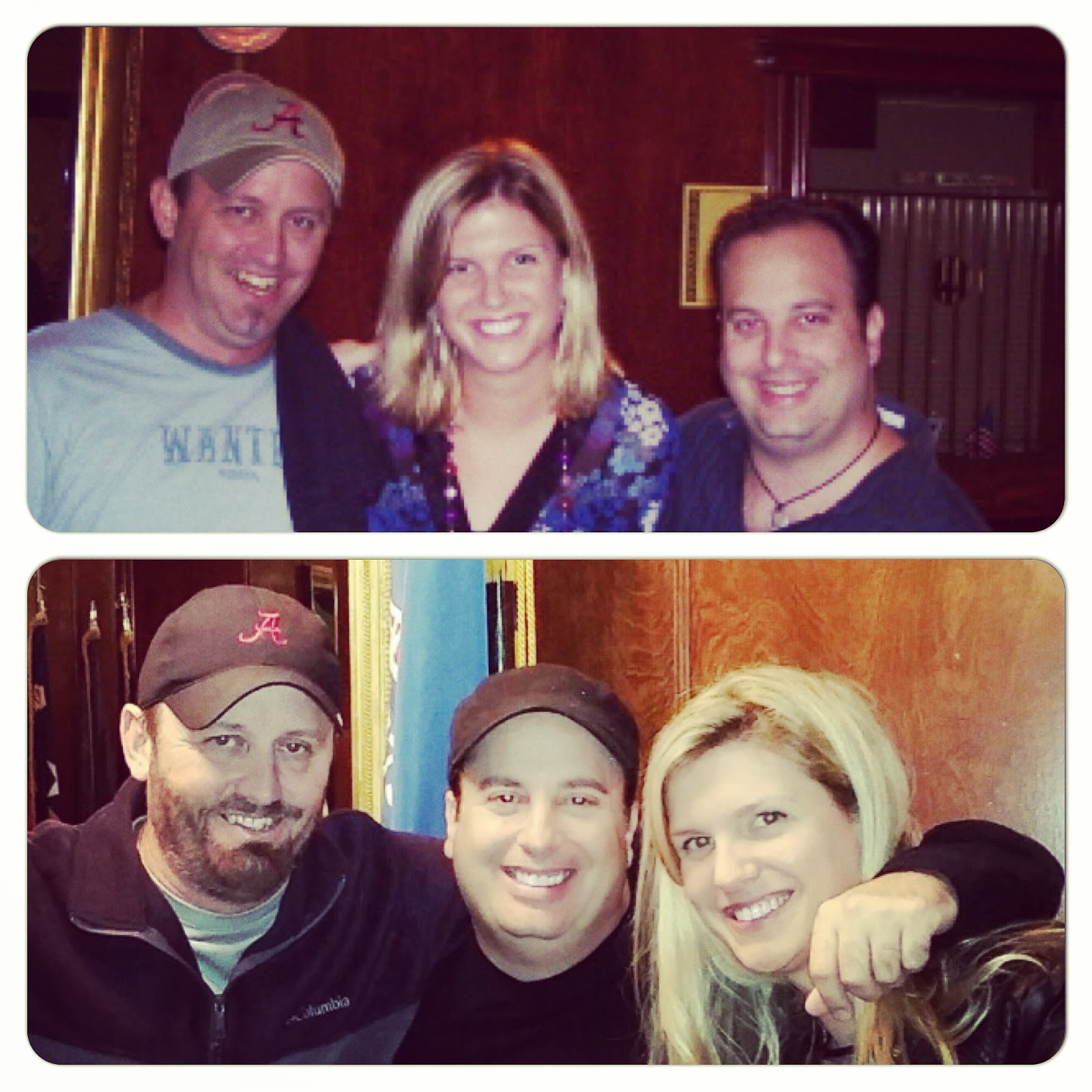 The crowds were nice, and since I didn't have to drive (thank you, Scott and Jaci), I took full advantage of the buckets o' Bud Light.

After our show (we also performed with Paul Hooper, who is absolutely hilarious - check him out immediately), we bar hopped for a while. And, I said random things to random people on the street (telling folks to put their coats on so they don't catch a cold comes to mind). Of course picture-taking happened: 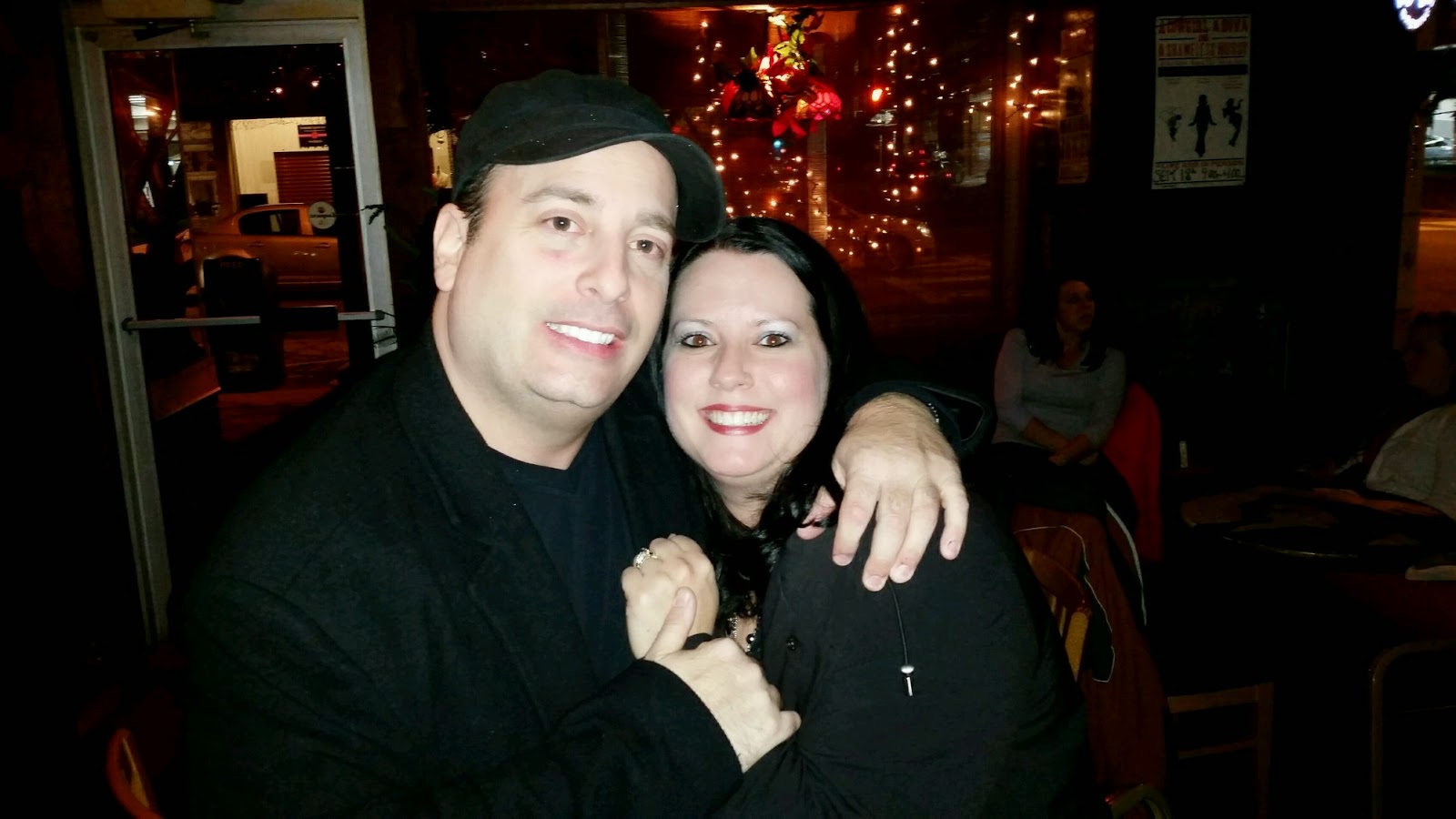 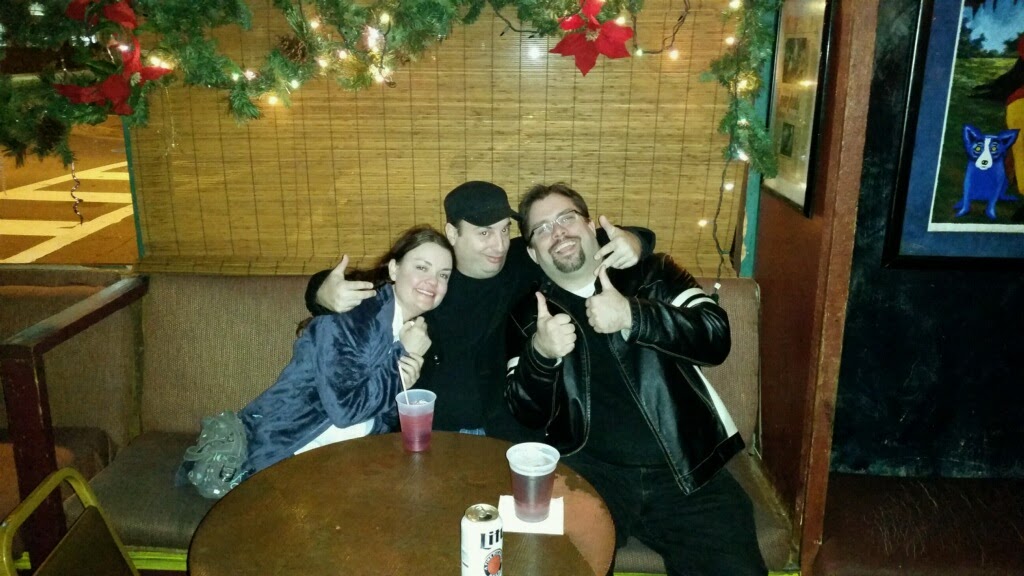 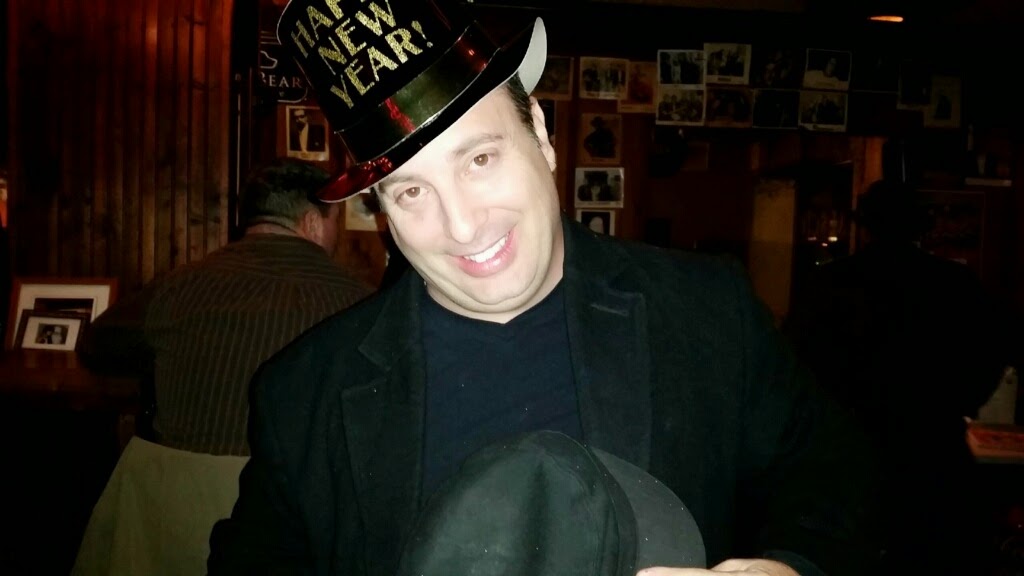 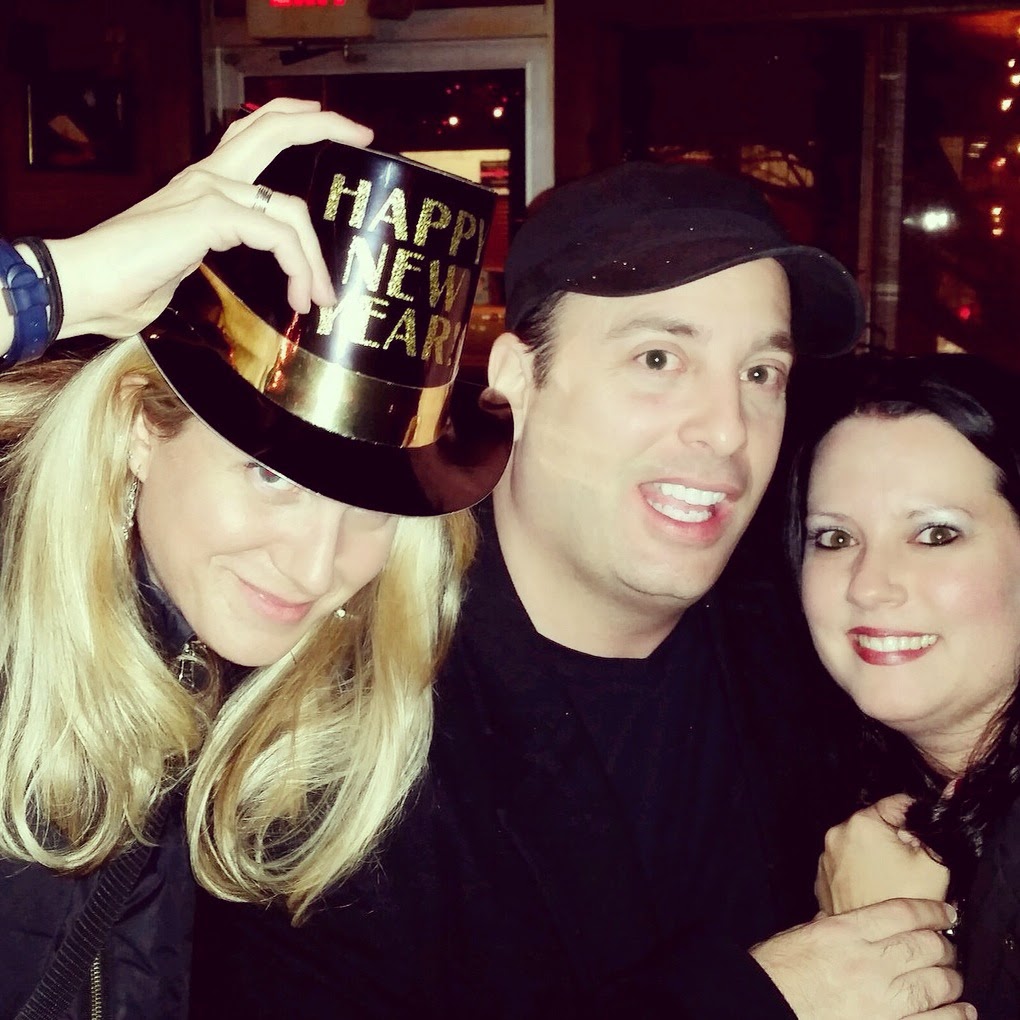 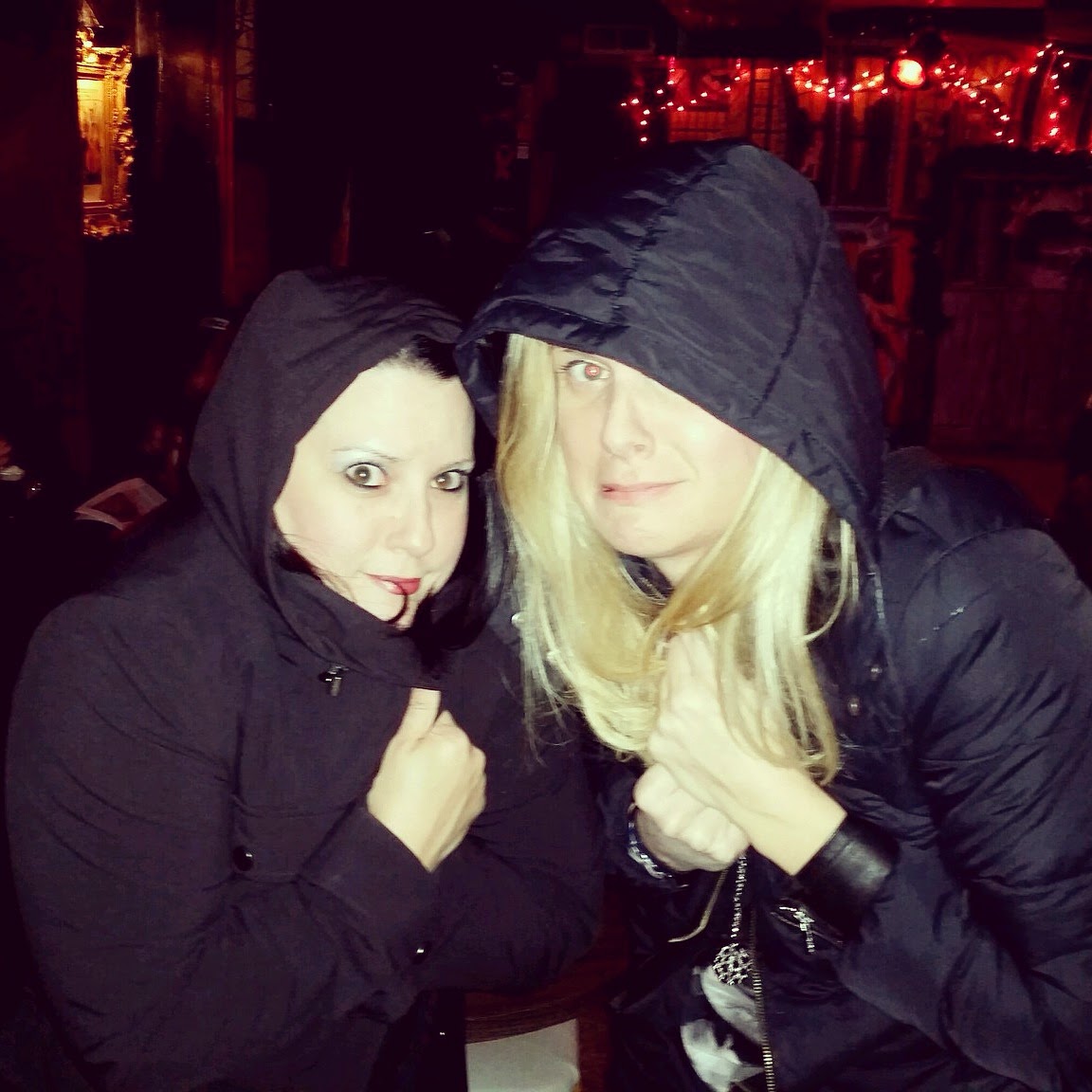 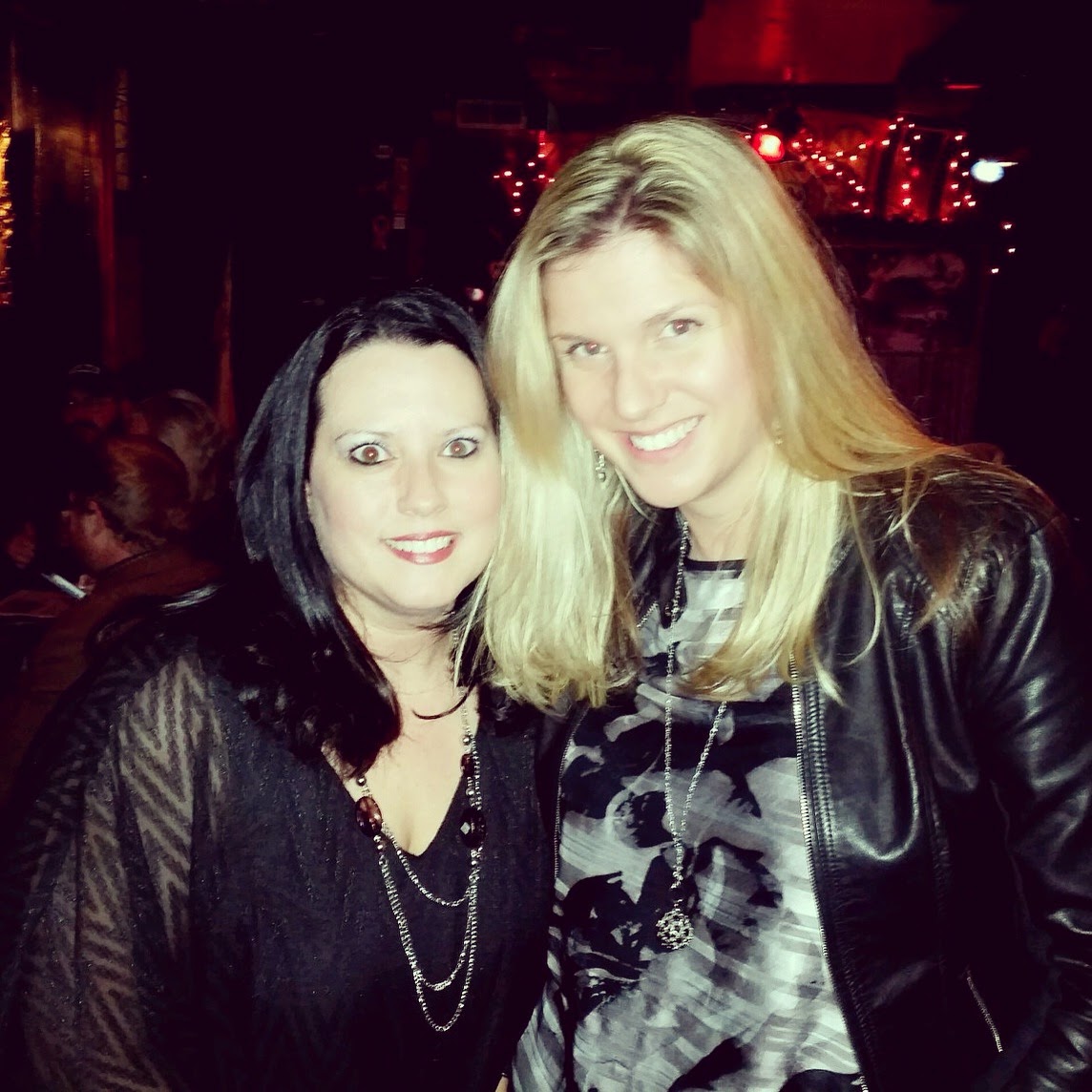 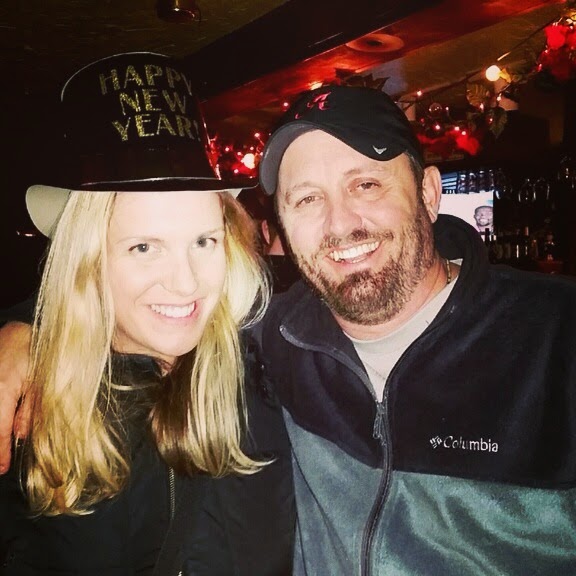 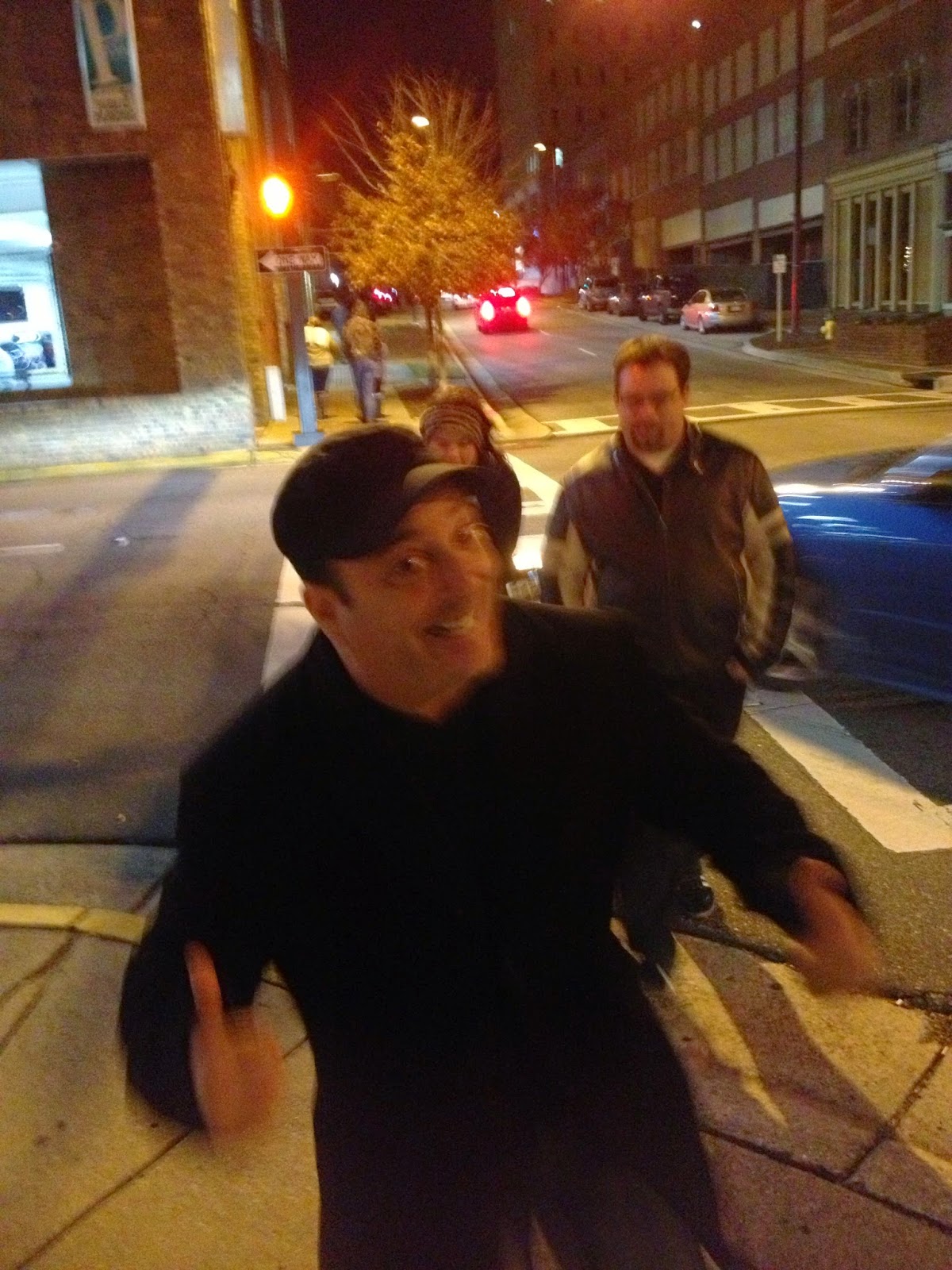 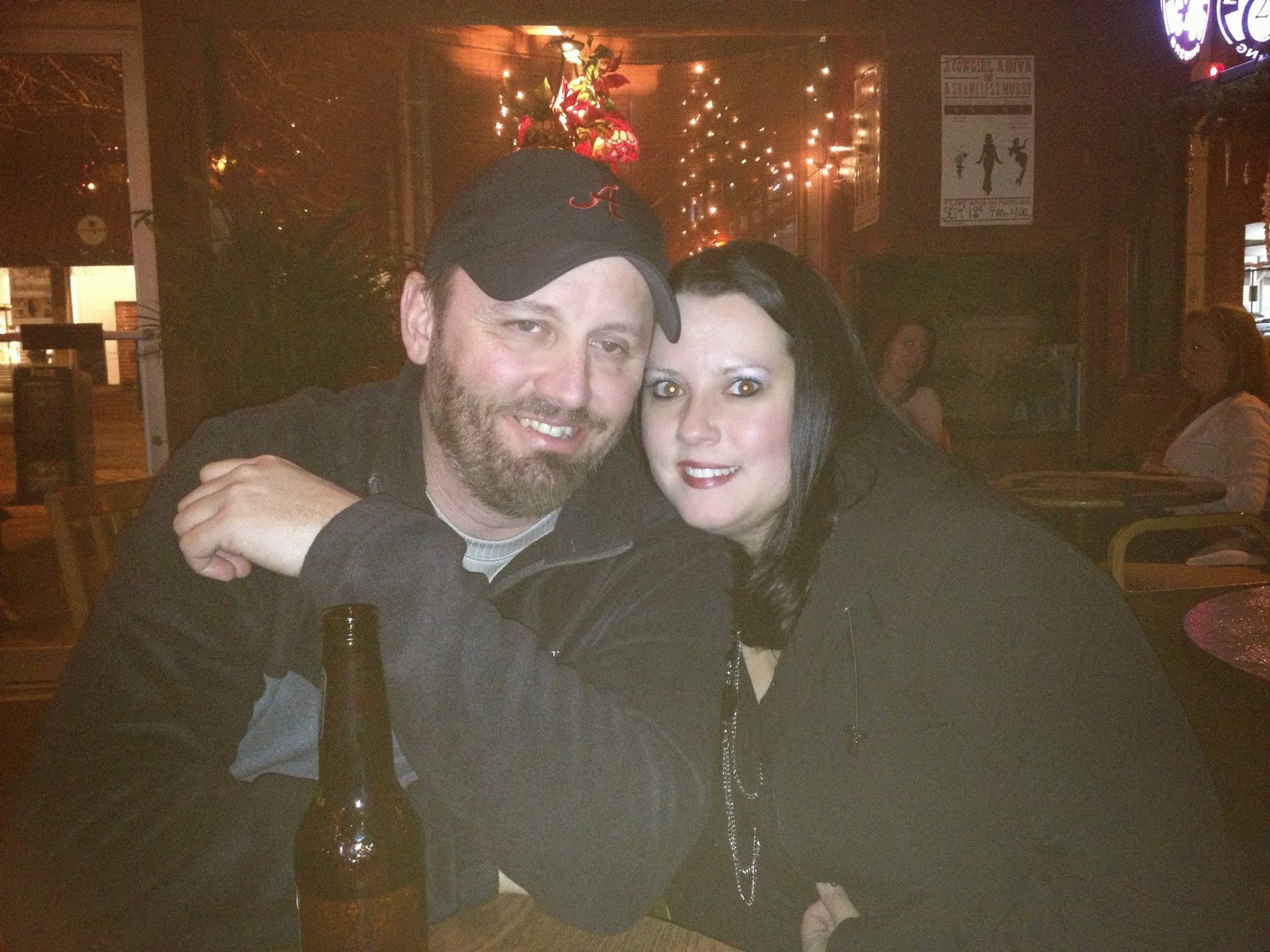 Not sure where we picked up these hats, but despite it not fitting my big ol' head, I rather enjoyed wearing it. I even could wear it with my hood: 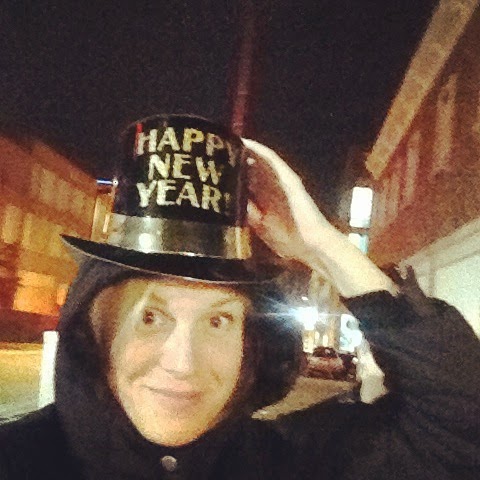 Hope your New Year's Eve was also practical. Oh yeah, and safe and happy, too.
Posted by Kate Brindle at 4:45 PM No comments: