Flight delays, jokes and sitting on the beach! 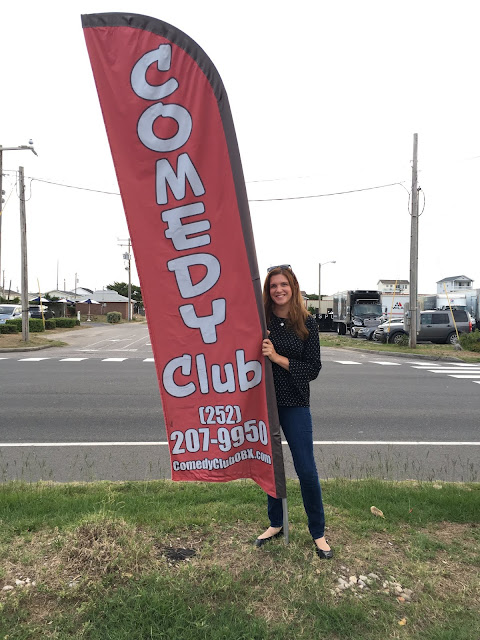 This week, I got to visit one of my favorite places: the Outer Banks. I first started coming here when I lived in Virginia. And despite having some hurricane mishaps, it has remained one of my favorite places. The club owners of the Comedy Club of the Outer Banks, Ed and Leslie, could not be nicer! Plus, I got to work with my good pal, Andy Beningo. So it was a ton of fun!

Getting there, however, was quite the adventure! I decided to fly into Richmond, where Andy would pick me up. We'd then do four hours in the car, maybe try to squeeze in a nap, and then hit the stage.

Yeah, um, that's not what happened.

Apparently, there was really bad weather on the East Coast, so my flight got rerouted three times! I ended up on an entirely different airline, and despite the reroutes, both of my flights were still delayed.

I suppose it wasn't all bad in that I got a voucher to get overly priced airline food. 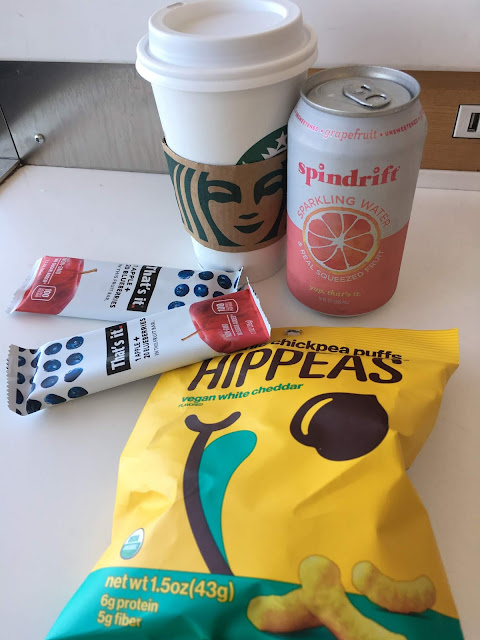 Andy was a saint and despite the multiple delays, still managed to get us there before our 8 pm showtime. I was amazed when we pulled in the parking lot at 7:53! So thankful for the traffic clearing up...and for being able to apply eyeliner while driving.

We stayed in some pretty sweet digs for the week. 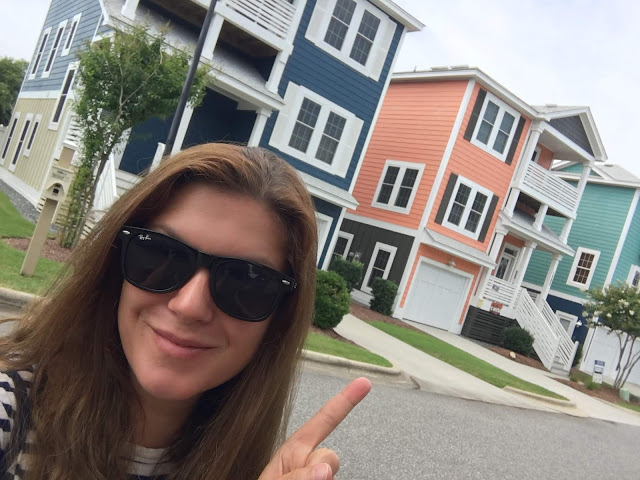 And we also got some time on the beach. 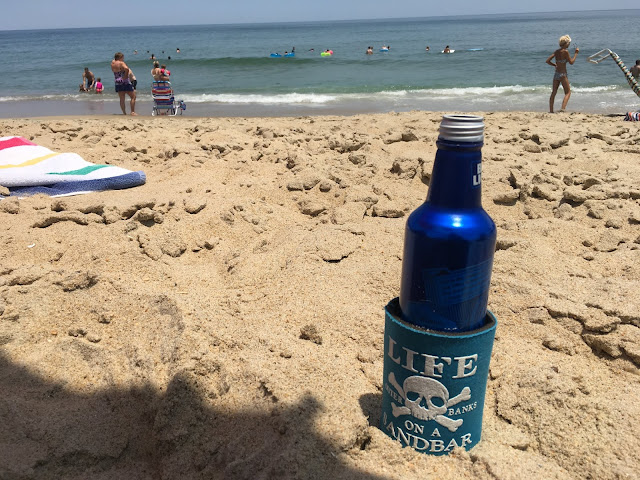 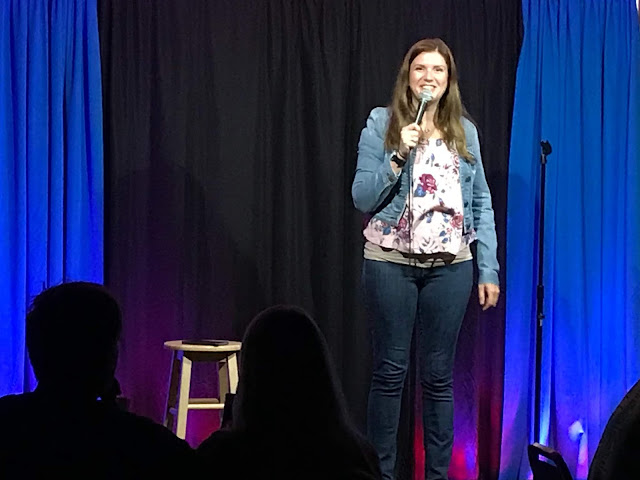 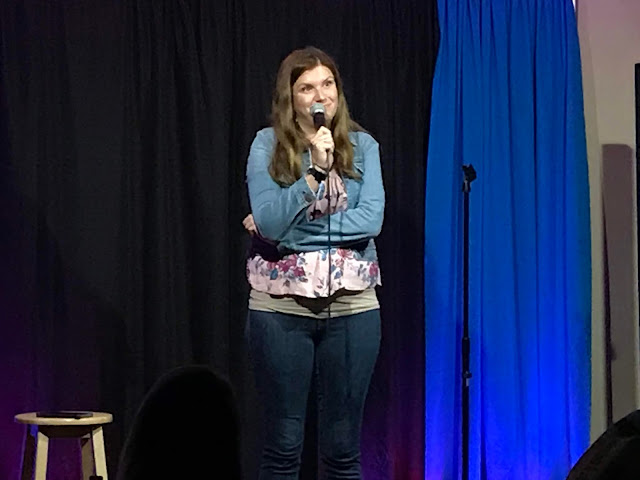 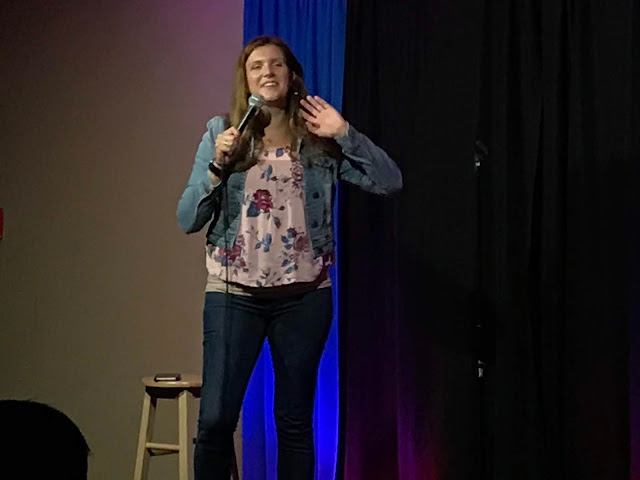 On Saturday, we drove up to Williamsburg to perform at the Comedy Club of Williamsburg. But, first, we made a pit stop in my old stomping grounds of Norfolk, Virginia.

I haven't had a vegan egg salad sandwich from Yorgo's in nearly ten years, and it was just as incredible as I remember! 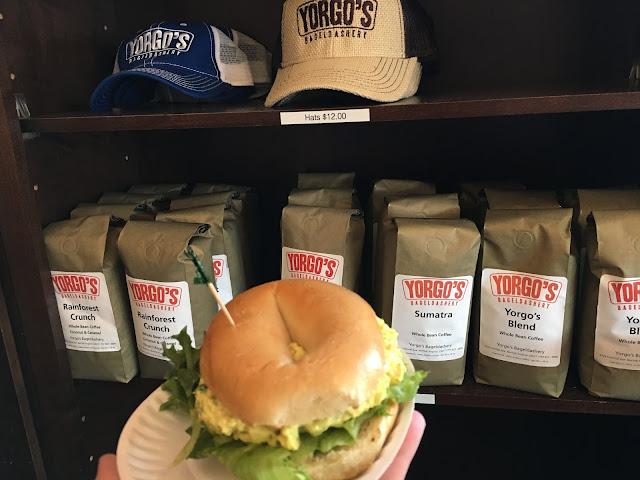 On Saturday, Andy and I shared the stage with Big Vino, who was super funny! That's us along with Ed, the owner of the club. 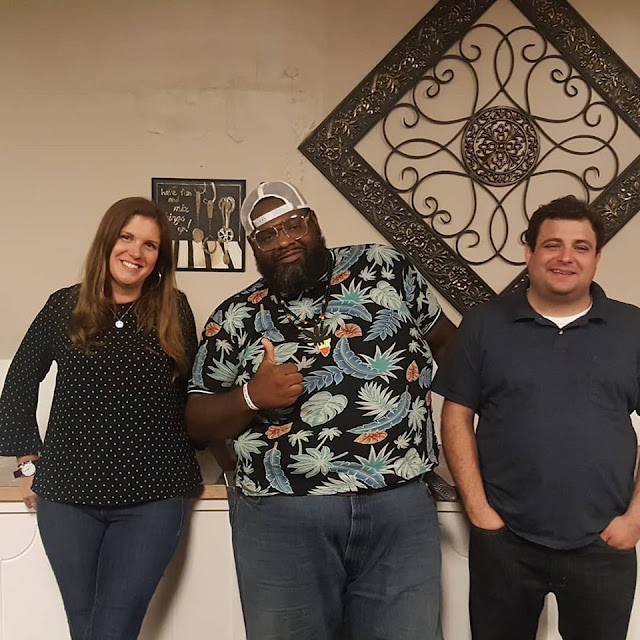 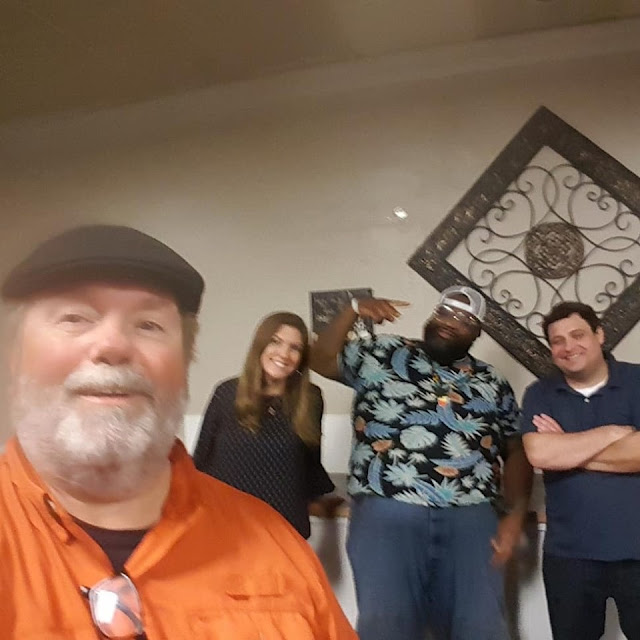 We woke up bright and early on Sunday and hauled all the way home. Luckily, the trip home was much less stressful!
Posted by Kate Brindle at 4:52 PM