I just returned from my first time in Boise, Idaho, and I had an absolute blast! I love traveling to a new city for the first time. There’s just something exciting about the possibilities of getting to explore it.

I traveled with my friend, Andy Beningo, who headlined the shows. Our early morning flight required a 3 am wake-up call, which was a bummer, but I was just pumped to be headed out west so adrenaline kept me awake.

When we arrived, we explored downtown Boise a hit. I was struck by how much it reminded me of Ann Arbor in that there were a lot of breweries and quaint restaurants with outdoor seating. We settled on a place called Fork and sat outside and enjoyed some local draft beer. I absolutely love people-watching, and Boise didn’t disappoint.

In addition to noticing how nice everyone was, we also picked up on a look a lot of folks seemed to have, which Andy seemed “mountain punk.” Like people were fit and city-ish, but also had a lot of tattoos paired with camelbacks and looked like a hike may break out at any minute. I quite enjoyed the look, actually, and wished I hadn’t only packed oversized Old Navy shirts and workout clothes.

We were working Liquid Laughs, and it was such a fun club. I had a really good time sharing the stage with not just Andy, but so many funny local comics like EJ Sullivan, Sophie Hughes, Jynx Jenkins, and some other guest sets throughout the week. 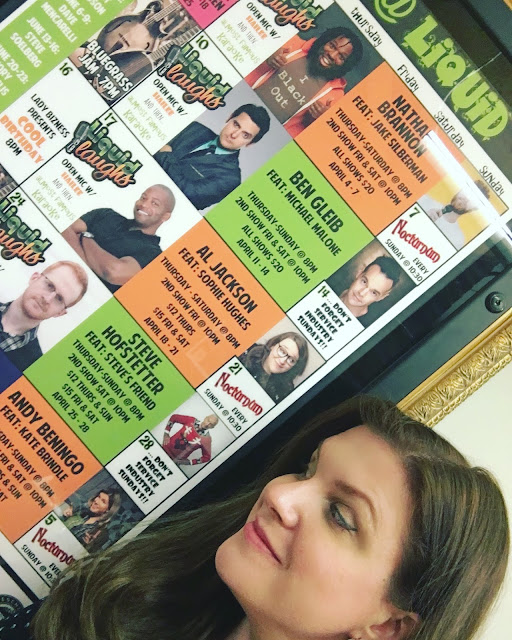 On Friday, we got out early and explored the area near the river. Turns out, there are really nice parks in Boise. There was a beautiful lake along the river that emptied into a lovely park, complete with bathrooms (you know my small bladder digs that!) and a ‘borrow a life jacket station’ near the lake. 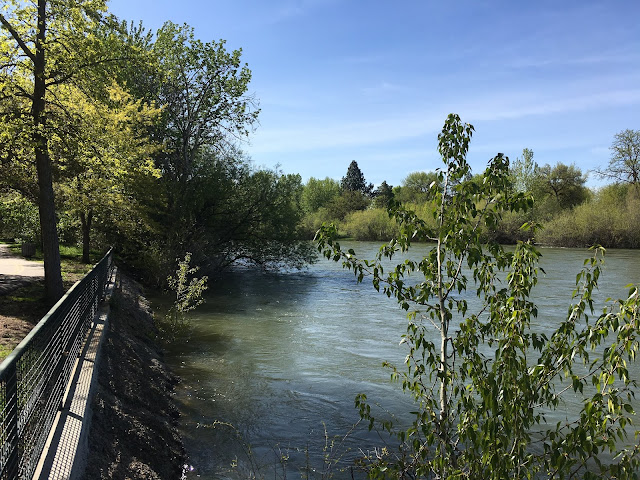 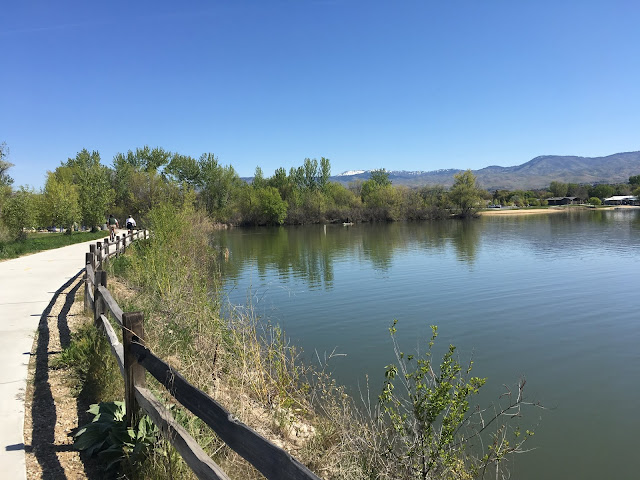 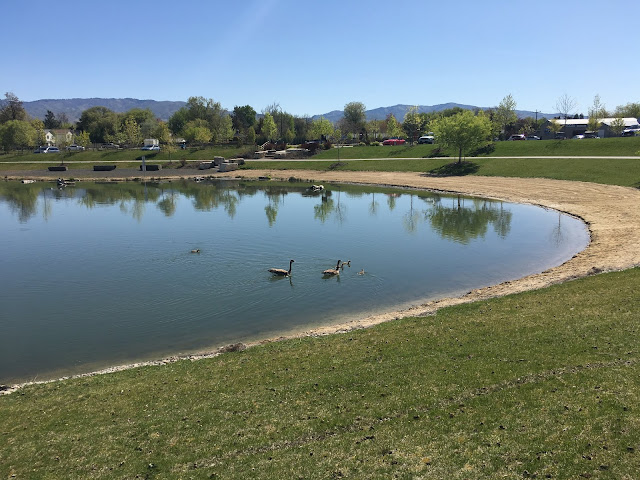 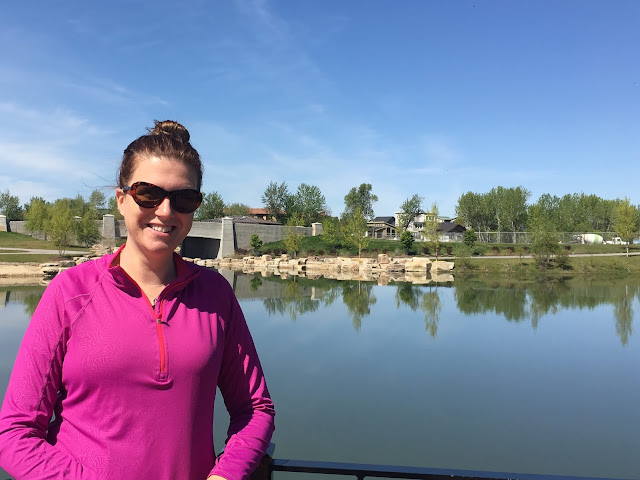 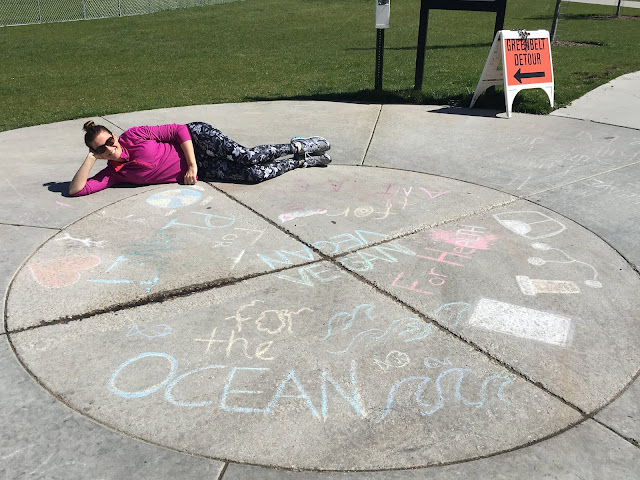 We also discovered a place called Americana Pizza. It was right behind where we were staying, and it featured vegan pizza by the slice. Even better? It was cheap...and GOOD! As we were leaving, we vowed to return. 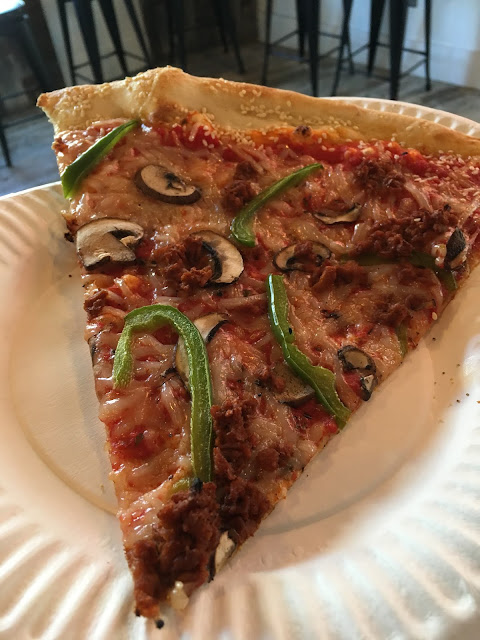 On Saturday, we watched a free concert as part of Boise Music Week before heading to the capital building to wander around it. Of course, another stop to a brewery was in order as well. 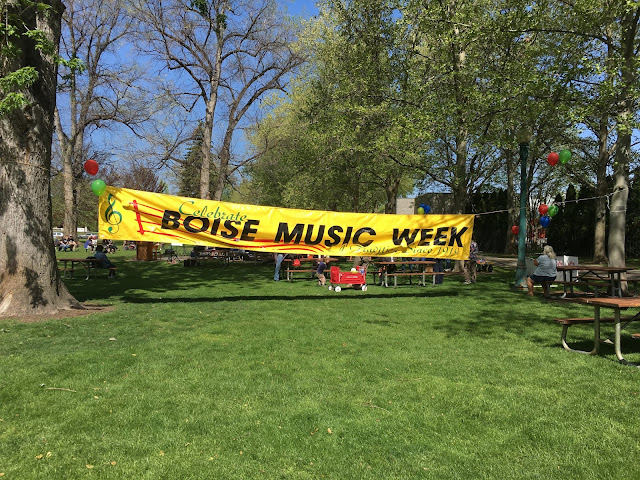 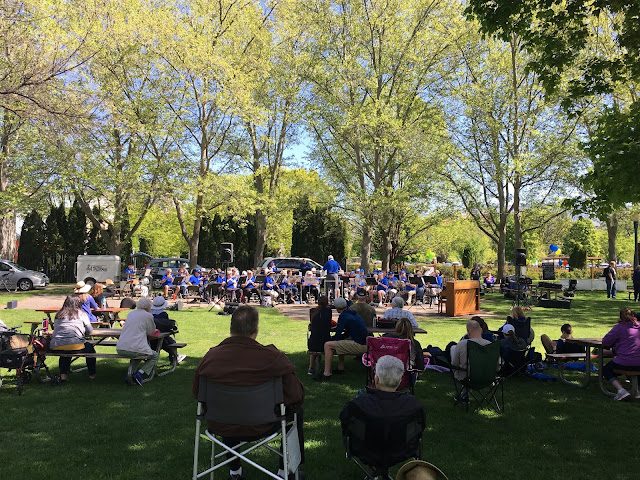 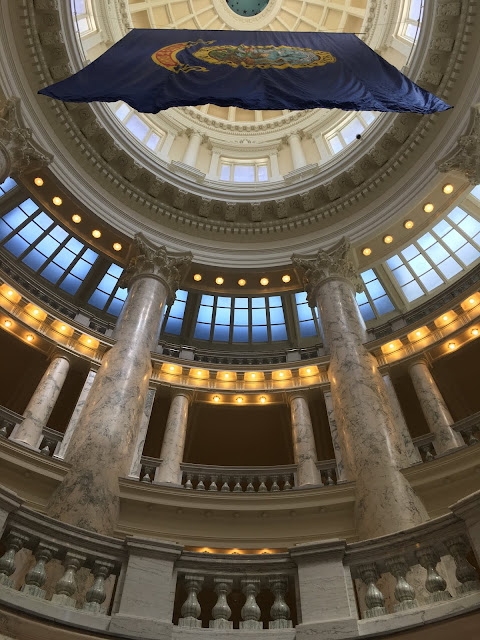 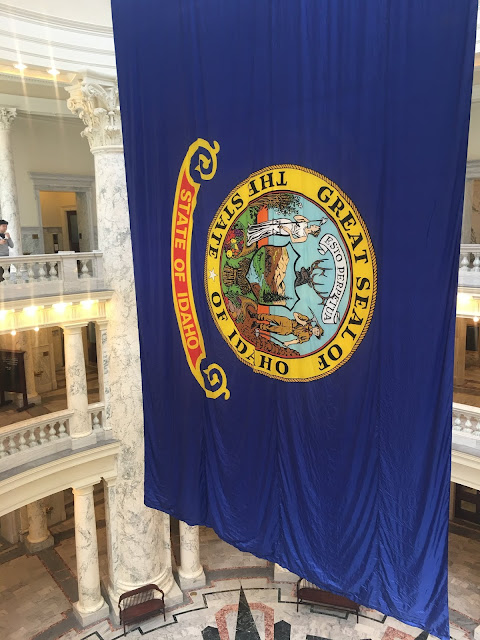 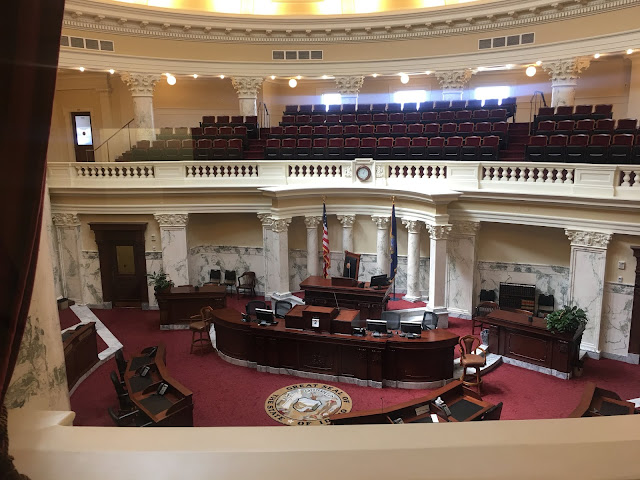 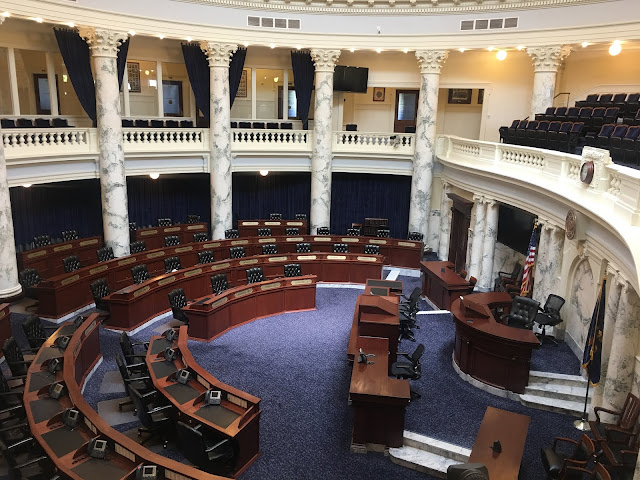 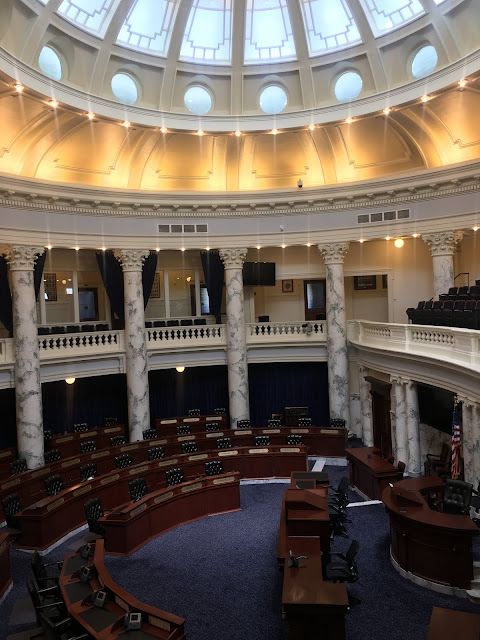 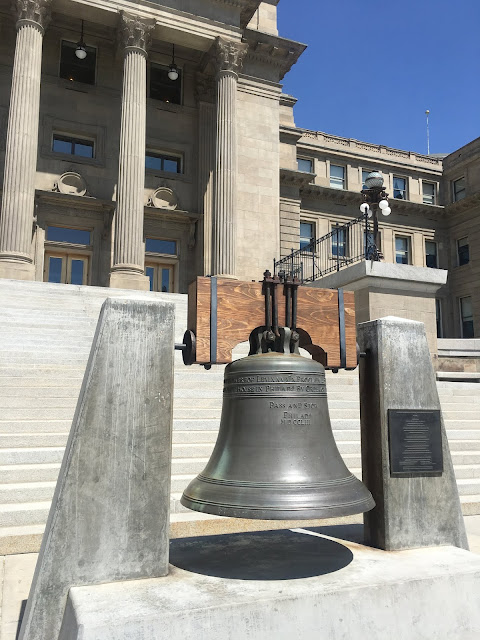 Sunday was pretty relaxed, and my main mission was finding vegan donuts. Mission accomplished in the form of Guru Donuts. I couldn’t believe all of the selection they had! Wow! Andy and I both got the Alice and Wonderland, which was truly heavenly. 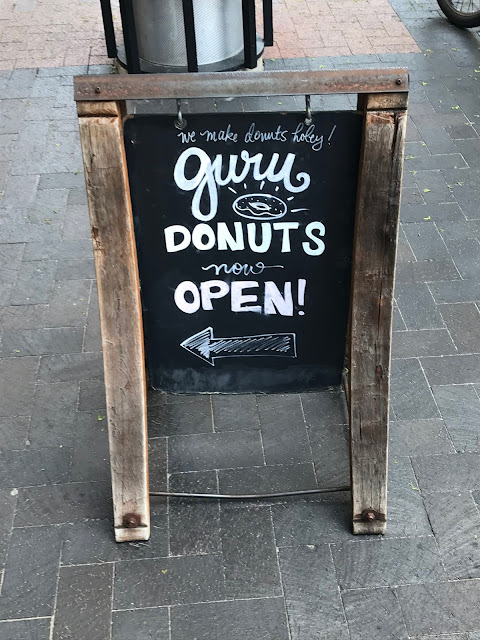 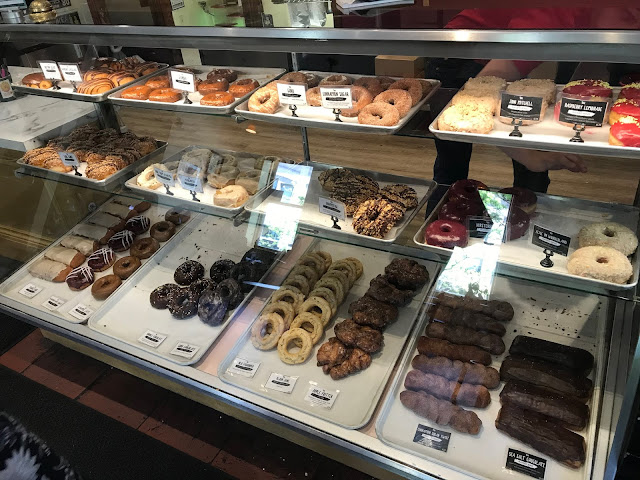 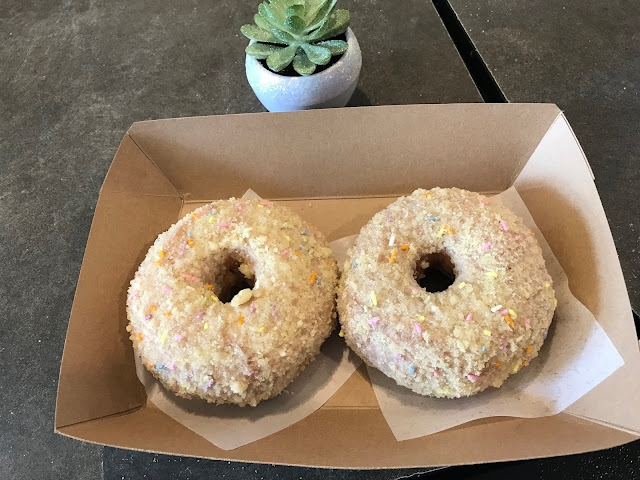 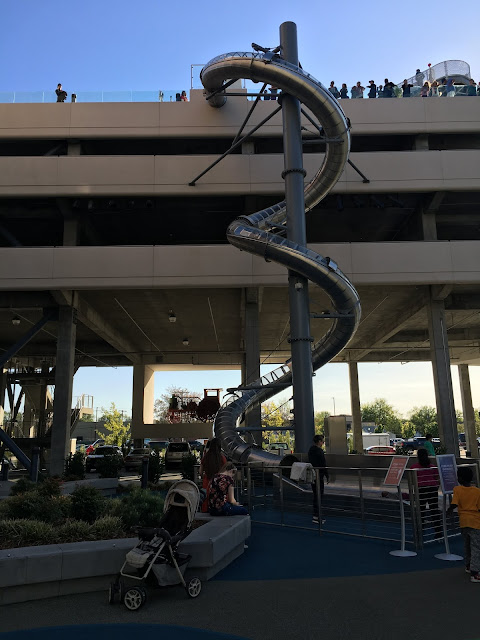 I closed out my trip by waking at 3 am and catching a super early flight home. I watched the movie “Free Solo” on the plane, which I highly recommend. Until next time, Boise.
Posted by Kate Brindle at 7:20 AM