Last week included a trip to Iowa, a wet and soggy protest and yet another New Kids on the Block concert.

June 8, 2010 marked the 50th day of the BP oil spill in the Gulf of Mexico. So several of us headed to downtown Ann Arbor to show our solidarity with the victims of the greatest environmental disaster in US history, demand better clean-up methods and accountability for BP and spread awareness about stopping our reliance on oil.

To call the oil spill devastating still seems like a bit of an understatement. I know this website helped me better visualize the magnitude of the damage. I highly recommend others visit it as well.

Here are some pictures from the demonstration/vigil: 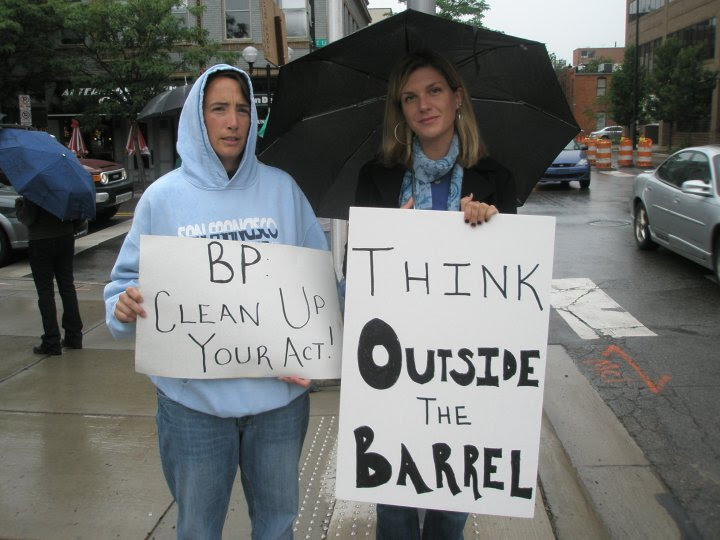 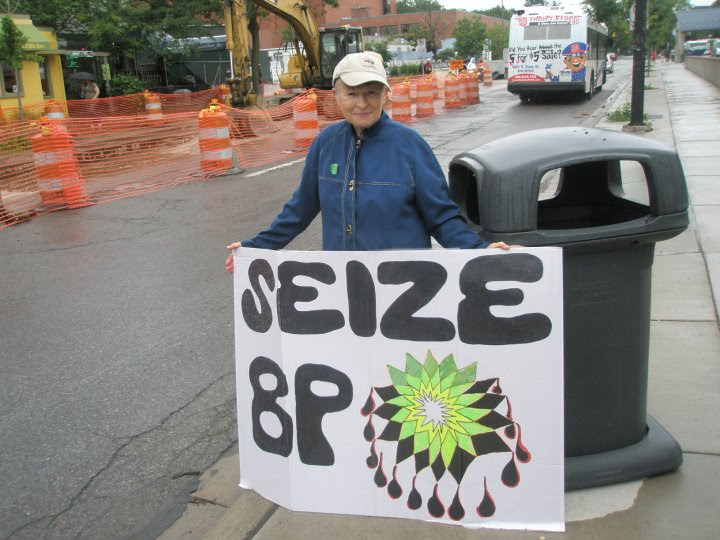 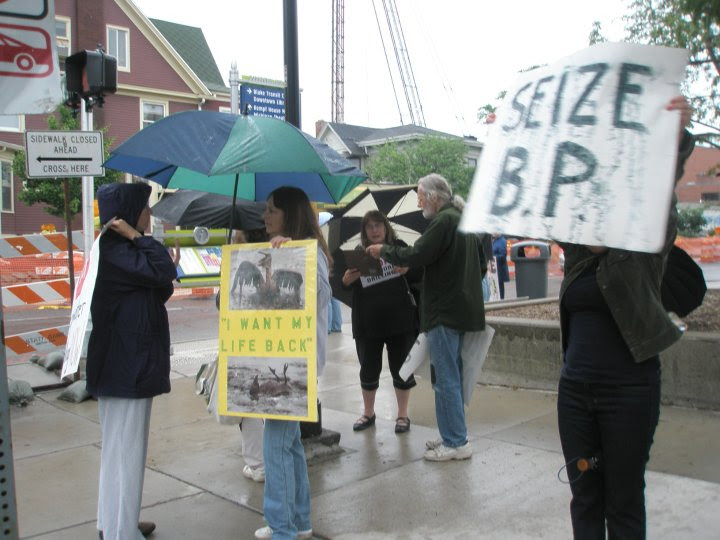 A couple days later, I performed at a show in Clinton, Iowa. It was my first time there, and everyone was really nice and hospitable. There must be something in the corn that makes people so cheerful. I didn’t take any pictures from the show, but I did snap a shot of the poster on the wall. 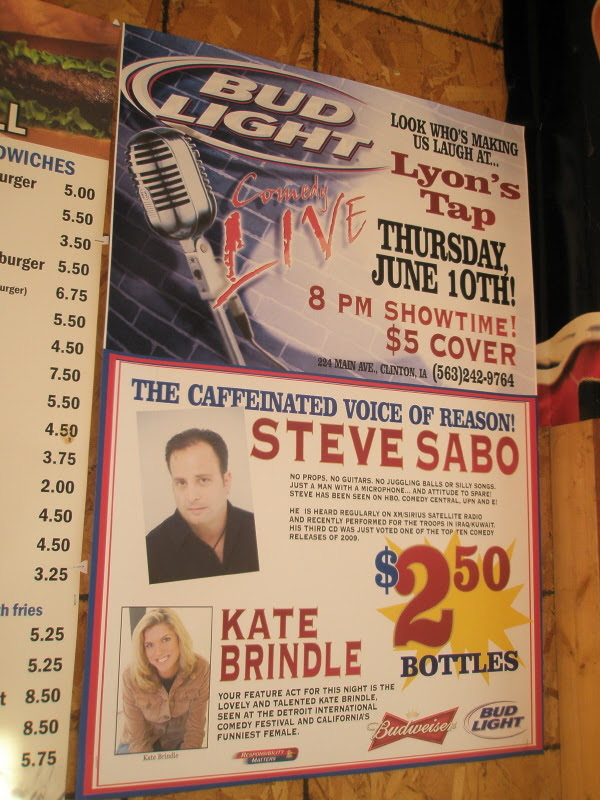 How much do I love that Bud Light sponsored comedy night? Now, if only I could get them to sponsor both my life and drinking habit…

We were only there for one night, which is a shame as Clinton is right on the water and I was hoping to make some friends with boat owners (who would invite me onto their boats, of course). But, alas, we didn’t have time, and I suppose I will have to cultivate my friendships via facebook so I’ll be able to hang out in the Mississippi next time. Bonus points for future friends that have a two-person kayak and don’t mind doing all the rowing.

On Saturday night, I went to go see New Kids in the Block in Canada. Again. I also got stopped at the border. Again. This time, I was not taken into a special room and questioned, but I was given the code “F.H.” on my immigration paper. Wonder what that means. I do know that when I received my passport back the last time I was questioned, there was a post-it note that contained a name and phone number. I never called. So perhaps “F.H.” stands for “f*ck her" for not calling. On second thought, if it means getting through the border without getting my car searched, perhaps I should have called.

I took a lot of pictures at the concert, but they pretty much look like all of my shots from the Chicago show, so I think I’ll leave them off of here for now.

On Sunday, my dad and I went to a Tigers game for a combination birthday/Father’s Day outing. 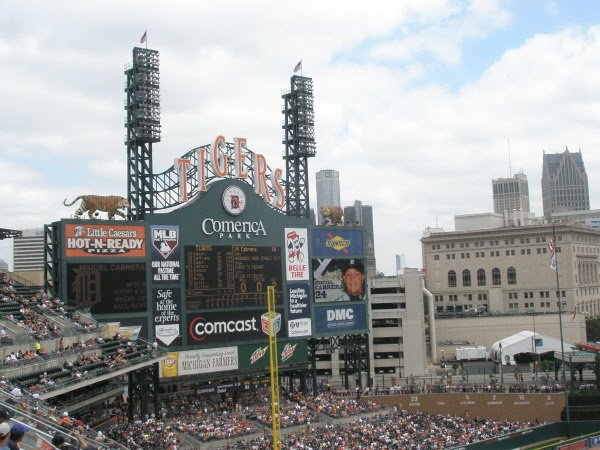 I don’t really remember if they won, I just remember that I like beer. And sunshine. I enjoy that as well. And I was able to have both there. Too bad Bud Light didn't sponsor our excursion.
Posted by Kate Brindle at 7:29 PM No comments:

Canada, Pride and New Kids (what else?) 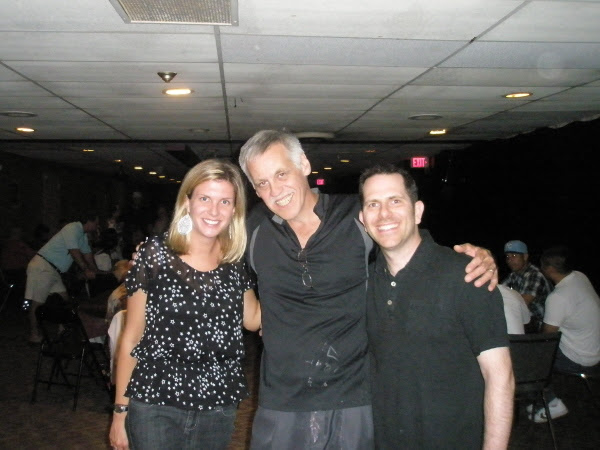 Smiling despite getting held at the Canadian border for over an hour moments earlier. The guards were probably just in awe of my ginormous earrings. And when I say in awe of, I really mean, they were terrified I could hide weapons in them.

On Saturday, my good friend and fellow comic, Jeanine Watt, stopped by to catch up. 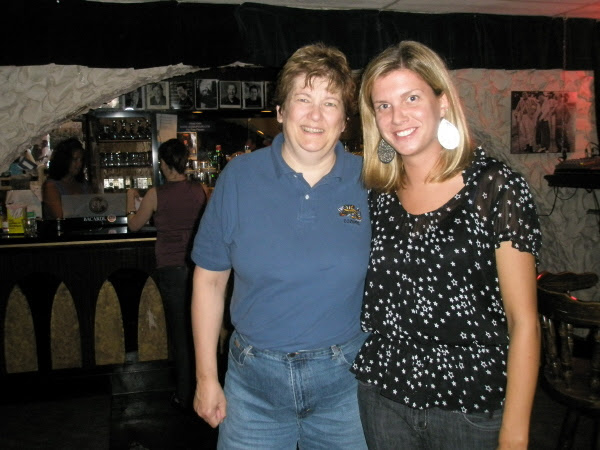 After two fun shows, I drove home in some of the worst storms I’ve ever seen in my life. 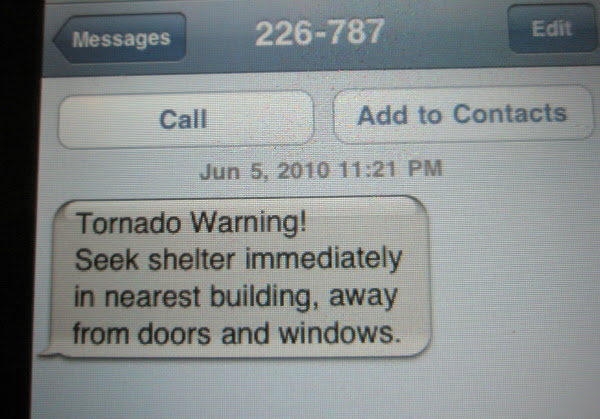 This is a text you never want to receive while driving on a suspension bridge.

But, alas, I survived the storm, woke up the next morning and attended Motor City Pride (read: I parked my butt in the Beer Garden and drank entirely too much Bud Light Lime).

I did manage to take a break from beer-drinking to snap some pictures. The Necto outside. Just like the dance club, except without people getting it on in the bathroom. 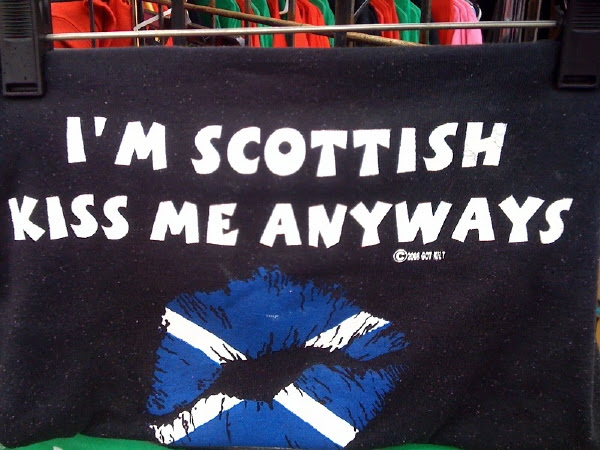 My favorite t-shirt I saw at the festival (although being Scottish might make me slightly biased).

After sobering up, I drove four hours to Hammond, Indiana to see the New Kids on the Block again. Will seeing my favorite guys from Boston ever get old? Not a chance.

Per usual, they were fabulous. Having a DJ with them really added a different dimension to their sound, and I loved how they performed “My Favorite Girl” to the music of Bell Biv Devoe’s “Poison.” Joe McIntyre’s combo rendition of “Twisted” and the Eurythmics’ “Sweet Dreams” was top notch, too! 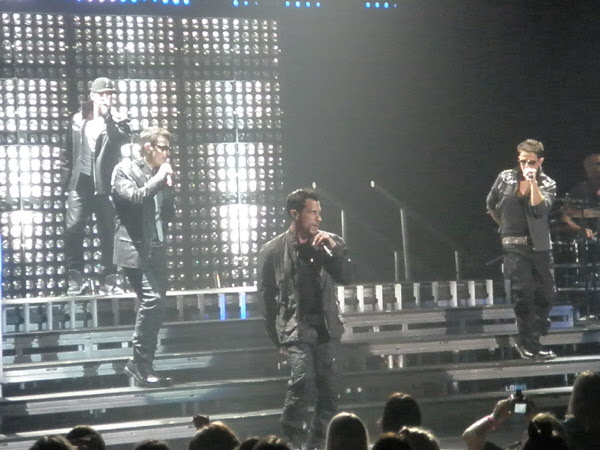 Where are Danny‘s sunglasses? Perhaps he either wasn’t hung over from the night before, or he’s not a big Corey Hart fan. 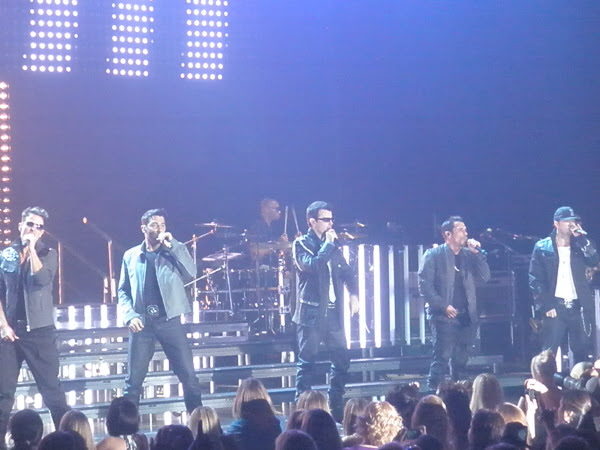 Okay, so maybe it’s not just Danny. Perhaps Jordan and Joe were trying to camouflage being high or having crow’s feet. 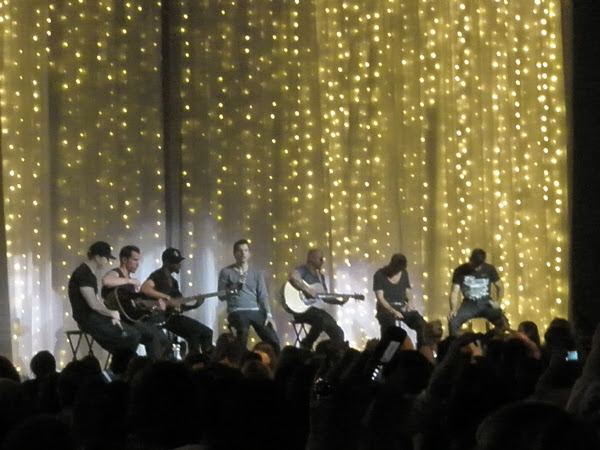 Performing their acoustic rendition of “Single.” 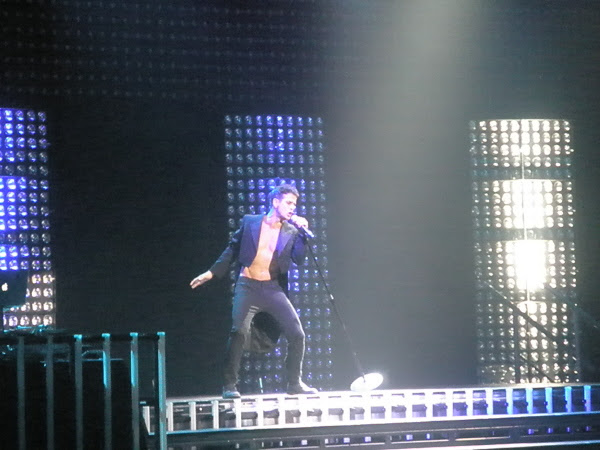 During Joe’s performance of “Twisted/Sweet Dreams” (AKA: during the time I was nearly hyperventilating). 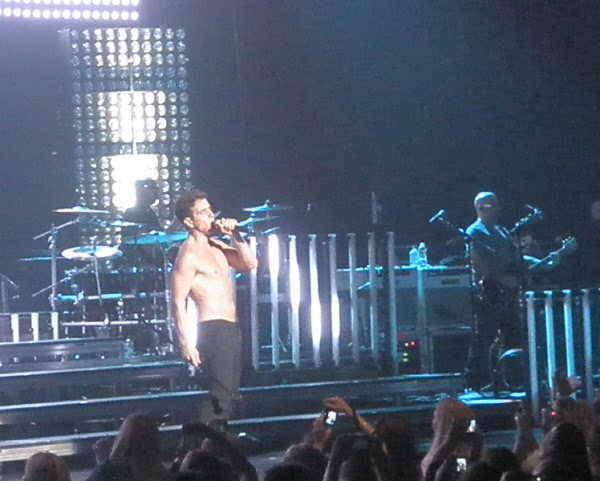 The conclusion of his performance (AKA: when I had to put my head between my legs and breathe into a paper bag).

After the show, I drove back to Ann Arbor. Ahem, well, immediately concluding the show, I stopped by the emergency room for a quick trip to regulate my breathing, but then I drove three hours home. I kid, I kid. I didn’t stop by the emergency room, but it was a pretty long drive back. Luckily, I had my ipod full of New Kids to provide some entertainment on the ride home.
Posted by Kate Brindle at 10:45 AM 1 comment:

Thoughts on the burning of Jesus

Hey all! And by all, I mean, the six of you that read this thing.

Here's a link to the latest article I just wrote for Zoiks! Online.

It's about Jesus. Does that make you want to read it? What about if I agree to follow you on twitter, like you on facebook and buzz you up on yahoo? Would you read it then? Okay, okay, final offer: what if I give you five dollars? Interested now?

Now would also be a good time to plug Zoiks! Online. As its website proclaims, it's an entertainingly humorous magazine. I write there regularly as do a lot of funny peeps.

So, if you haven't already, check it out!

And send me your address so I can mail your bribe money.
Posted by Kate Brindle at 12:06 PM No comments: