This past weekend I got to fly to California and perform at Pechanga Casino. After suffering through a brutal winter, just the promise of the temperature being above 50 was like music to my ears. Plus, I was beyond excited to see my friend, Brent, who was going to come down for the weekend from LA.

Pechanga is absolutely beautiful and has some of the nicest accommodations of all of the places I work. 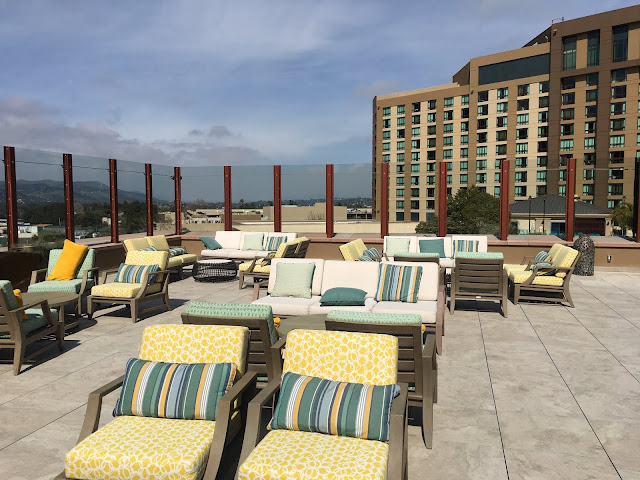 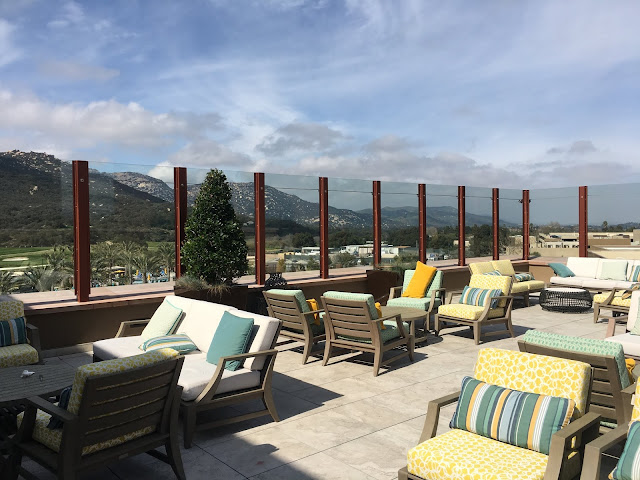 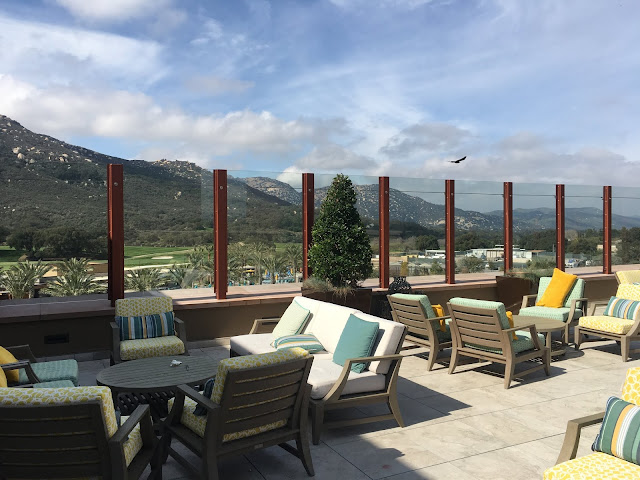 Not too bad for the views, eh? 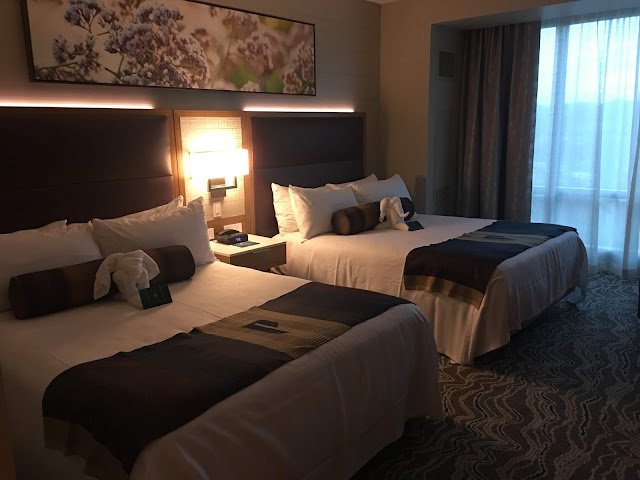 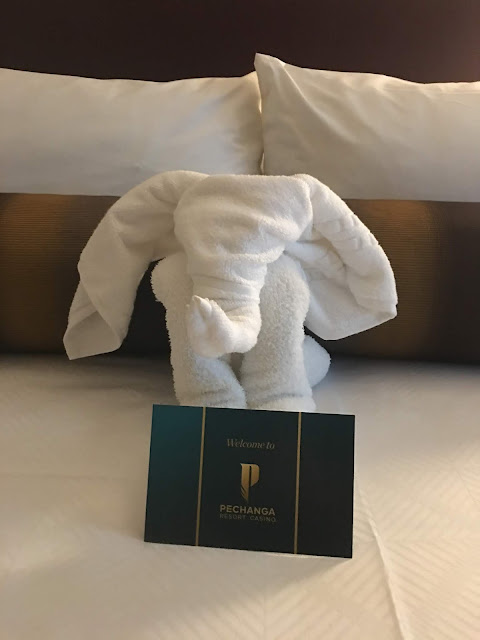 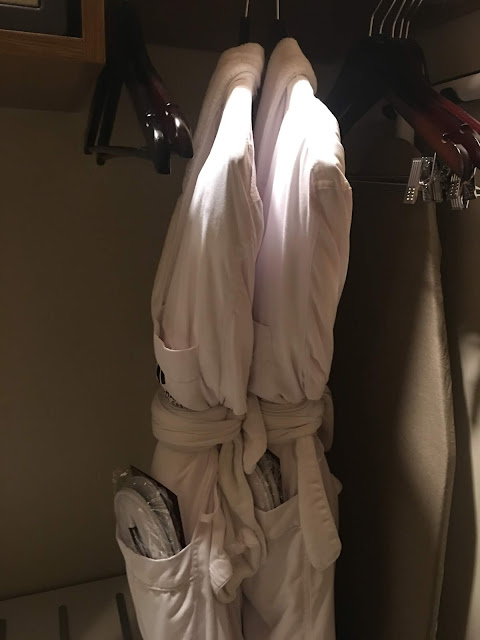 Love me some bathrobes and towel animals!

Before Brent arrived, converting the sink into a makeshift cooler was a must. 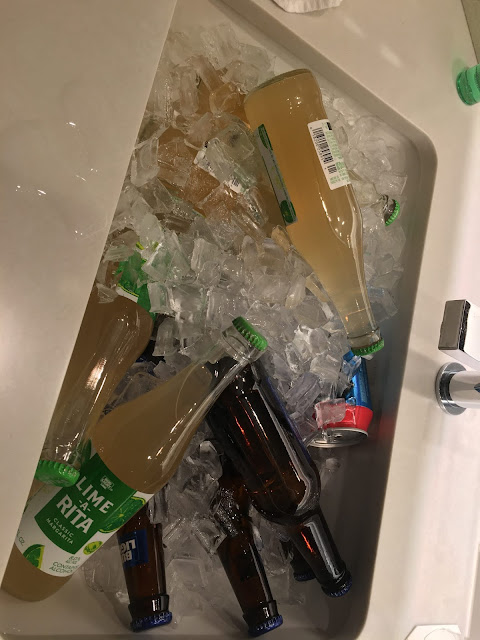 Oh, and so was hitting the buffet! 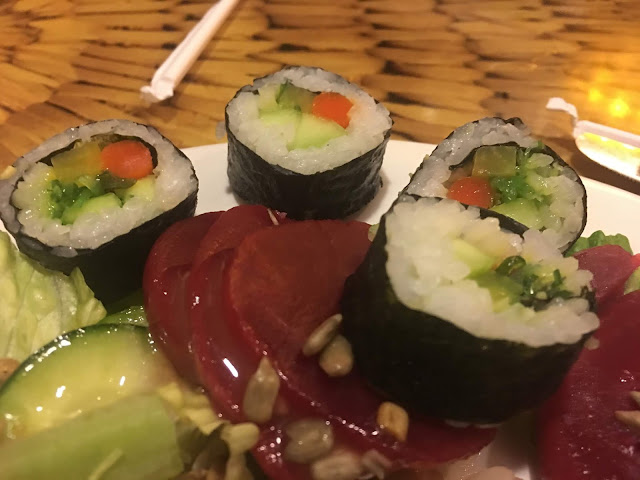 I opened for Skip Clarke, which was really fun. He and I first got to be friends on a run in Wichita, Kansas years back, so seeing him again was great. 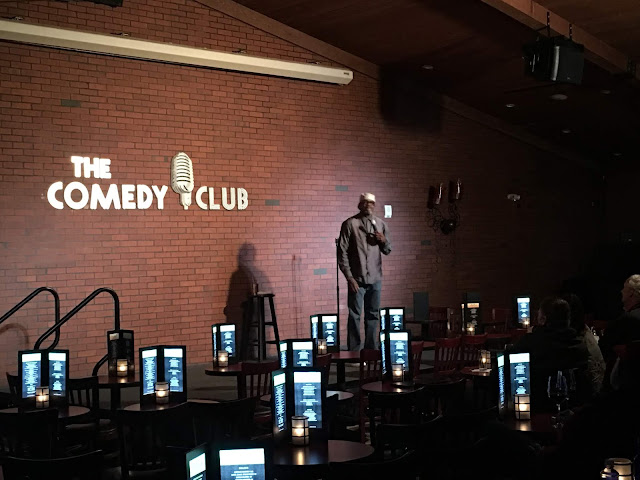 During the day, Brent and I busied ourselves with losing money gambling and checking out Old Town Temecula.

We listened to Blues and had some Mexican food and margaritas. Sadly, it was raining, so we didn’t get a chance to walk around as much as we’d hoped, but it was still a lot of fun. 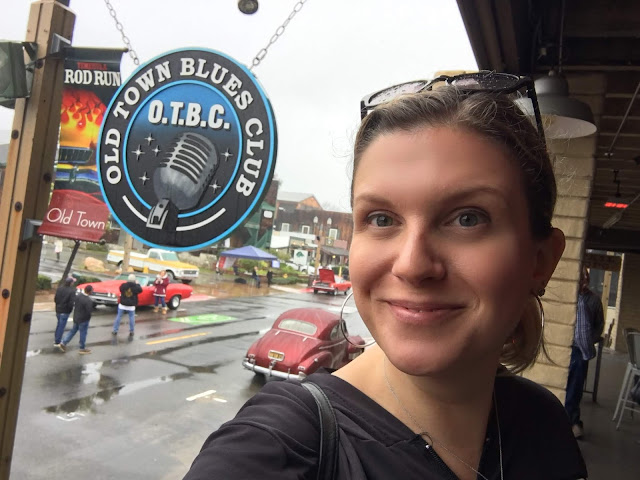 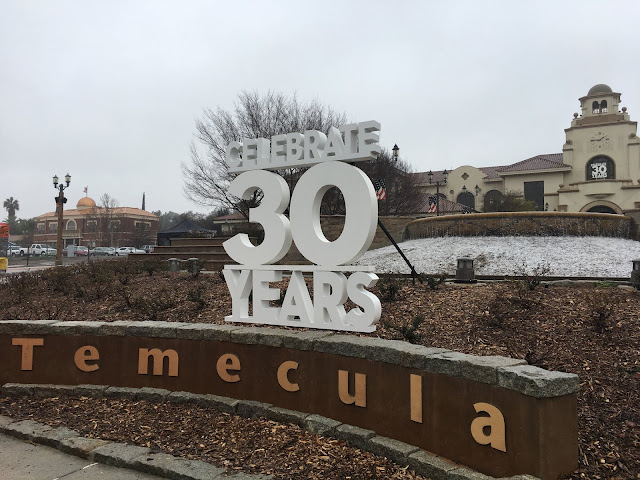 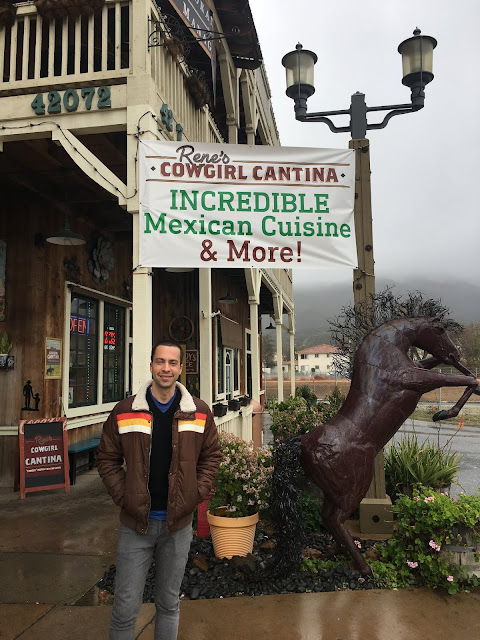 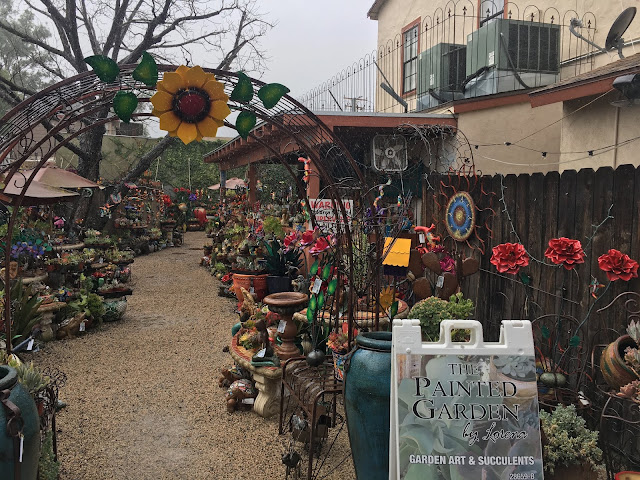 Getting home was an adventure to say the least. I had the brilliant idea to fly home after the show on Sunday evening in order to make it home first thing Monday morning. After my set, I practically ran off stage, grabbed my car from valet, raced the 1 1/2 hour drive to San Diego, got gas, returned the car, ran to the terminal, only to be met with a long security line. I was sweating bullets, but, thankfully, my flight was slightly delayed, so....I ACTUALLY MADE IT!

I snoozed nearly the entire way back to Detroit. Thank the universe for direct flights, window seats, and considerate row-mates who don't hog the armrests.

I then boarded a shuttle to get my car, quickly got into that, and drove another 1 1/2 hours home!

Despite the trip home being a bit of a beast, the whole weekend was just a blast! Seeing Brent was an unbelievable treat! And getting filled up with good food, cheap beer, and laughs was pretty awesome, too. Monday was pretty rough for my sleep-deprived self, but so worth it.
Posted by Kate Brindle at 3:06 PM No comments: