Guess who got a break from Michigan's cruel and unusual temperatures sub-zero temperatures with a trip to Florida?

If you say me, you're either 1. an awesome guesser or 2. a master of stating the obvious seeing as it's my blog.

I was so very happy to hop in my car, leave Michigan's snow behind, and put on my flip-flops as soon as I hit the Kentucky border. My apologies to the folks in the I-75 rest areas who had to deal with my ghostly white, severely neglected feet.

When I arrived in Jacksonville, I was excited to learn I'd be working with Richie Holliday. Not only is he super nice, but I think he kind of looks like Joey McIntyre (especially when he does NKOTB's "Right Stuff" dance, which he was kind enough to treat me to). Our MC for the weekend, A-Train, was also incredibly nice (and really funny). 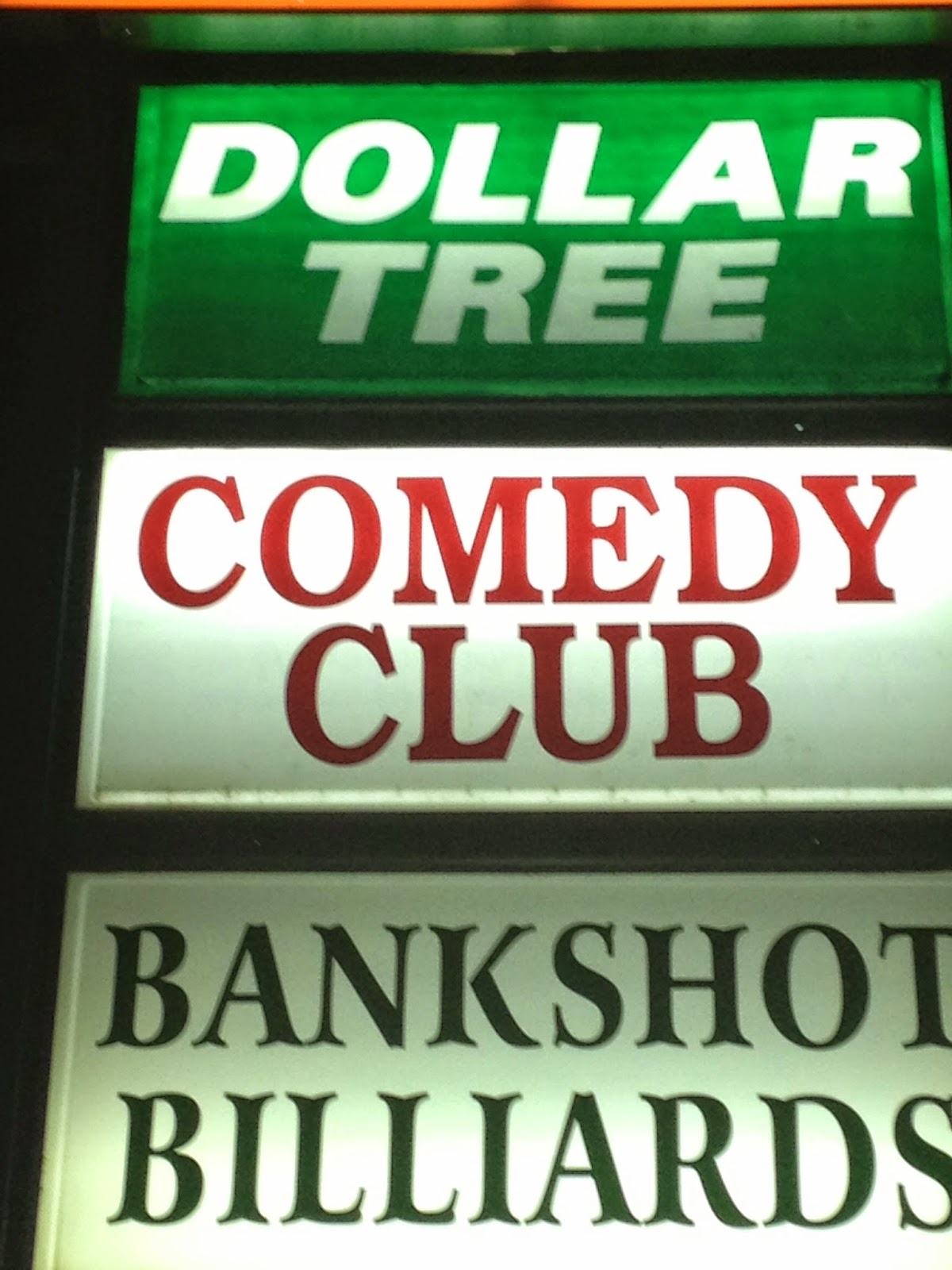 Best combination ever! Now, if only they could squeeze a Taco Bell in there, I'd be in heaven. 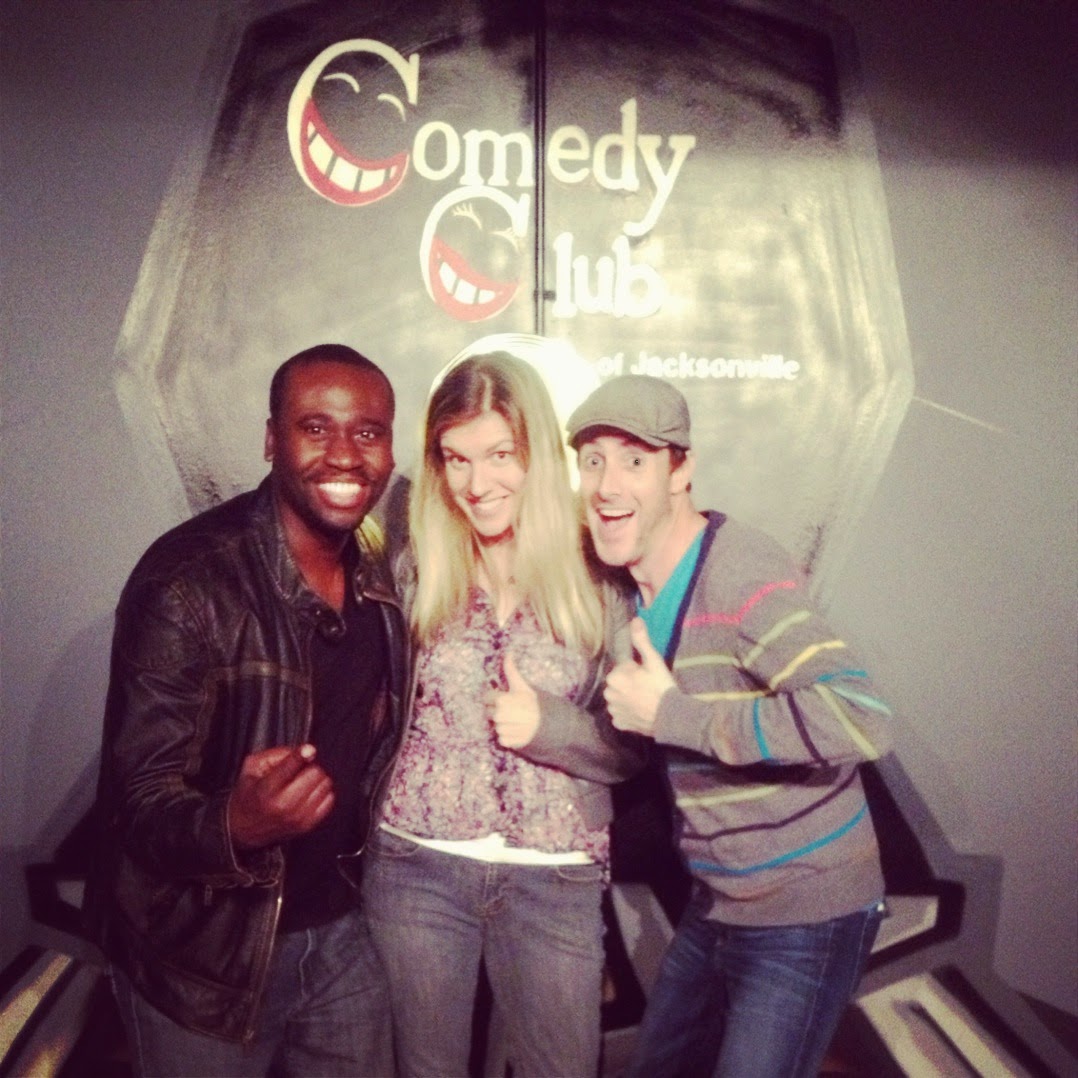 Richie's partner, Amanda, also joined him for the trip. And I found out she loves vegan donuts just as much as I do. Not only that, but she researched ahead of time, and found that Jacksonville has its very own vegan donut shop. That, my friends, wins the 'Best News of 2014' award.

So, of course, we had to make a trip. 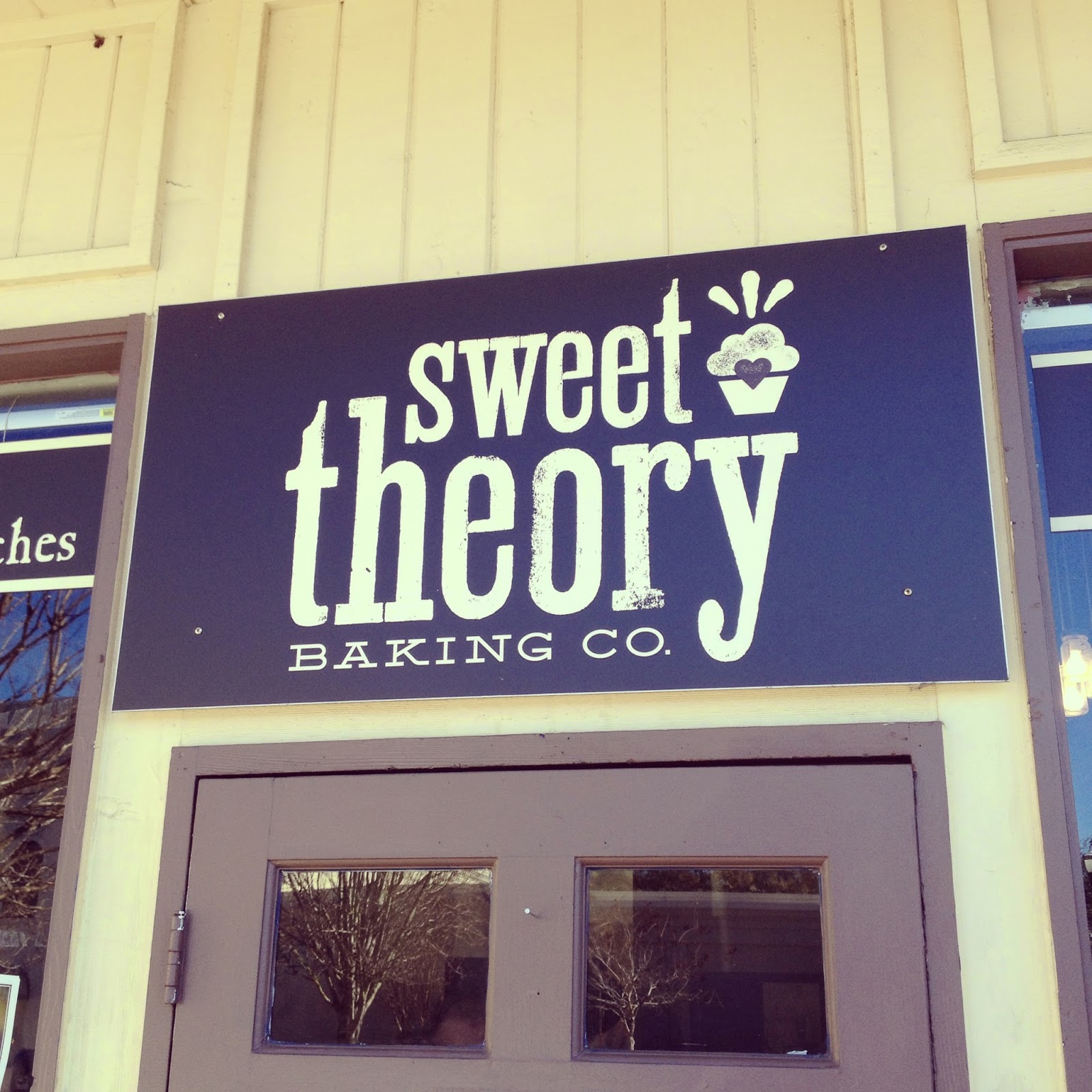 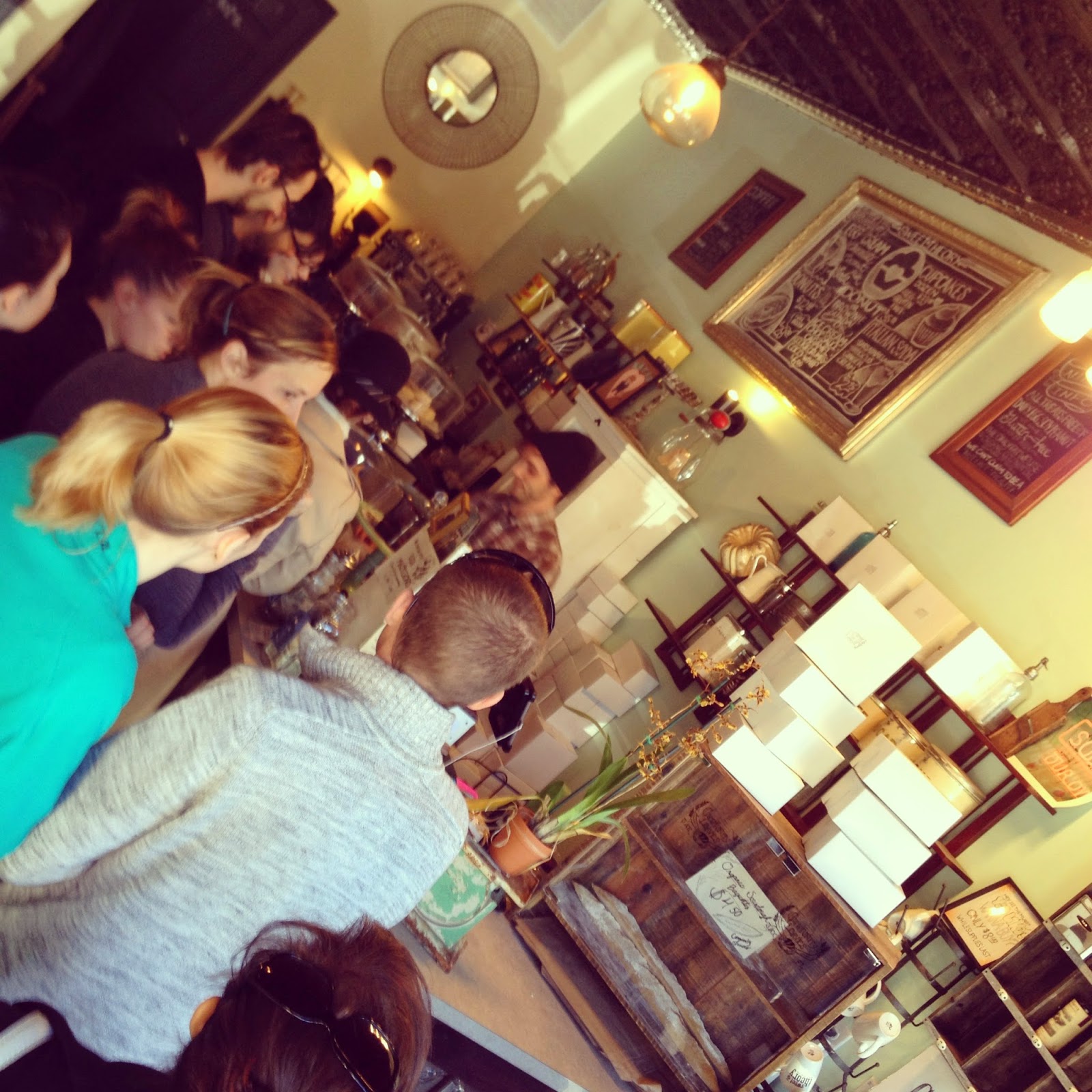 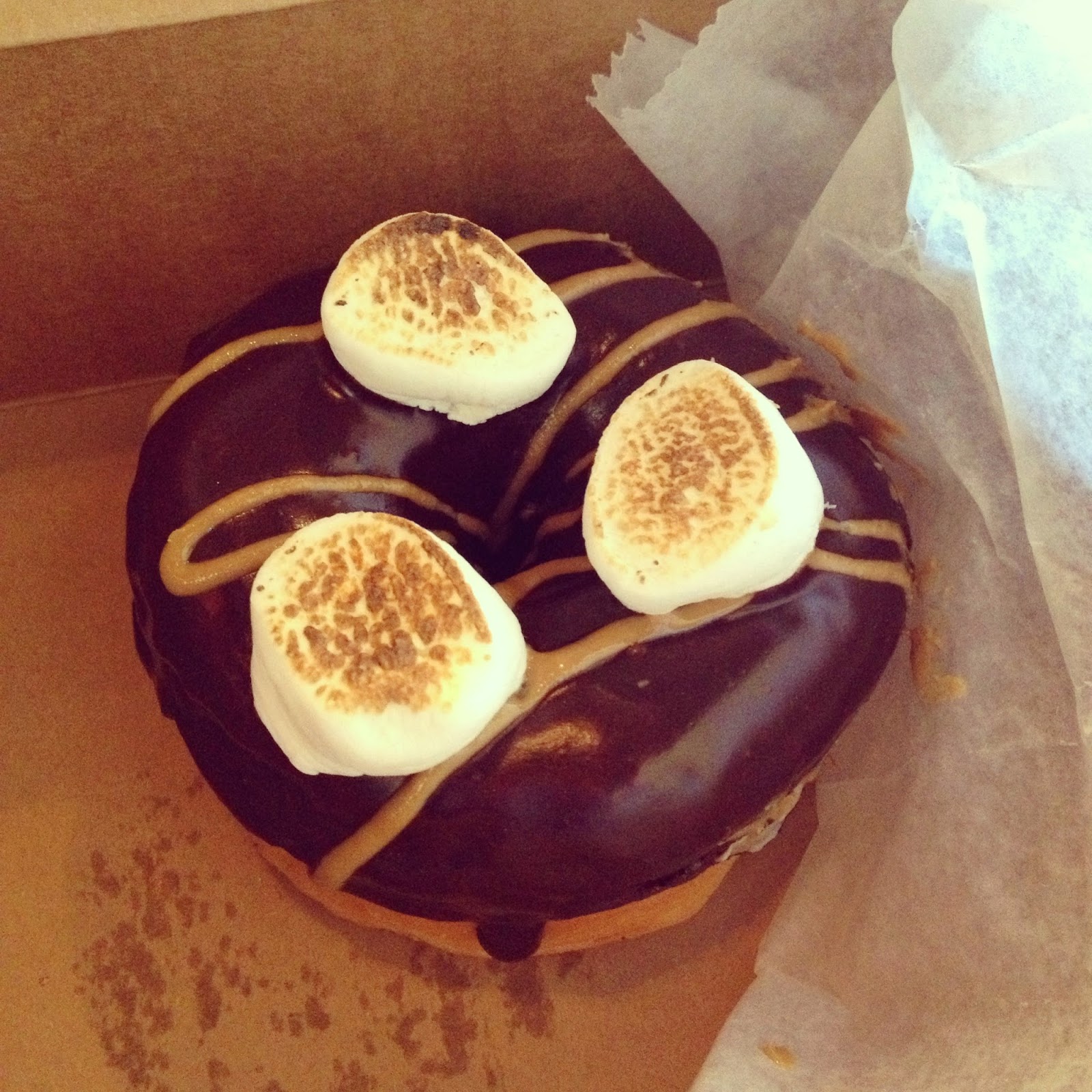 That's my s'mores donut. If I ever release an album/book/law review article/any other written publication, I will be dedicating it to said donut as it was sheer perfection. 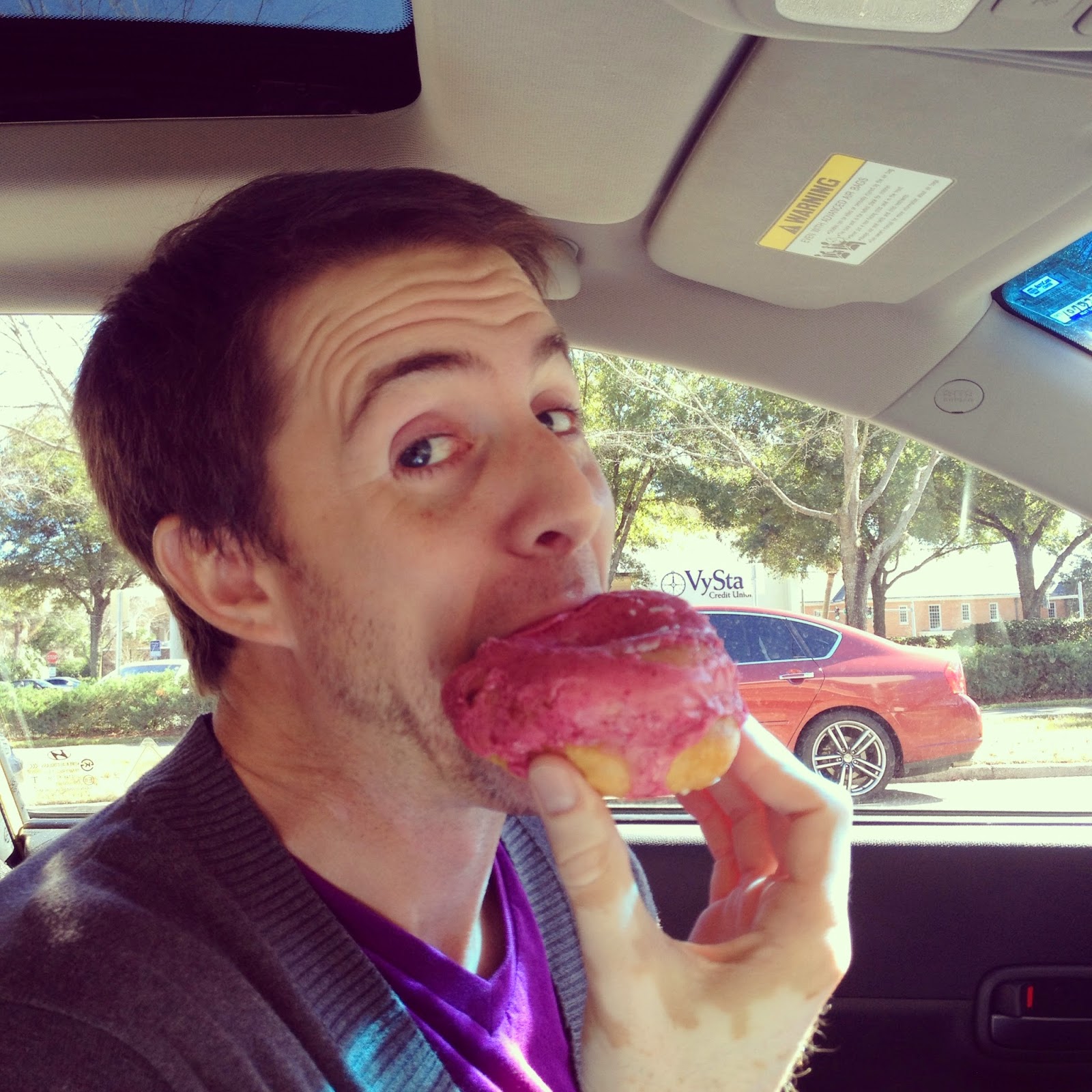 Overall, it was a really fun weekend. Nearly sold-out shows, and great company!

On Sunday, I headed up to a show in Fayetteville, North Carolina to perform at a one-nighter on my way back to Michigan. I didn't snap any pictures, but this conversation happened after my set:

Setting: bar in the back of the showroom, me doing a quick email check on my iphone.

Him: (awkwardly stares at me for a while)
Me: (pretends not to notice, gets more and more engrossed in iphone)
Him: Hey.
Me: (grimaces) Hi.
Him: You waiting for anybody?
Me: Um, no, just watching the show.
Him: Oh.
LONG PAUSE.
Him: You're pretty (awkward 'heh' sort of sound).
Me: (half-smile). Oh, thanks.
Him: What are you doing here?
Me: Just waiting to get paid...watching the headliner.
Him: Oh.
LONG PAUSE.
Him: You got a boyfriend.
Me: (quickly) Yep.
Him: How come he's not here with you?
Me: Well, I'm working.
Him: What do you mean?
Me: I was one of the comics on the show. I just got off stage 5 minutes ago.
Him: Really?
Me: Yeah...I was up there for half an hour.
Him: Hmm, I had no idea.
ANOTHER LONG PAUSE.
Him: Well, good luck to you.

He then immediately walks back to his seat in the front row, where he's sitting with his girlfriend.

Way to keep it classy, bro. Not only are you hitting on other women while you're out with your girlfriend, but you got so drunk that you can't recognize someone who you were 3 feet away from for 30 minutes.

Luckily, I didn't have any more run-ins with Mr. Forgetful Pants and was able to escape without any awkward encounters. 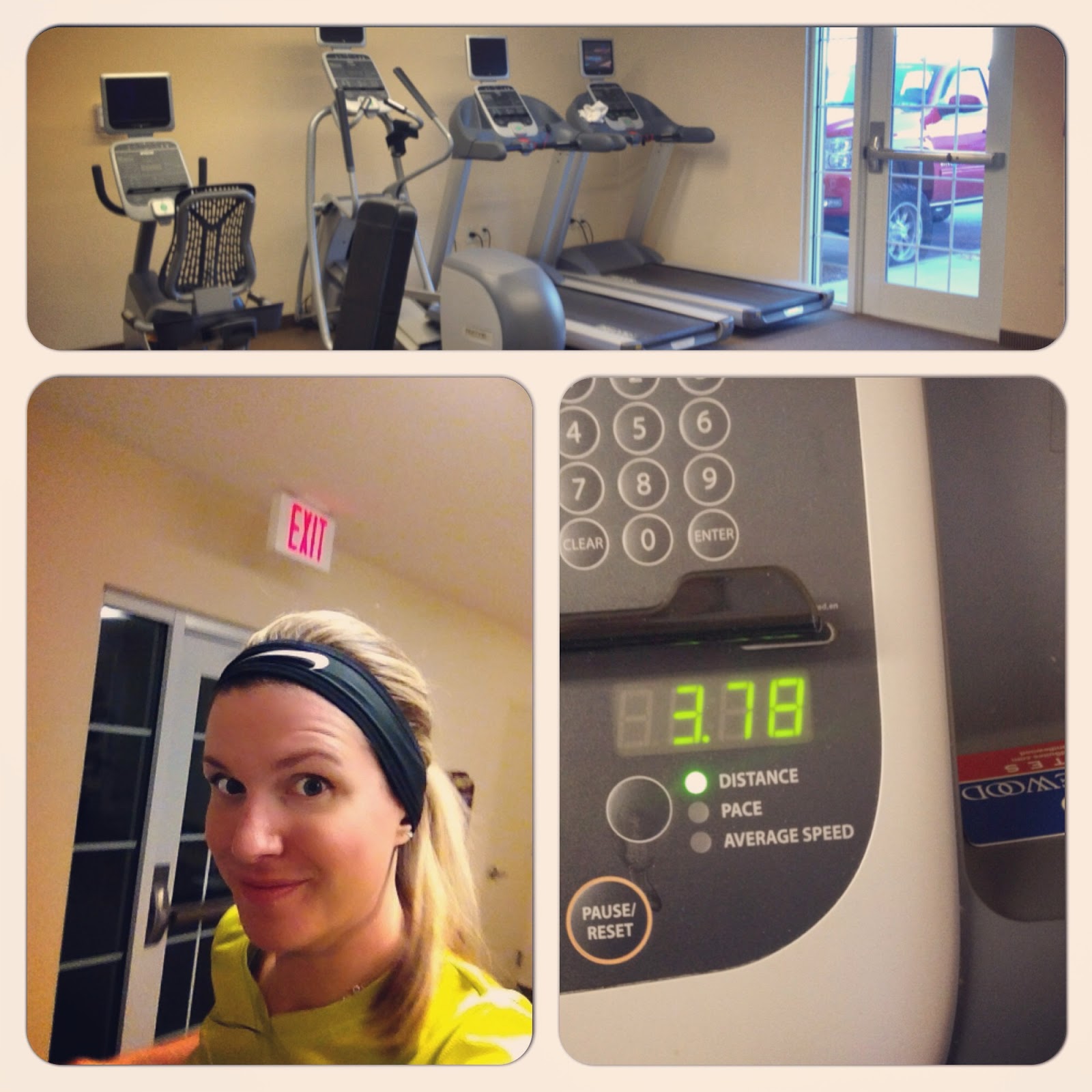 On Monday, I got up early in the morning, squeezed in a few miles, and am now headed back to the snow and ice.
Posted by Kate Brindle at 8:43 AM No comments:

I'm pretty sure my resolutions (flossing, taking vitamins and sleeping 8 hours per day) officially qualify me as old and boring.

I also vowed to give up my one great addiction in life: diet soda. While soda doesn't cause me to hold up a bank or curse out my family at holiday gatherings (as many additions do), I feel like I'm probably giving myself countless tumors by drinking such massive quantities of chemicals. So I decided this would be the year I'd quit it entirely.

I'm happy to report that day 1 was a success. I didn't get the shakes or anything like that, but I did think of diet cherry Pepsi nearly every five minutes. Hopefully that part gets easier. And if not, I suppose I'll just replace it with beer.

Just like 17 million other people, I went to the gym today and did my first run of 2014. And also like them, my gym-going won't make it past February.

I also had some delicious vegan sushi. 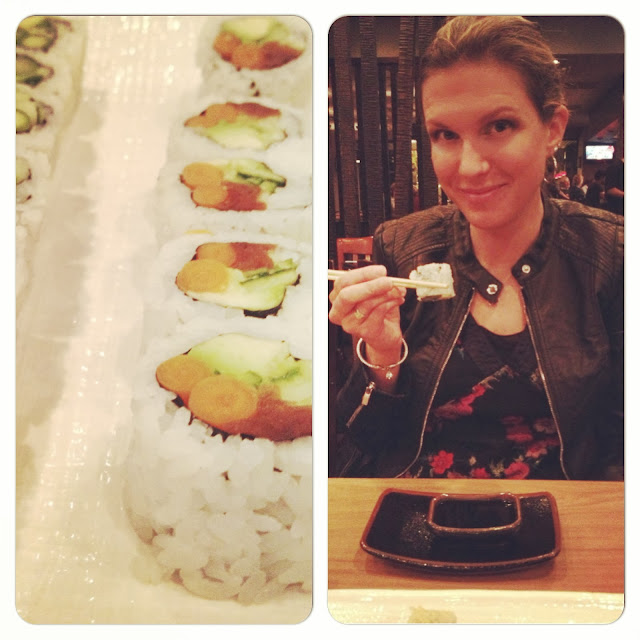