For the second time, I had the pleasure of competing in the National Animal Law Moot Court Competition at Harvard Law School. It was considerably less snowy than when I went there the first time. 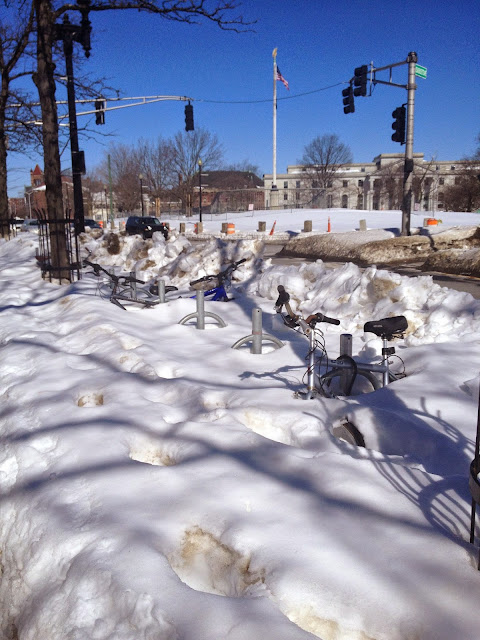 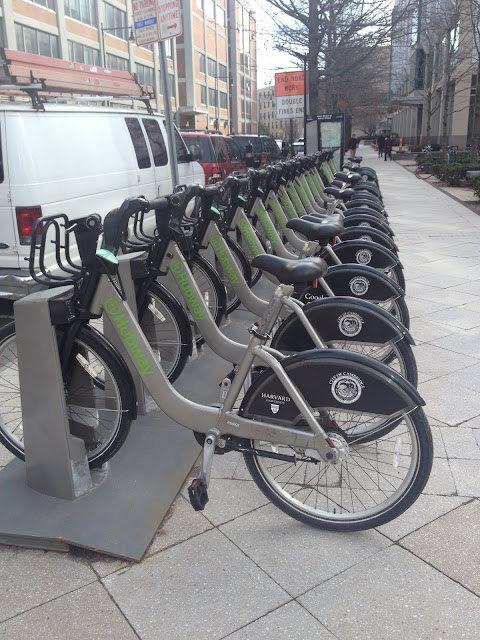 After our early morning flight (on which I got a taste of the Boston accents I love so much when the flight attendant announced that "JetBlue only accepts credit cahds"), we explored MIT's campus (which, PS, is just as geometric as you'd expect). 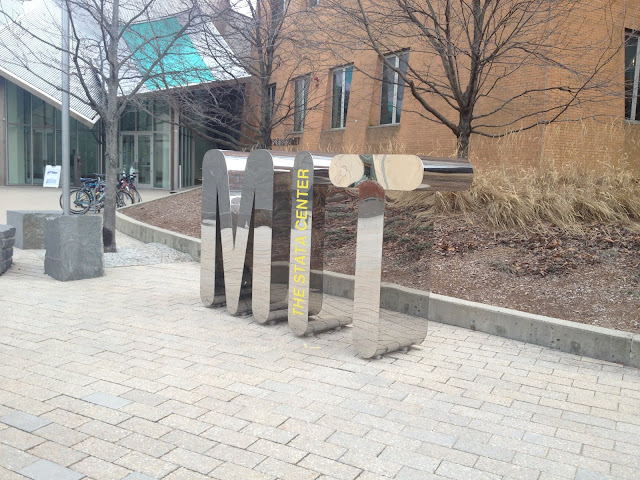 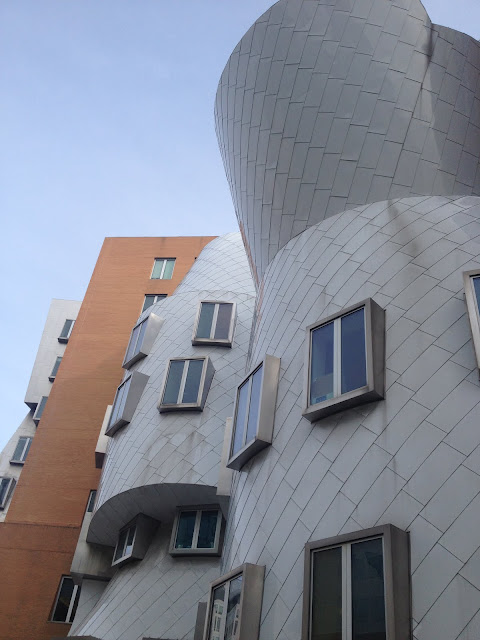 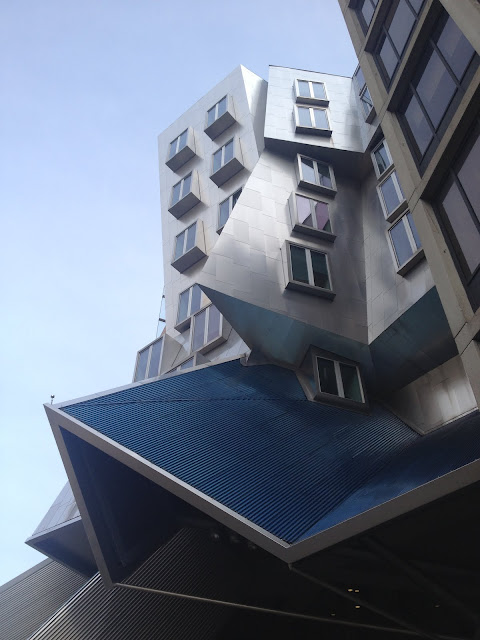 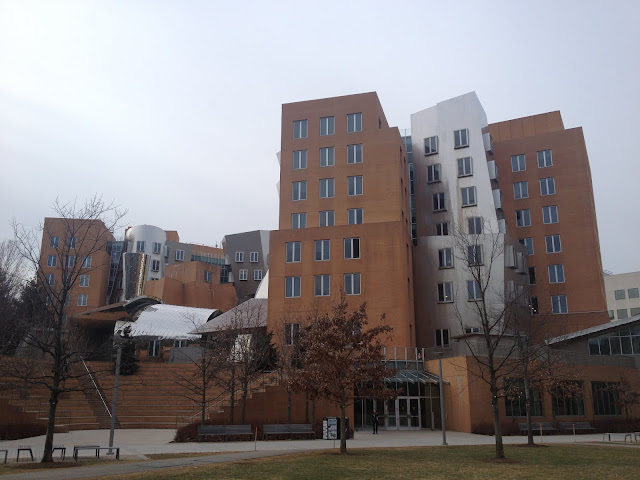 And on Saturday and Sunday we competed. It was so great to see colleagues I had met the previous year and to make new friends. Being around other folks who want to use the law to help animals is so inspiring! 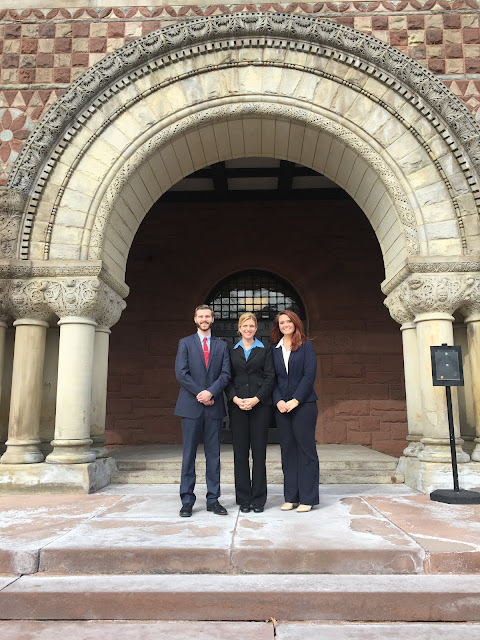 That's Christian (my co-counsel), Hailey (who competed in the closing argument competition), me, and Harvard's super fancy architecture.

And us after competing in our semi-final and final round. 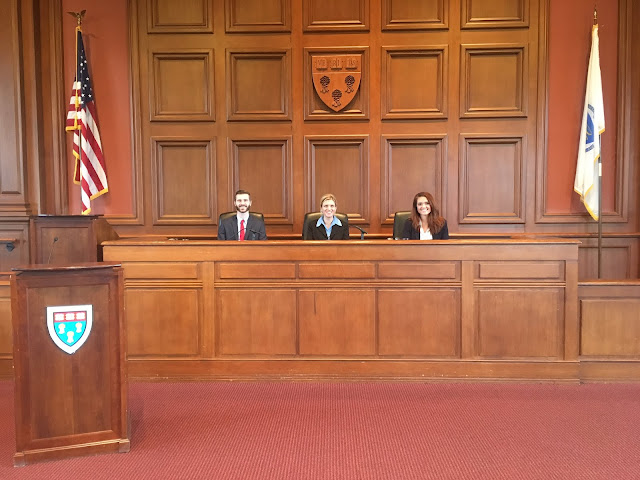 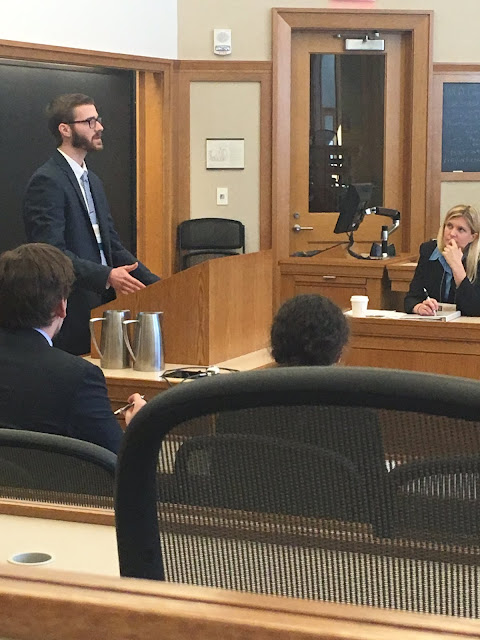 Looking all lawyer-y in one of our rounds.

Like last year, the tournament was an incredible experience. And the food was all vegan (like the chocolate cake featured below) and top notch! I may or may not have brought my own tupperware to take left-overs home in. 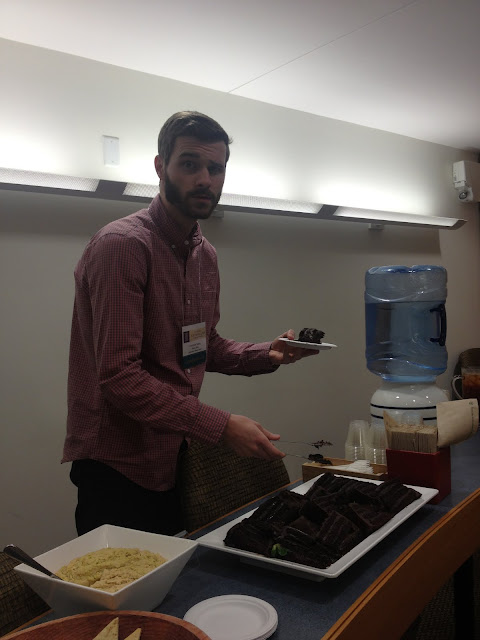 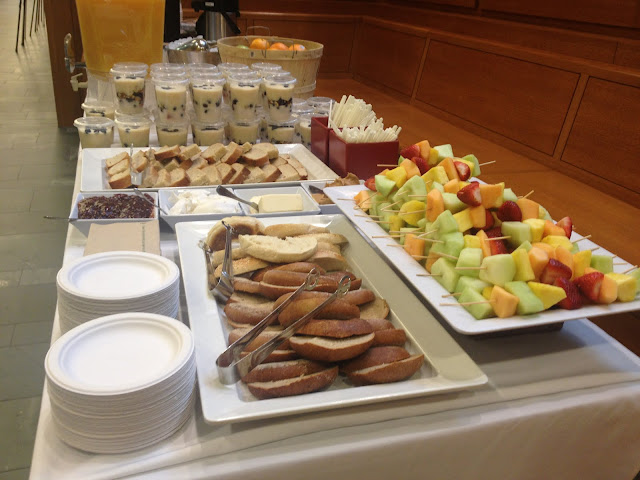 I wished we could have stayed longer, but alas, we had a plane to catch, and I had a final to take on Monday. Until we meet again, Boston, I'll be sure to have my credit cahd ready to buy all your vegan chocolate cakes...
Posted by Kate Brindle at 9:39 PM No comments: 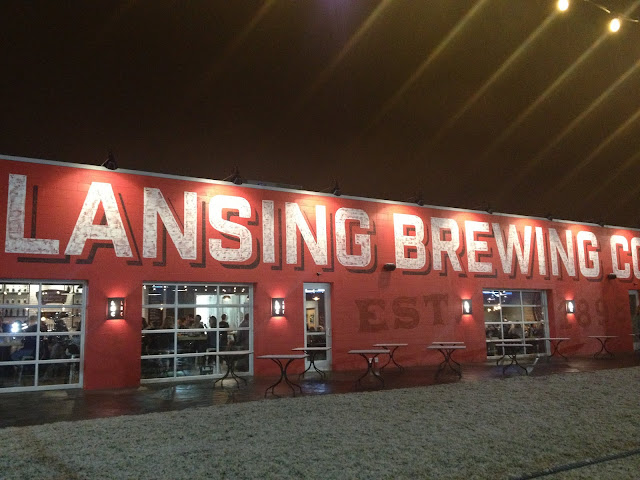 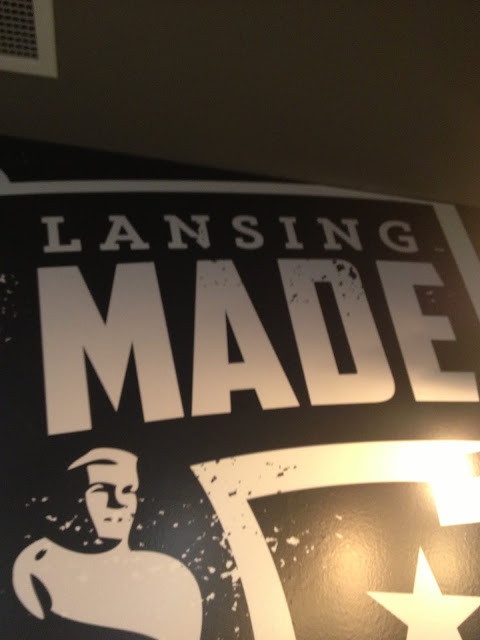 I had Friday off (well, off as in no stand-up gig; I still worked on my never-ending law school homework for quite a while), so I decided to head to the Lansing Brewing Company. I love local breweries, and I had heard this one was particularly good, so I was eager to check it out.

And just because we take as may selfies as middle schoolers: 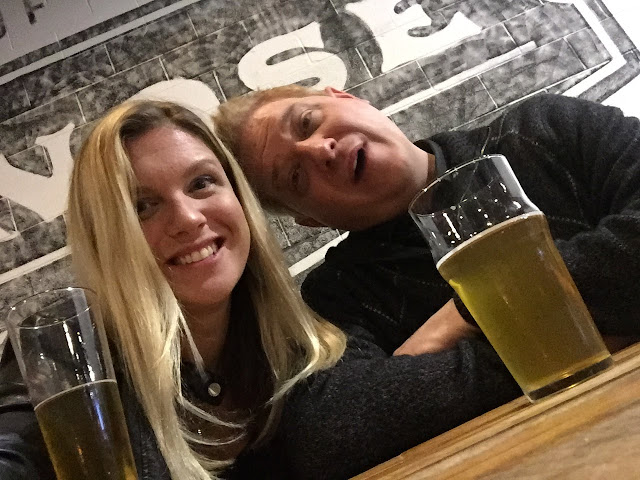 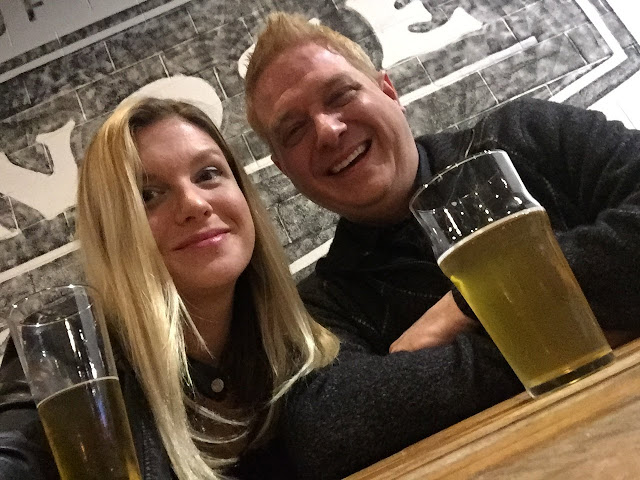 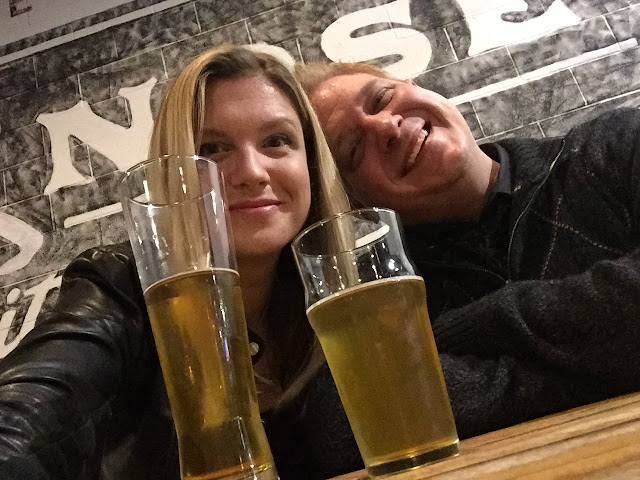 Trust me from experience: there's no quicker way to lose craft-brew cred than by ordering "whatever is most similar to Bud Light." I guess I know better for next time.

On Saturday, I got to work with my good buddy, Keith Lenart. We had a blast at the Bull Ring in Goodrich, Michigan. 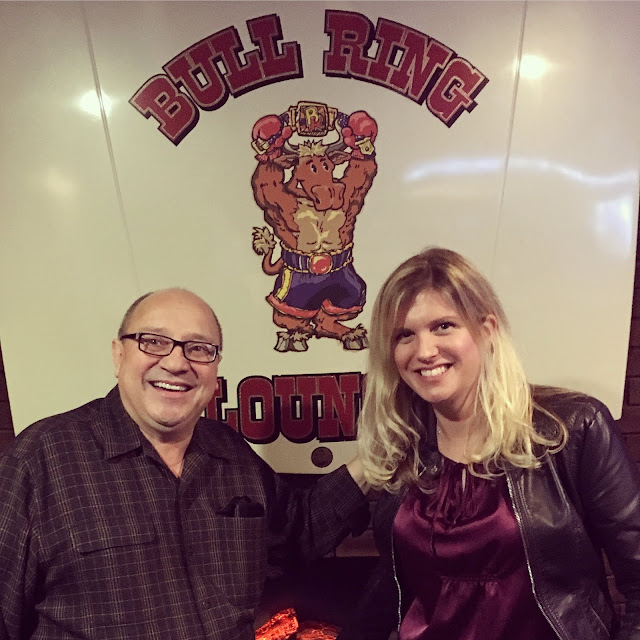 On Sunday, I stuffed my face like it was my job. Hey, what better way to celebrate a New Year's resolution 10 pound weight loss than to gain it all back in one day? Right?

I had planned to make awesome, vegan Super/Puppy Bowl food like this, this, and these, but instead, I parked it on the couch with my homework  while my equally as awesome main squeeze made me a carb-o-riffic dinner. P.S. You know you've gone yourself a keeper when they make avocado-topped pizza (and pizza sauce) from scratch. 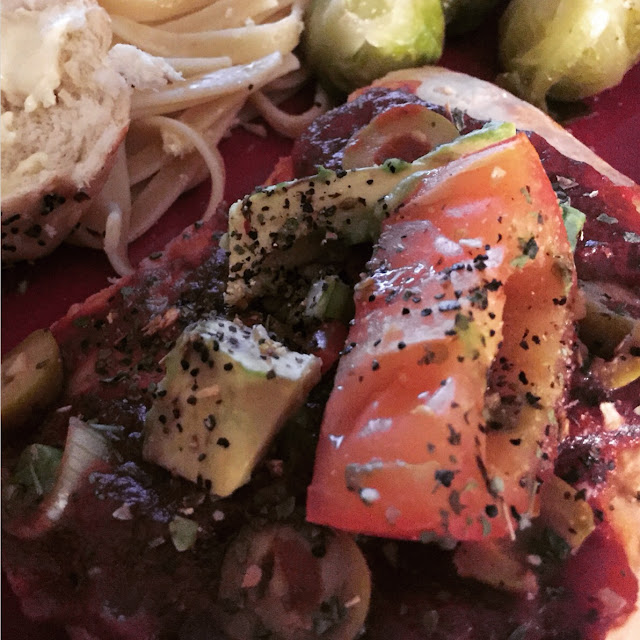