Performing in California for the first time!

When I first started doing stand-up, I made a goal to get paying gigs in all 50 states. Consider California officially crossed off the list. This past weekend, I performed at Pechanga Casino in Temecula, California. The property was absolutely gorgeous, and the crowds were on fire! Even though I was horrendously sick with a nasty sinus infection (the worst one I've ever had in my life, actually), I still had an awesome time.

On Friday, I lost my voice from said sinus infection. Luckily, the crowd was super understanding and forgiving, and they even gave me an applause break when I thanked them for listening to someone who sounded like a chain-smoking Marge Simpson for thirty minutes.

I figured that the warm weather would help my immune system (and also dry up some of the junk in my nose). So, on Saturday, I decided to park it by the pool and listen to podcasts (I'm currently obsessed with Up and Vanished).

P.S. This is what happens when you're from Michigan, and you think mid-60's is pool weather: you get the place to yourself. 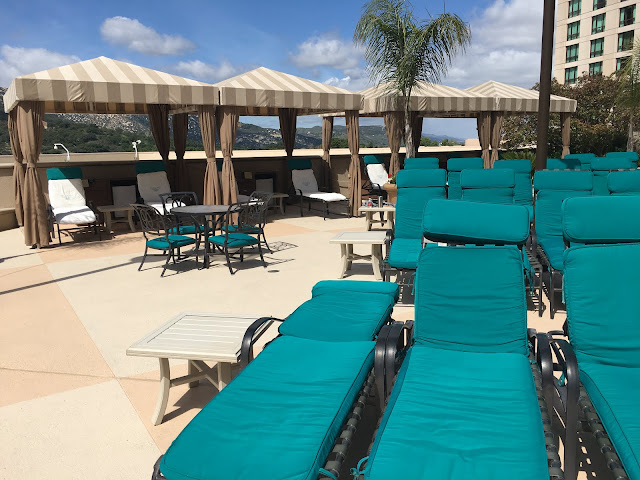 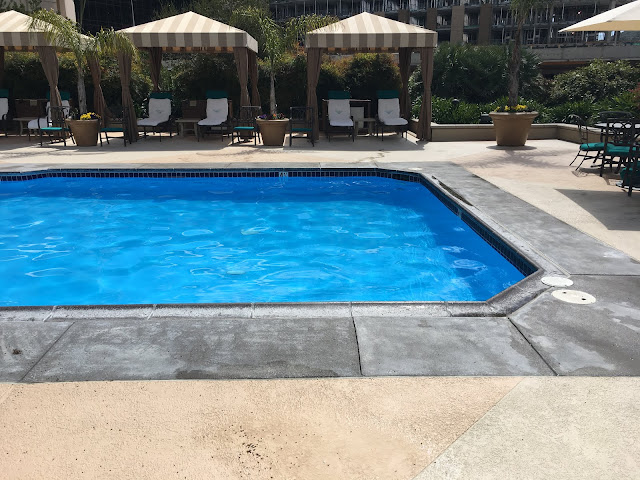 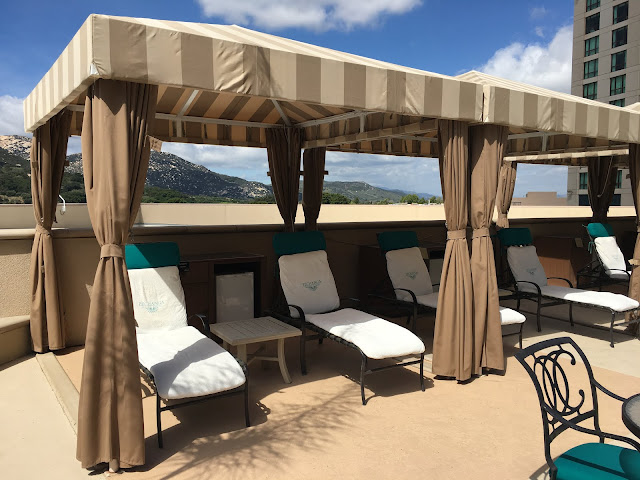 Silly me ended up falling asleep at the pool and getting a wicked sunburn.

So, between my bright-red skin and snotty nose, I was a hot mess.

Luckily, my voice came back a little bit by Saturday's show. Phew.

After the show, I treated myself to vegan sushi in my hotel room. 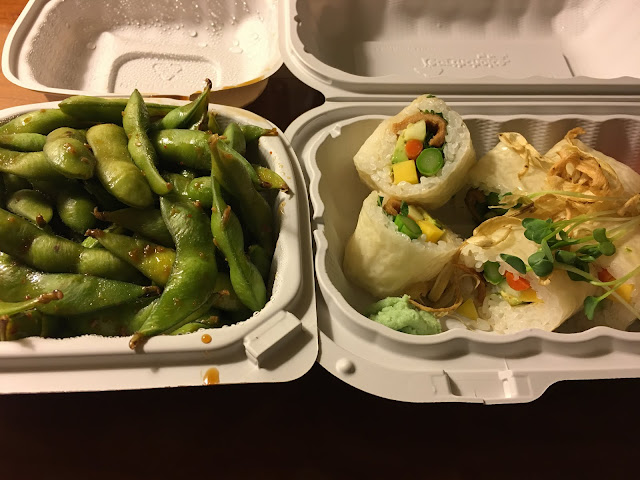 Also on the food front, on my way back to the airport, I had to stop at Veggie Grill (this is a requirement if I'm within 200 miles of one - the food is that good!). I pretty much always get the same thing (vegan mac and cheese and Caesar salad), but this time I added mashed potatoes and gravy to the mix. 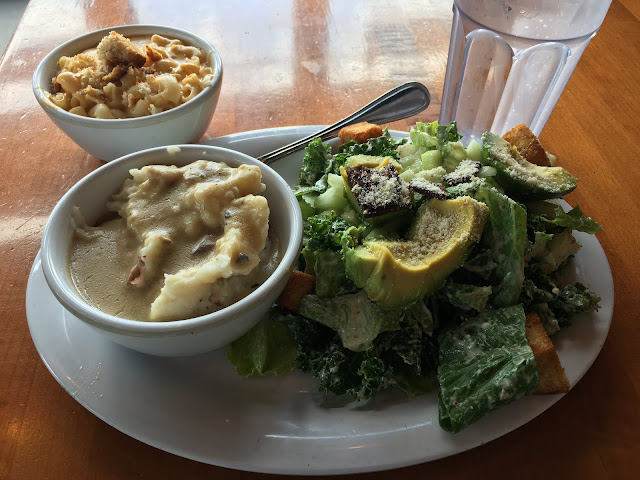 I took a red-eye flight back home, but my rental car was due at noon. So, I sat my butt in the Virgin Lounge at LAX, took advantage of all the free food and drinks, and generally felt like a VIP. Well, a VIP who probably alienated all the other passengers by coughing and hacking up phlegm near them. Hey, at least I got a row of seats to myself. Plus, I got to watch the planes take off, which was quite interesting. 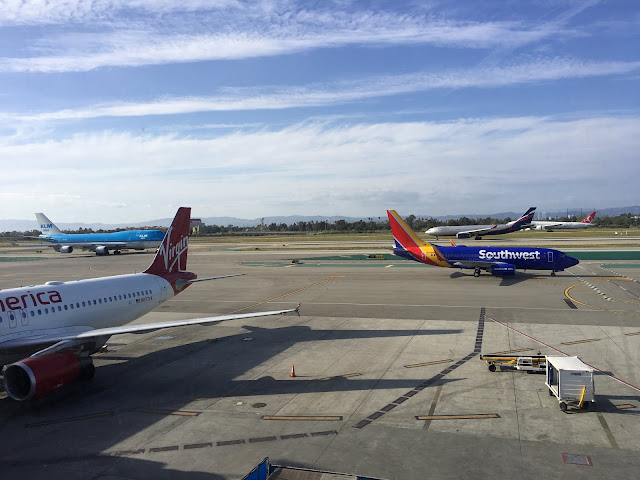 My flight home was long and turbulence-filled, and I was so very happy to get home to my own bed. Other than being sick and losing my voice on stage, I had a blast of a weekend!
Posted by Kate Brindle at 4:39 PM No comments:

This week, I returned to one of my favorite cities in the U.S.: Seattle. Other than a quick connection through the airport when I returned from Hawaii last year, I hadn't been there since 2010.

I woke up around 3 am, headed to Keith Lenart's (the headliner, and my frequent travel buddy) house, and his girlfriend drove us to the airport. We took two flights to Seattle, and even scored our own row on the Detroit-Chicago leg. 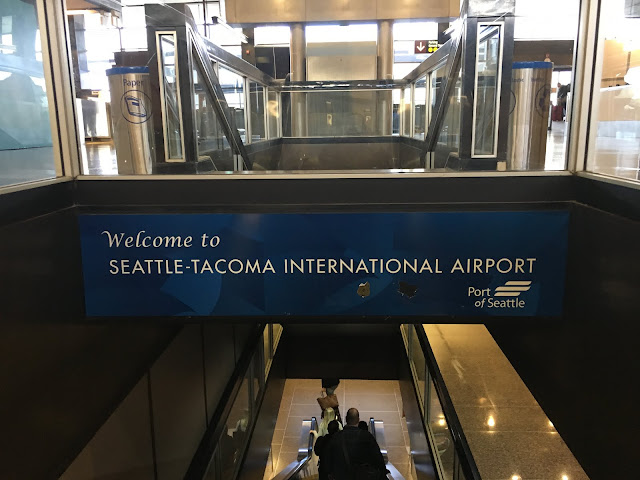 The first order of business upon landing was finding yummy vegan food. I had forgotten that Veggie Grill (my favorite chain of vegan restaurants) had restaurants in Seattle. So, we quickly found our way to one. 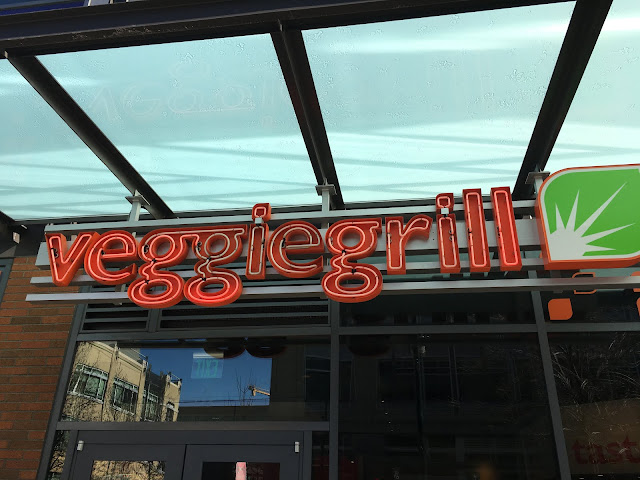 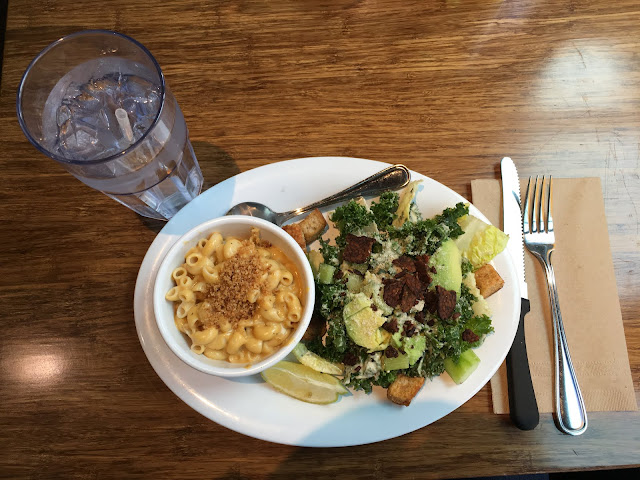 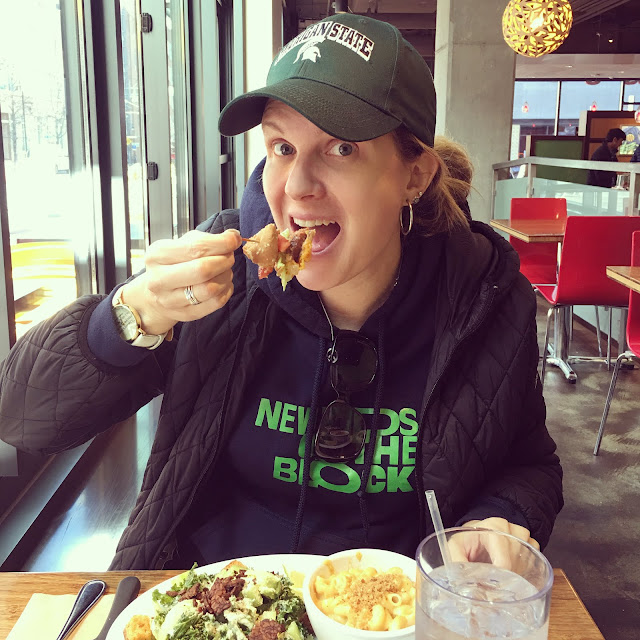 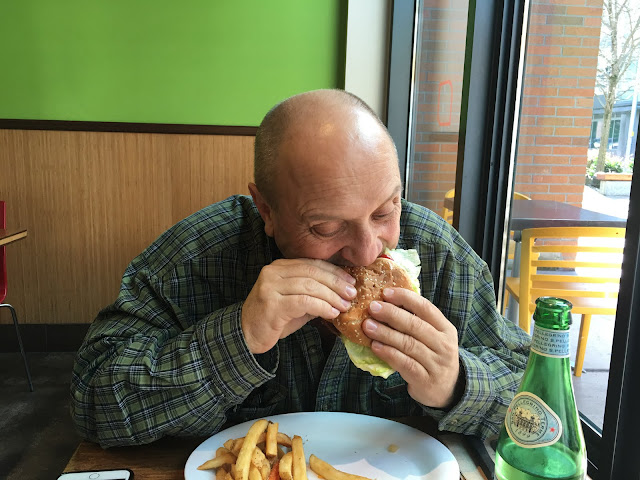 I had the mac and cheese and a Caesar salad, and Keith had the Beyond Meat burger (which, he thankfully, let me steal a piece of). Both were beyond good!

We then headed about an hour and a half north to Tulalip Casino for our show that night. Unfortunately, I forgot to take pictures at the show (despite it being a lot of fun!), but I did snap some pictures of the sushi we had that night (priorities, no?). 'Twas delish! 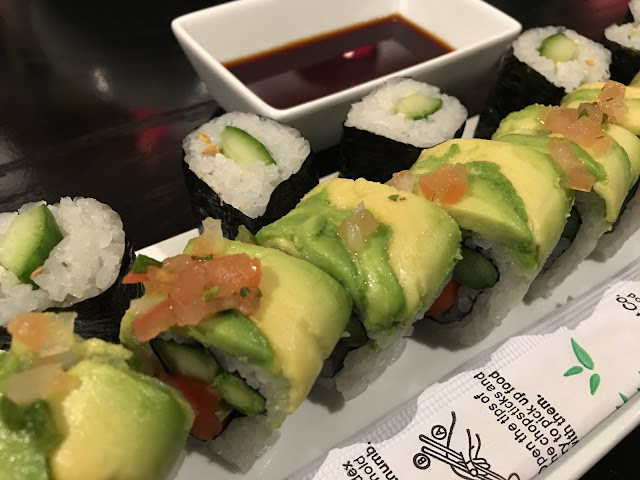 The next day, Keith and I decided to be tourists in downtown Seattle. I talked him into riding the Great Wheel, which, in retrospect likely was not worth the $14 admission price. Although, since there were barely any other riders, the operators gave us three extra spins around. 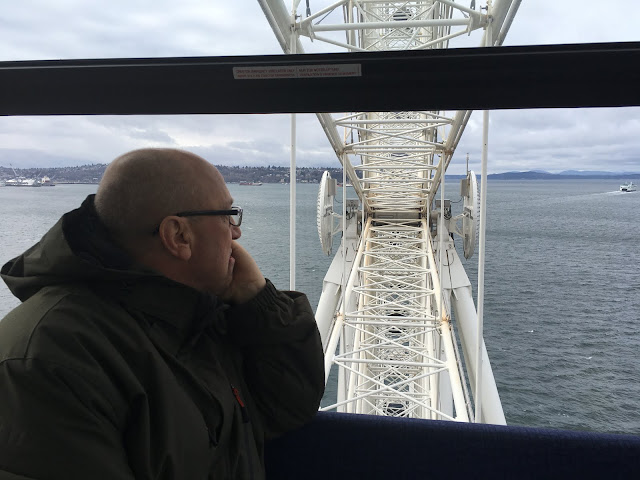 After getting off the Great Wheel, we found more spinny adventures. We decided to save our money on this one though. 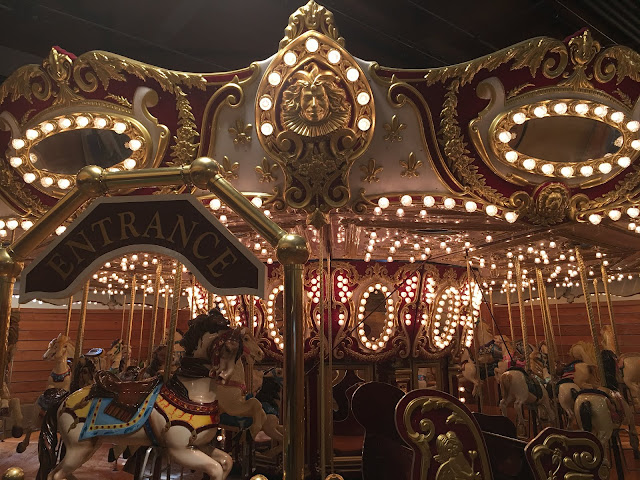 We talked around Pike Place Market, where I bought a snickerdoodle cookie the size of my head.


That night, we performed at Muckleshoot Casino. Not only was the show a lot of fun, but I had the pleasure of meeting Washington comics Charles Dorbey and Marianne Reilly. Not only did they both have me cracking up, but they could not have been sweeter. 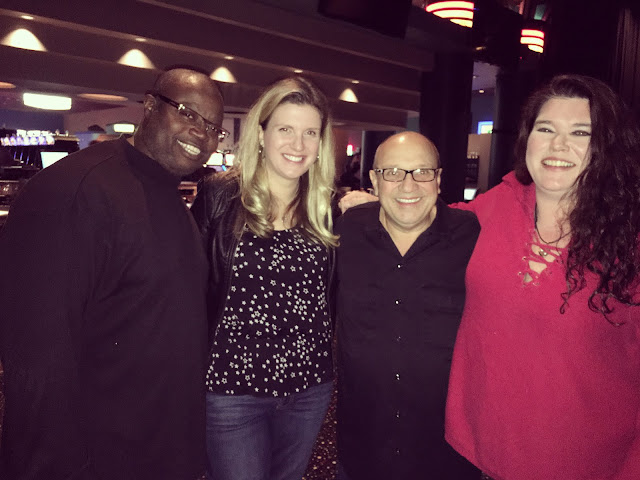 On Thursday, I headed across the entire state of Washington and onto Pendleton, Oregon for my gig at the Wildhorse Casino. Again, I could kick myself for not getting any pictures of the show. I did, however, manage to snag a shot while driving (shh...don't tell anyone) through the mountains. My time in Pendleton was quick, and before I knew it, I was driving back through the mountains to pick up Keith and fly home.

I definitely wish I could have stayed longer!
Posted by Kate Brindle at 12:24 PM No comments: