First time flying to a gig!

Hello, severely neglected blog! My most sincere apologies for not taking the time I should with you. I've just been busy with things like internet stalking MMA fighters and making vegan chocolate chip cookies. It's all about priorities, you know.

But, I am happy to report that I am back from my hiatus, complete with a blog all about my Minnesota adventures in hand.

At the end of March, I worked at the MinneHaHa Comedy Club in the twin cities, Minnesota. It marked my first time flying to a gig! You see, the headliner, Bob Phillips, is not only a super funny comic, he's also a wicked nice guy. And he booked my ticket for me. As much as traveling in my Civic with 320,000 miles on it and no air-conditioning it great fun, it sure was nice to magically transform a 12-hour car trip into a barley 2-hour plane ride.

Way too much carry-on. Sorry, people behind me. Waiting for the thunderstorm to pass so we can take off. Because if there's one place I like to be during a lightening store, it's in a giant capsule made entire of metal! 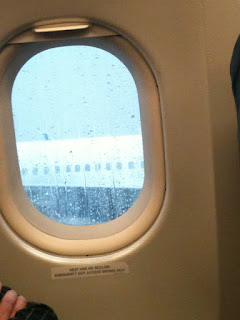 After we waited out the weather, the flight was quite nice. Bob even let me play with his iPad, which I promptly used to take silly pictures of myself. 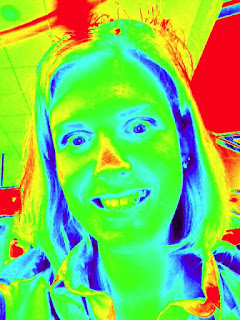 We had great shows on Friday and Saturday night! It was fantastic to see Mike, the club owner (not to mention one of the nicest folks in comedy), and my buddy Kate Urquhart, who stopped by and did a killer guest set. Some pictures from our shows: 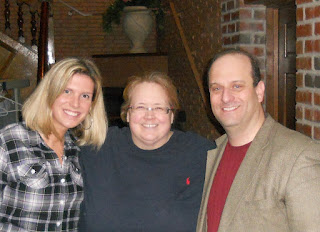 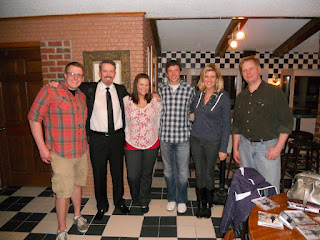 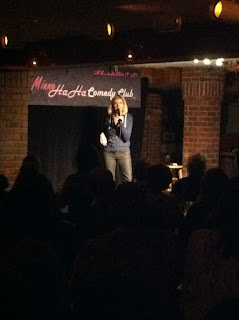 On Saturday, Bob and I met up with fellow Michigan comic, Mike Bobbitt for some breakfast. 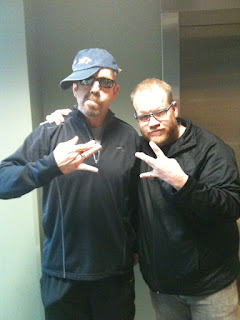 And then we hung out with this usual suspect: 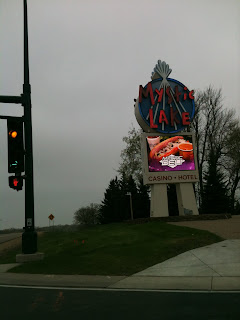 On the way to back to the airport to fly home, we passed this lovely sign: 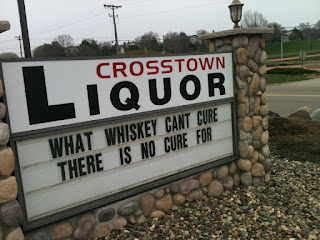 Words to live by.

Overall, it was a fantastic trip!
Posted by Kate Brindle at 3:54 PM No comments: