After hanging on the beach in the Outer Banks, I took MegaBus up to visit my friend, Brent, in New York City.  I had never taken MegaBus before, and after one trip, I am sold.  Not only is it amazing to sleep through traffic, but not having to pull over to use the restroom is pretty top-notch, too.

Brent and I destroyed some slot machines (and by destroy, I mean, lost money on) at a casino, visited my old stomping grounds (NYU), figured out cheap ways to drink (flask on the street) and had some really great vegan food at a neighborhood diner in Brooklyn.

Some pictures from our adventures: 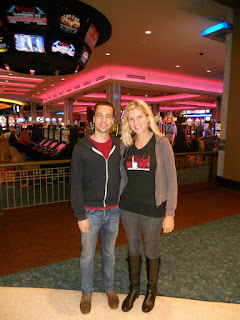 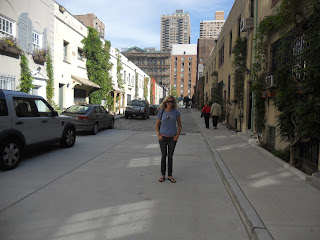 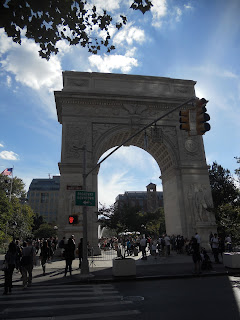 After (reluctantly) saying goodbye to Brent, I headed down to Newport News, Virginia for some shows at Cozzy's Comedy Club.  While I lived in Norfolk, Cozzy's was the club where I'd hang out.  So it was so great to catch up with old friends while I was there. I worked with the two hilarious guys: Tim Loulies and Adam Dodd.  And I even squeezed in some AUH-MAZING vegan pizza from Cogan's in Norfolk (that's fellow comic, Channing Tyner) about to dive in: 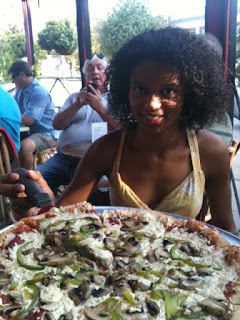 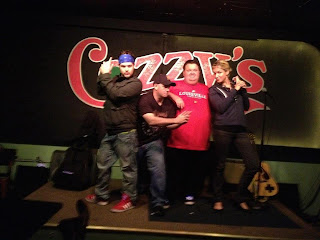 On stage at Cozzy's (thank you to CB Wilkins and Todd Towler for creating):

Posted by Kate Brindle at 1:53 PM No comments: