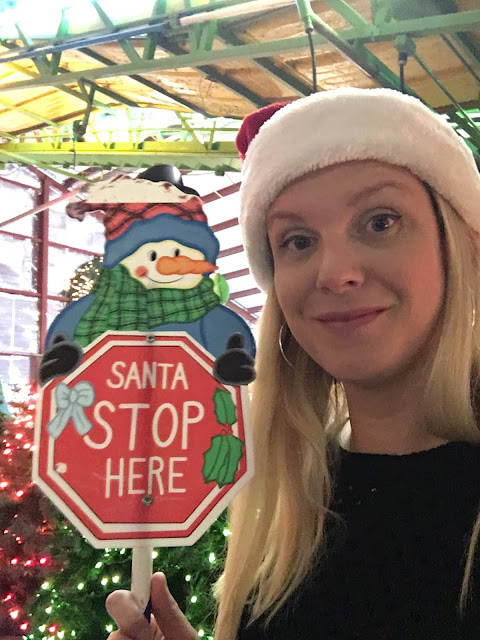 To those who celebrate it, Merry Christmas!

I had a really nice holiday season, and I hope you did, too. I got to spend time with family, I ate way too many Christmas cookies (although, is there ever really such thing as too many?), and I watched more cheesey holidays films than I care to admit. I absolutely love Christmas movies, but even I couldn't stomach the bad acting and corny story lines in some of them (for example, kittens having to steal Santa's sleigh in order to save Christmas when Santa comes down with a spontaneous cat allergies).

I took my daughter to see Santa not one, not two, but four times. She hated it every single time. So, as a result, I ended up getting my picture with Mr. and Mrs. Claus instead. I'm still waiting to see if my parents will be hanging these photos on their fridge and sending them out along with their next Christmas newsletter. 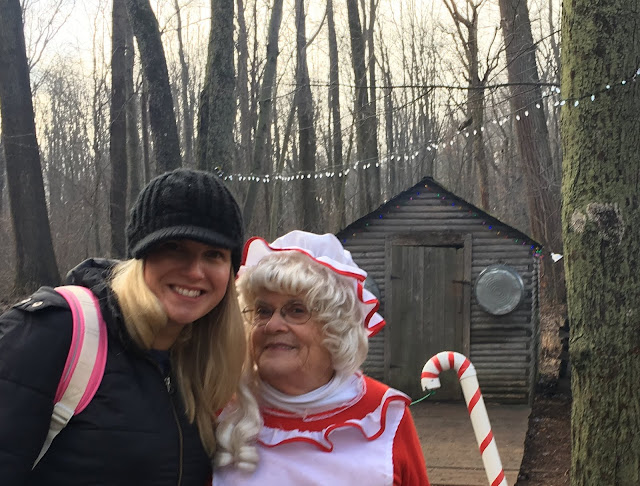 I also checked out Christmas at the Corunna Historical Village for the first time. I had seen the buildings (all of which are from the 1800's, I believe) during the summer, but for the holiday season, they are open to the public. It was really interesting to look inside and imagine what life must have been like.

Some of the buildings: 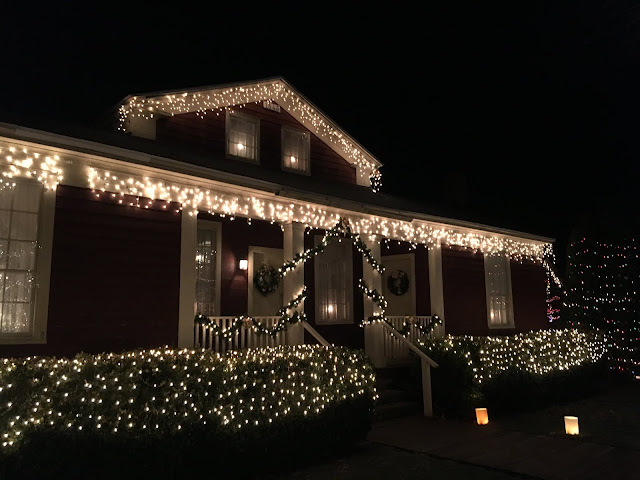 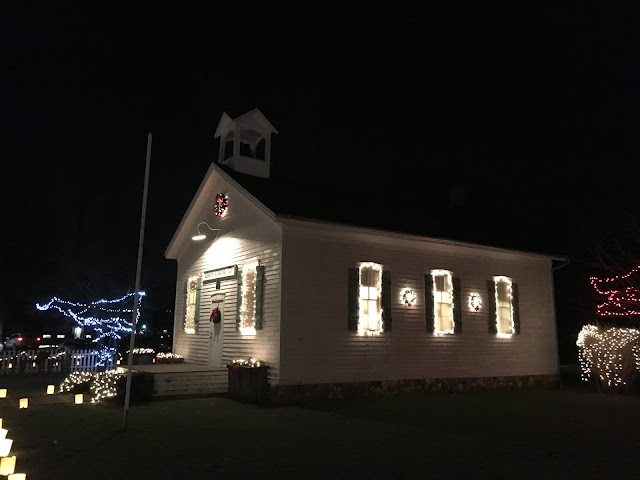 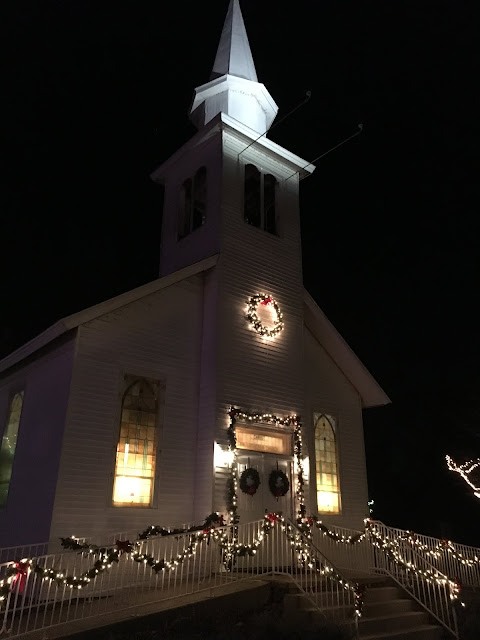 We spent Christmas with both Dan's and my sides of the family, which was nice. Santa was quite good to me. At the top of my list of favorite presents: a vegan gummy bear kit and THIS:


Debbie Gibson is my childhood idol (and first concert), and I was seriously dying when I opened this video!

I didn't take any pictures of our tree this year, but I did get a shot of us attempting to pose in front of it.
After Christmas, I headed up to the Upper Peninsula for a show. Thankfully, it wasn't like two years ago in that there were no car accidents involved. Although, what would performing up north in the winter be without driving in ice? So there certainly was some of that. Posted by Kate Brindle at 10:42 AM No comments: 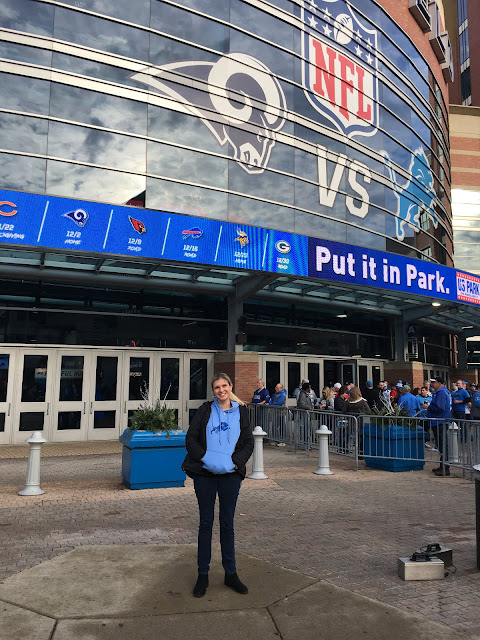 I went to my first NFL game yesterday. I can't say I really understood what was going on for several reasons: 1. I just learned what a down is in 2015. 2. Our seats were so high up, I could barely see the ball. 3. I prefer people-watching and would much rather watch the drunken, screaming fans next to me, and I also wanted to make sure they didn't throw up on me.

But, I had fun! It was wonderful that I remained vomit-free, and I also really enjoyed getting to see Ford Field for the first time. 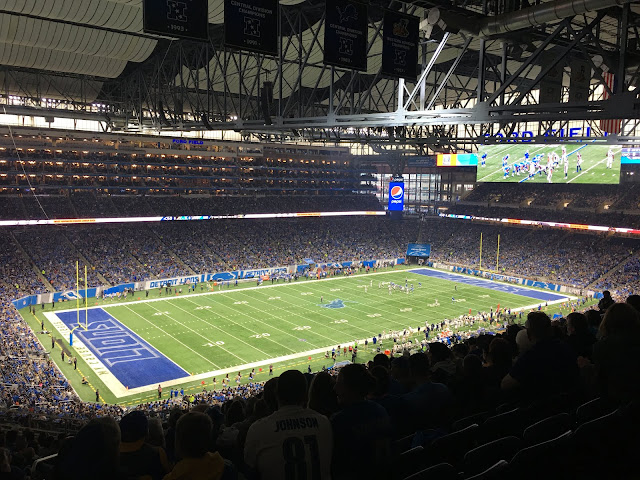 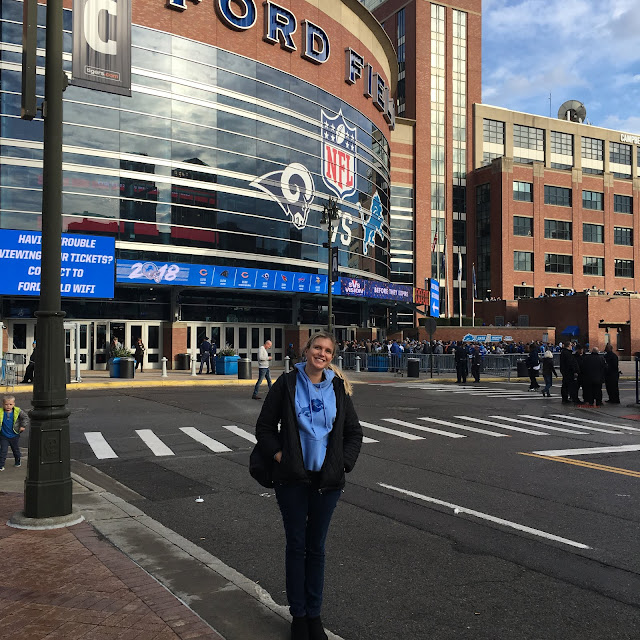 After the game, we, unfortunately found out that Chili Mustard Onions (Detroit's all-vegan coney island, i.e., diner for all you non-Michiganders) was closed that day. Sad face. But, we did, fortunately, find our way to For the Love of Sugar, which is one of my favorite bakeries of all time! The cake we got was heavenly! We also tried the vegan pizza at Blaze Pizza, and it did not disappoint. 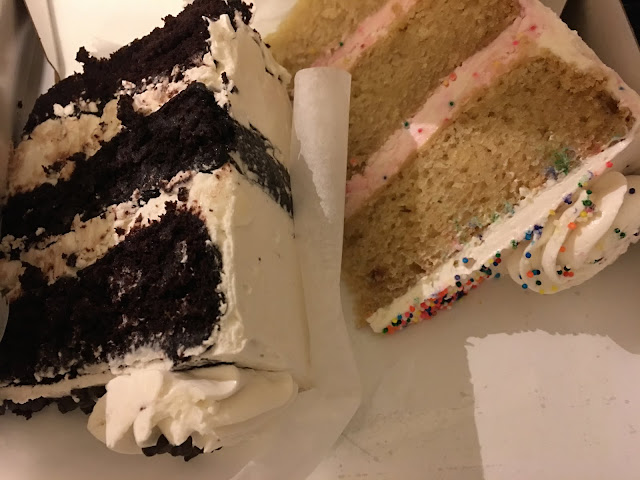 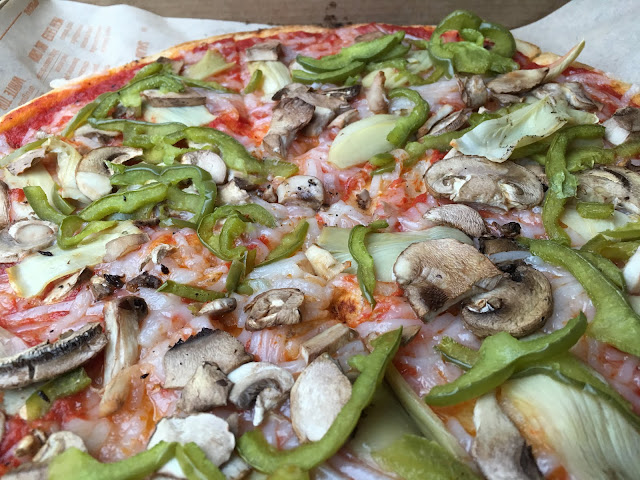 To be honest, I don't even remember who won the game. But, I sure as all get out remember that frosting! Priorities, you know.
Posted by Kate Brindle at 8:25 AM No comments: