At the end of June/beginning of July, I took a trip to the east coast. My travels took me to Virginia and New York (with some lovely bathroom breaks in Delaware and New Jersey).

Despite having lived 45 minutes away from it for a year, I had never traveled to Williamsburg, Virginia. So why not take an impromptu trip?

For those of you who haven’t been, Colonial Williamsburg is a revolutionary war-themed town complete with people dressed in period costumes, and bars, restaurants and shops that resemble those from the 1700’s. Although I highly doubt actual 1700’s stores would accept MasterCard. But, alas, who can turn down getting cash back while purchasing a toy musket?

What trip would be complete without a cheesy picture in the center of town? 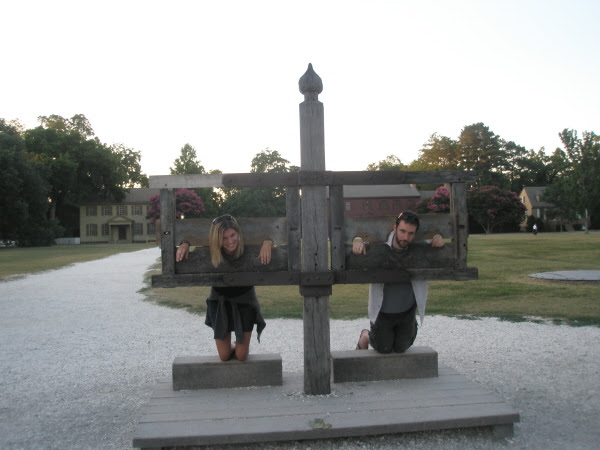 You mean you’re not supposed to grin like you’re getting your senior pictures taken while being restrained in a stockade? Apparently, torture devices make some people happier than others. This was taken seconds before a kid yelled, “um, I don’t think you’re supposed to be happy in there. Quit smiling!” at me. Clearly, he’s not into bondage. 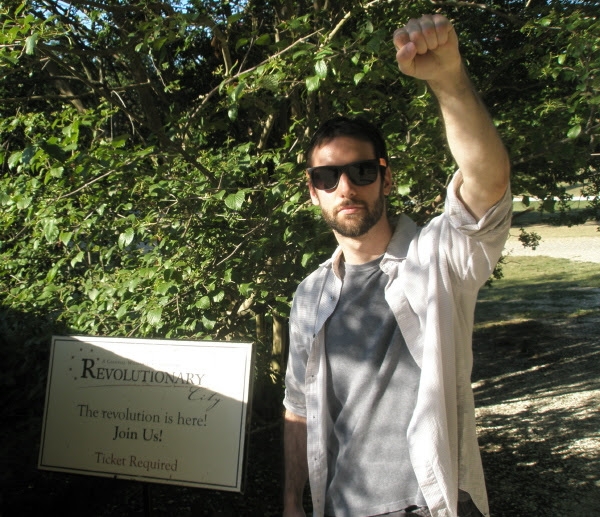 Me thinks the sign might be referring to a different kind of revolution. But, who doesn't like an excuse to raise their fist in the air and fight the power? 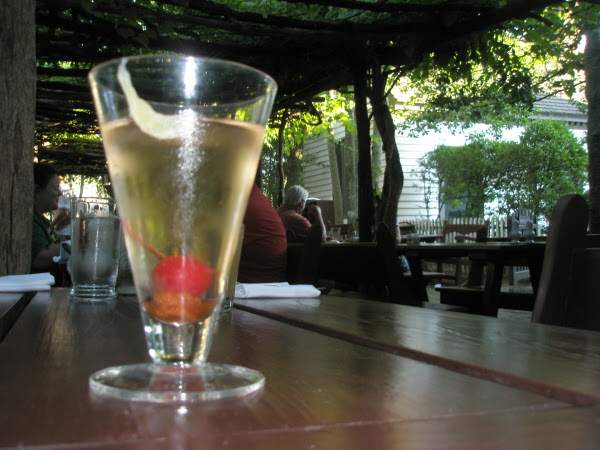 One of the overly priced drinks from Saturday night. Again, I question the authenticity of the drink. Not sure that dyed sugar cubes, champagne and maraschino cherries were common beverage fare in the 18th century, but after a couple of them, I was more concerned with the merry feeling in my head than I was about period accuracy.

A view from one. 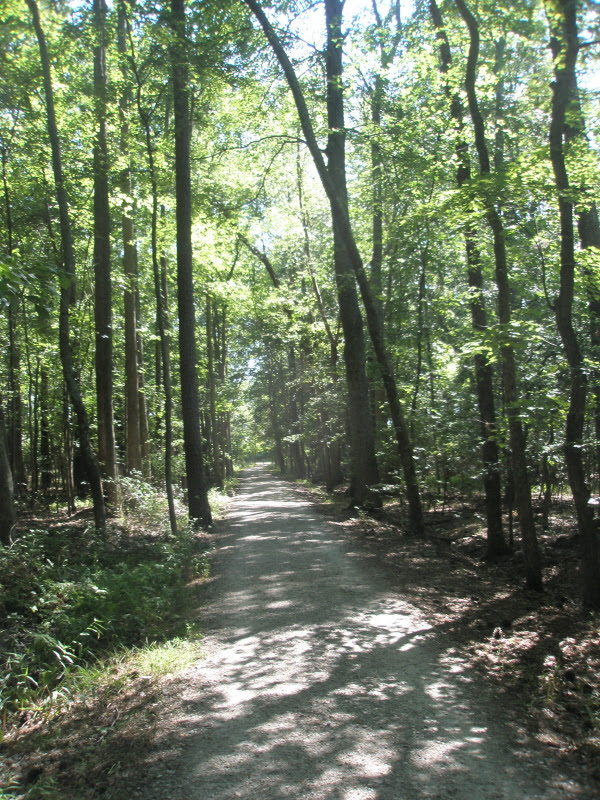 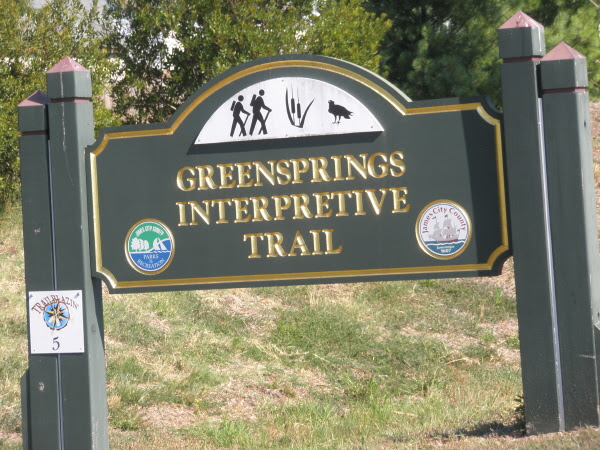 I'm not quite sure what was supposed to be interpreted. I was expecting to see some avant-garde statues in the middle of the hiking trail, but alas, all that we interpreted was the amount of sweat we were excreting due to the extreme heat.

The College of William and Mary also makes its home in Williamsburg. The campus was very pretty and scenic (complete with lush trees and old buildings). Did I capture any pictures of that? Um, no. But, I did manage to snap this extremely juvenile picture. 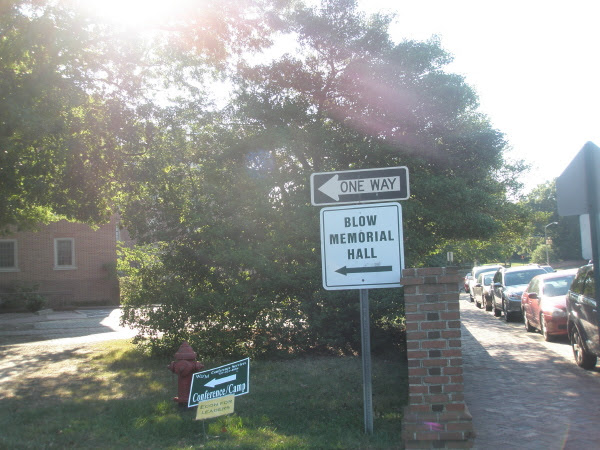 If that ain’t maturity, folks, I don’t know what is.

After leaving Williamsburg, Virginia, I headed up to Williamsburg, Brooklyn (notice a theme?). During the trip, my phone (which contains a GPS and written directions for my destination in Brooklyn) crapped out and was unable to hold a charge. So I had to get there the old-fashioned way: with an Atlas, many prayers and a few tears. It was 103 degrees when I drove to New York City, and my car has no air conditioning. But, the good part about sweating so much is, you don’t have to hit the john nearly as much. So I made quite good time!

My parking spot in Brooklyn. 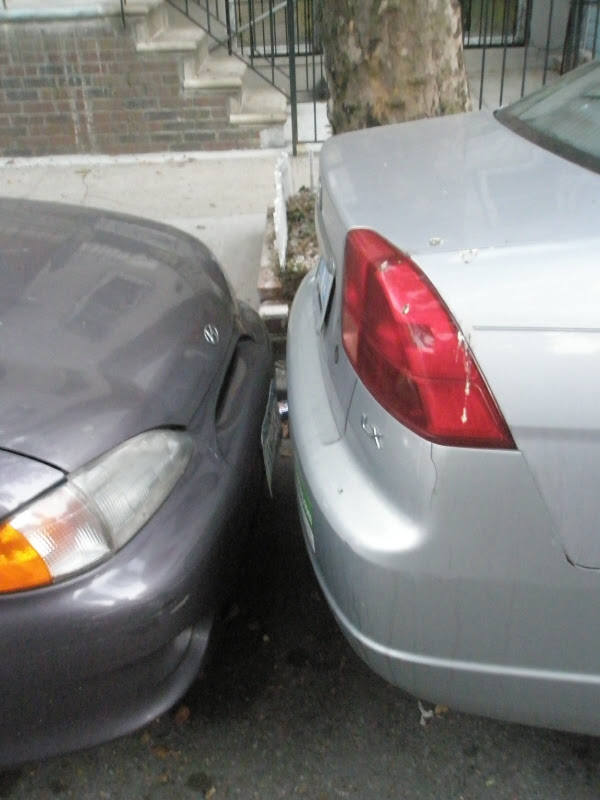 This Hyundai was getting a bit frisky with my Civic, so I did what any good parent would do and told him to back the eff off! I also instructed some birds to crap on him, but, as you can see, they missed their mark and pooped on my car instead.

While in New York, I went to Food Swings (an amazing vegan restaurant in Williamsburg), had some delicious sushi, drank a lot and probably gained 15 pounds.

The aftermath of one of my nights there. 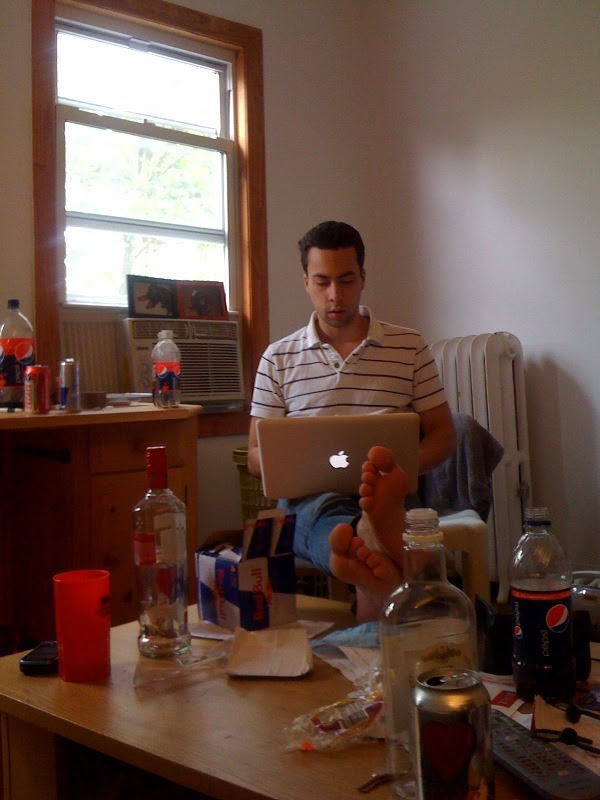 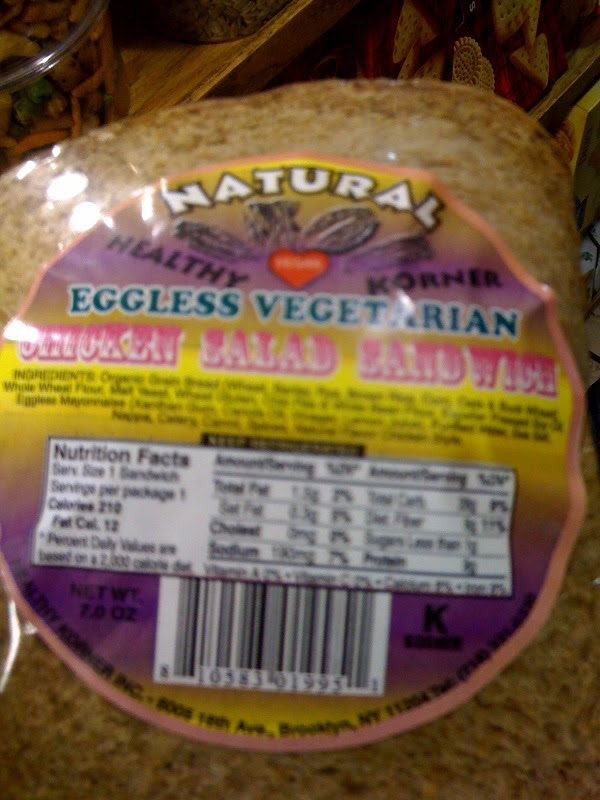 One of the many reasons I love New York - it's possible to get these at nearly every deli (way necessary after a night of drinking the worst vodka in the world).

After two weeks of being in states that touch the ocean, I headed back to good ol’ Michigan. Luckily, the trip home was cooler than the one there and I didn't sweat nearly as much.
Posted by Kate Brindle at 11:40 AM 1 comment: