On Thursday, I headed up to the UP to perform on Friday night. I love going up a day early as I pretty much park my butt at the buffet, watch the snow fall near the lake, and don't have to worry about being late for the show due to weather.

A shot from my window. 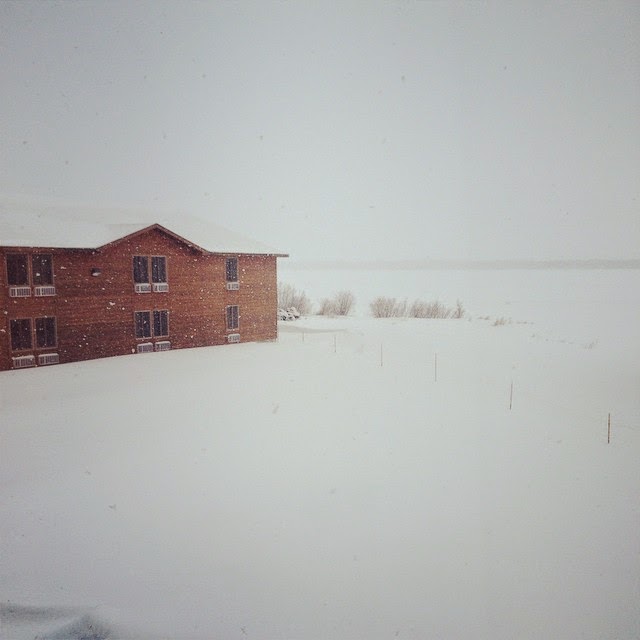 The show was a ton of fun, and after it, I met a group of guys who were there for the big snowmobile race in town. I have no idea what this race is called, but apparently, it is to snowmobiling what the Daytona 500 is to NASCAR. Over the course of several beers, it was revealed that I had never been on a snowmobile (or a "sled," as they all called it). One of the racers agreed to take me out, and we had an absolute blast.

Speed demon me reached a whopping 23 miles per hour. Next time: 27, baby! 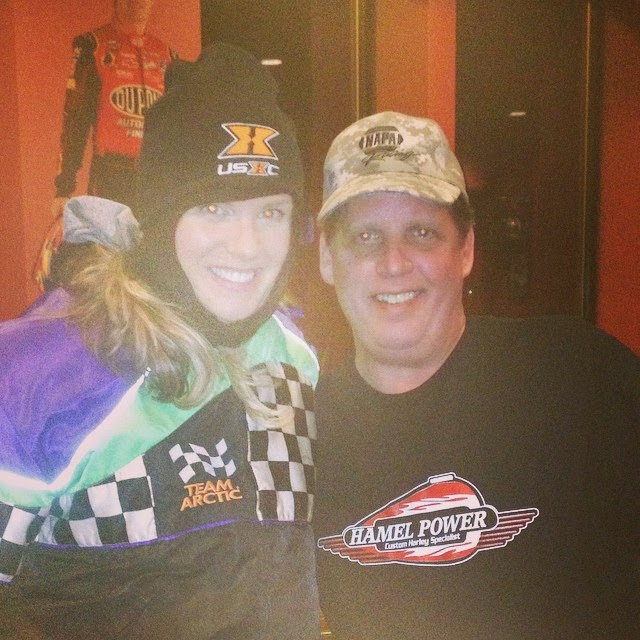 Thanks to Brad for letting a complete stranger borrow and feel all official in his gear.

The next night, I headed to Bryan, Ohio, the hometown of my great grandfather. 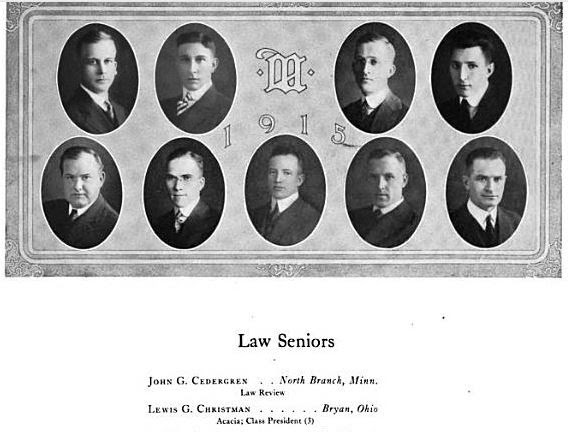 This is him in the University of Michigan Law School yearbook. Looks like the law is in my genes. Or, at least, around finals, I hope it is.

I performed at Father John's, which is a restaurant, microbrewery, and performance venue located in an old church that features various religious symbols. These pictures don't do them justice, but here's a sample of some of the areas: 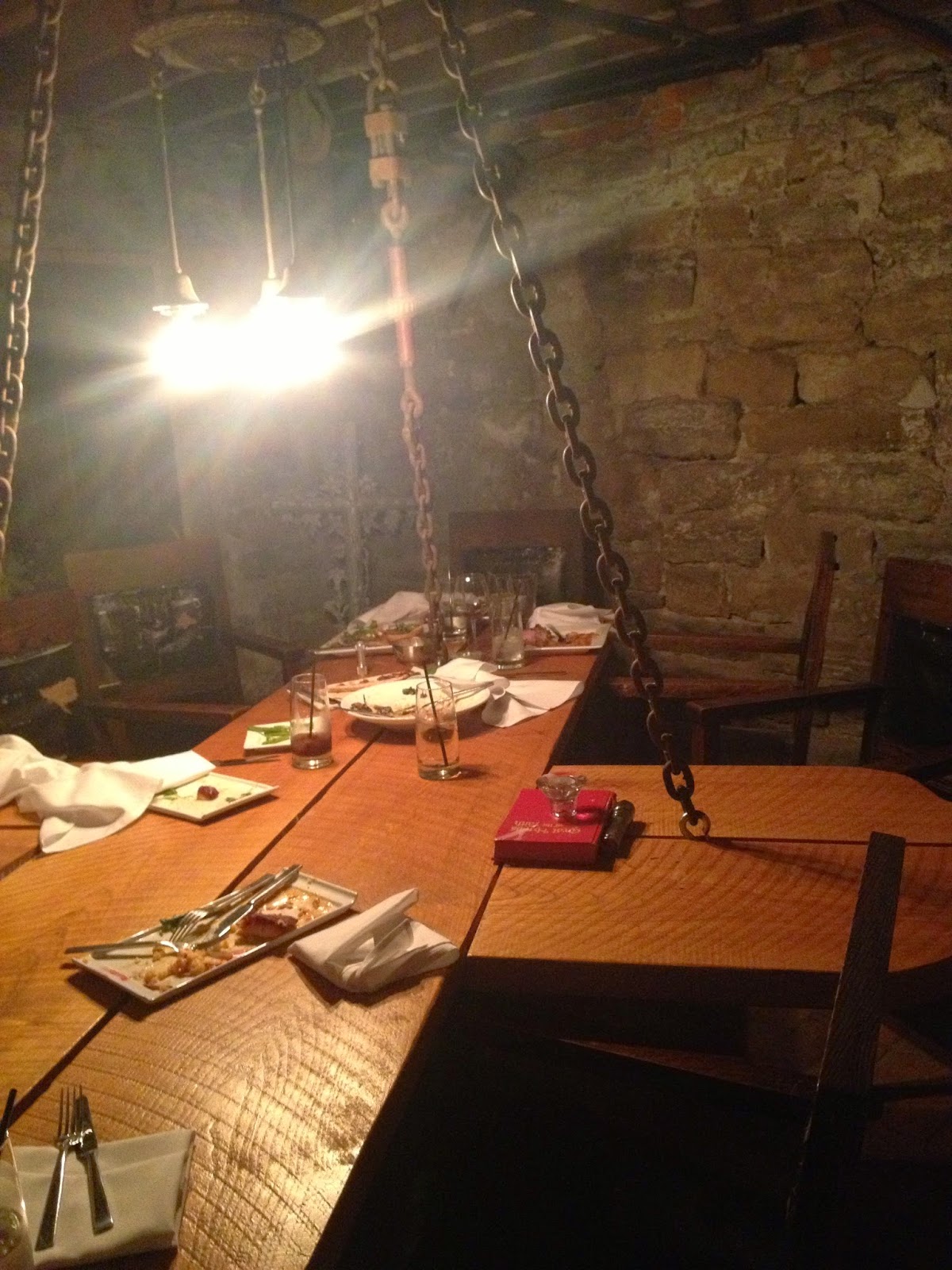 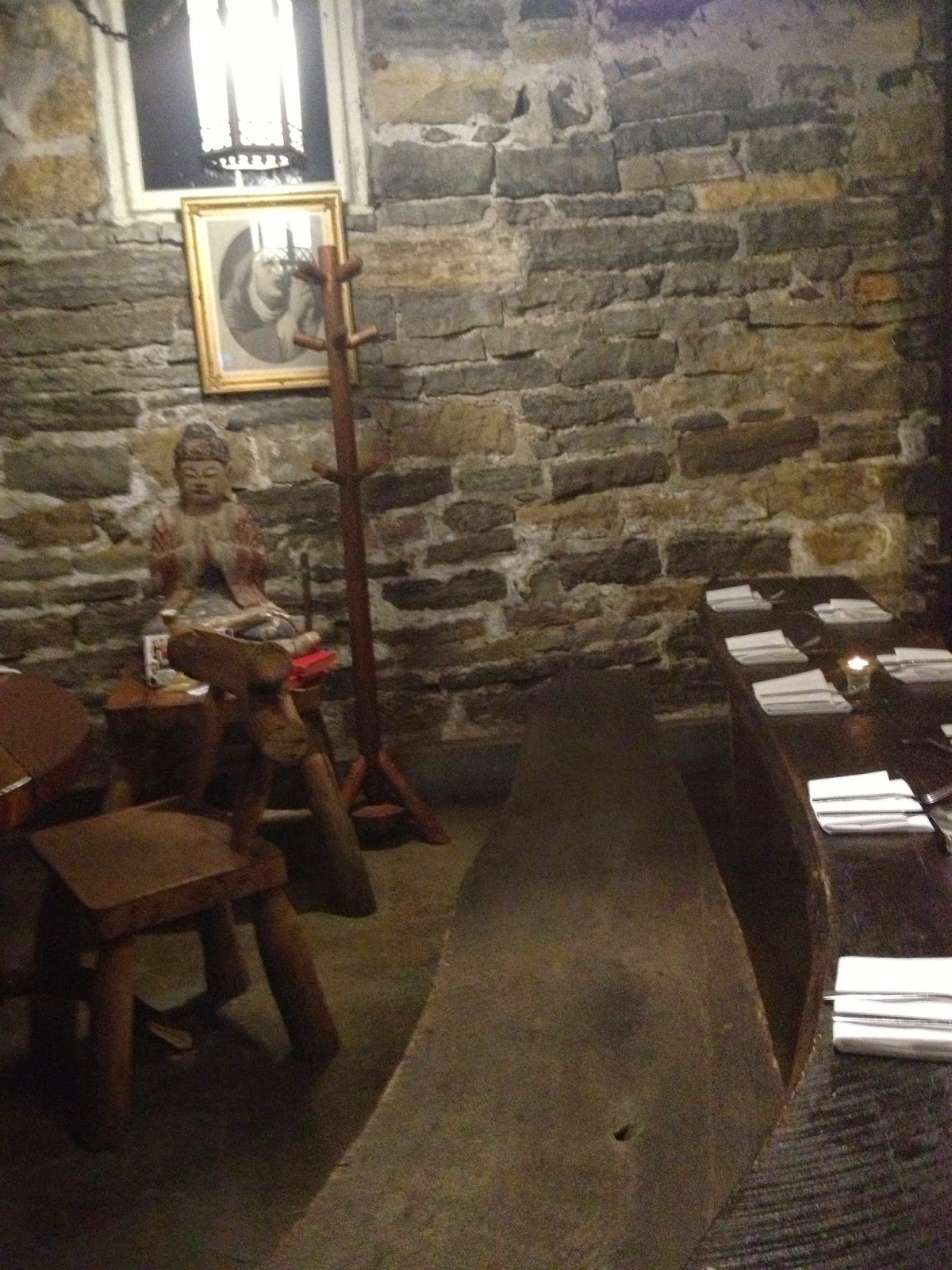 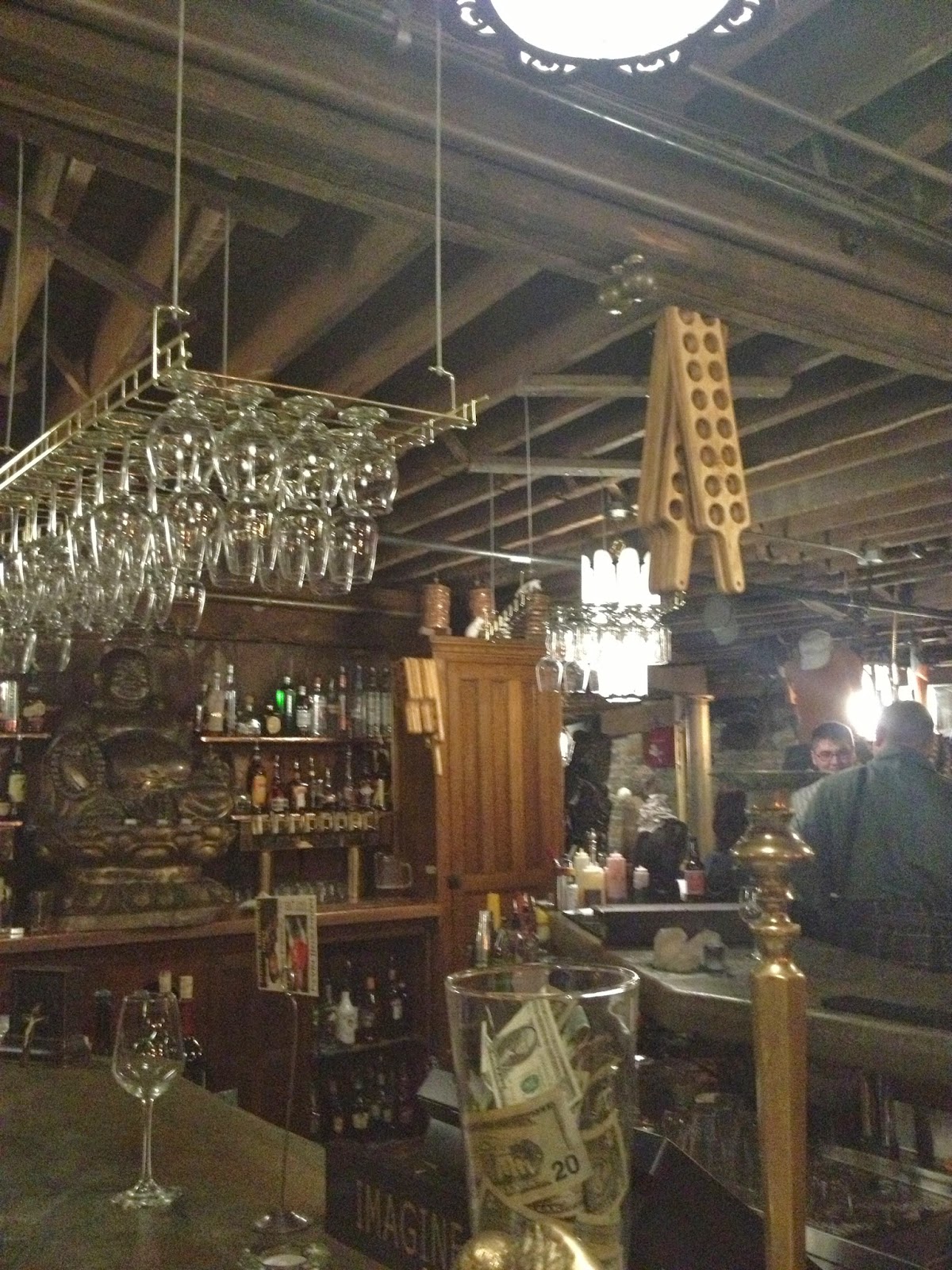 If you're near Bryan, I definitely recommend checking it out. The ambiance is so cool and unique. Plus, the food and beer were fantastic! 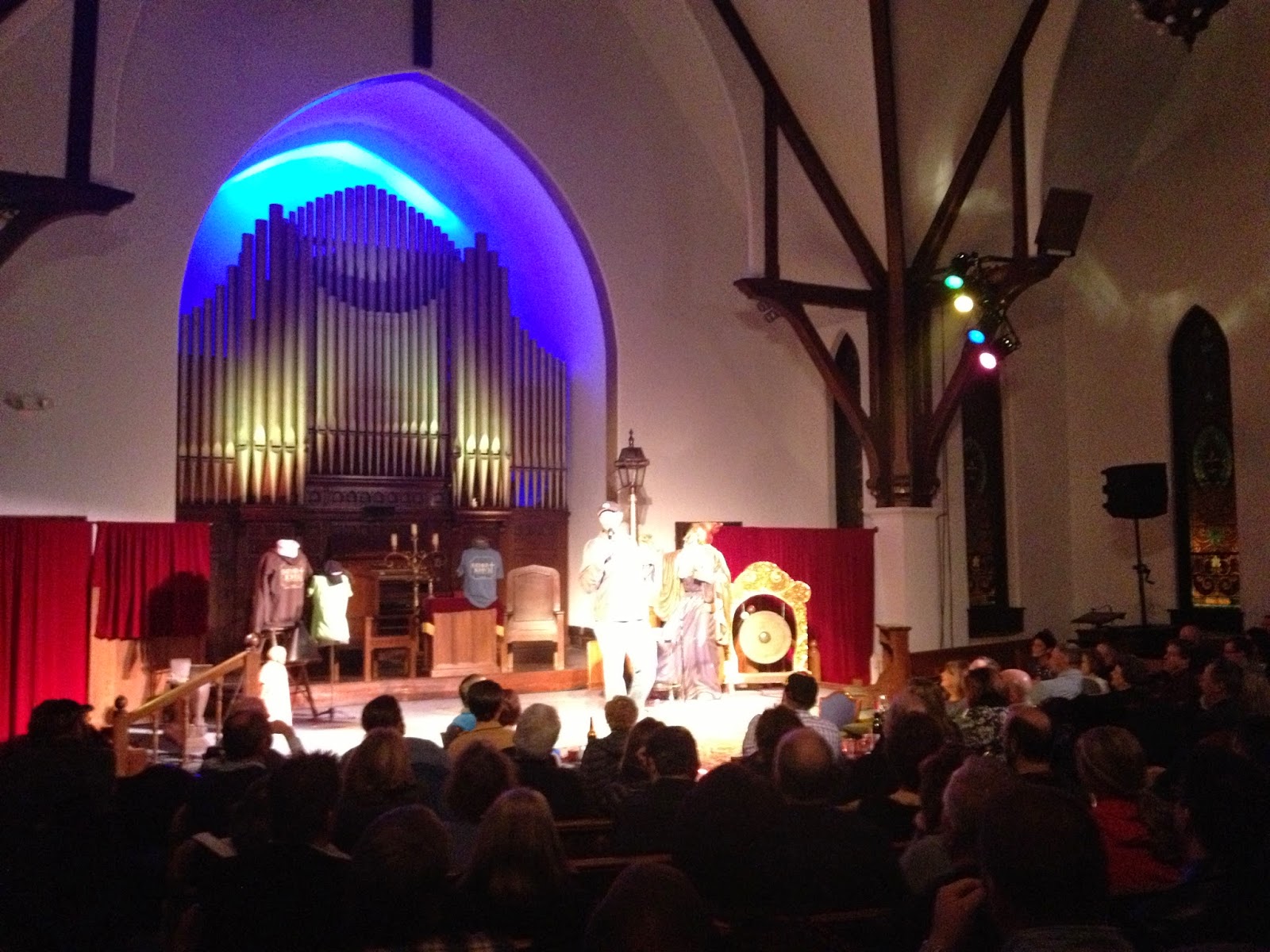 That's Kevin Bozeman on stage. It's always fun to work with another KB, especially one who is so hilarious. Following a monk and telling inappropriate jokes at a pulpit = crossed off the bucket list.

Post-show there was an afterglow that featured champagne (fancy!) and bonding with audience members over awkward job interviews stories.

On Sunday, I got to perform with these funny ladies at Joey's Comedy Shop in Livonia, Michigan: 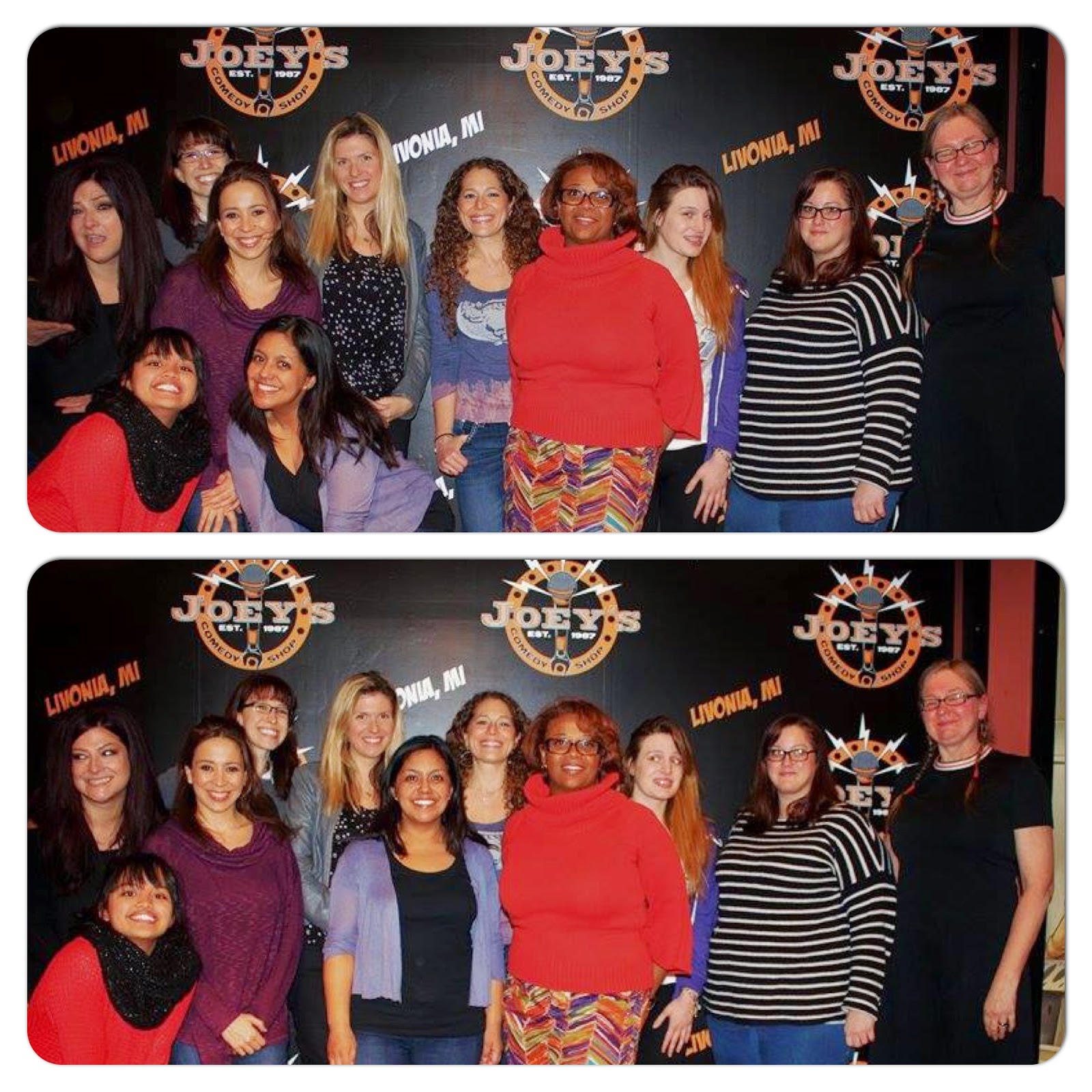 Posted by Kate Brindle at 2:54 PM No comments:

Muppets, Nintendo and Way Too Much Snow

This past weekend, I performed at Koo Coo's Next Comedy Club in Schofield, Wisconsin. Ever since I started working there, this club has been one of my favorite places to perform. The crowds are fun, and the staff couldn't be nicer.

And, not only did they let me rap the Bloodhound Gang at post-show karaoke, but they also have the original Super Mario Brothers. 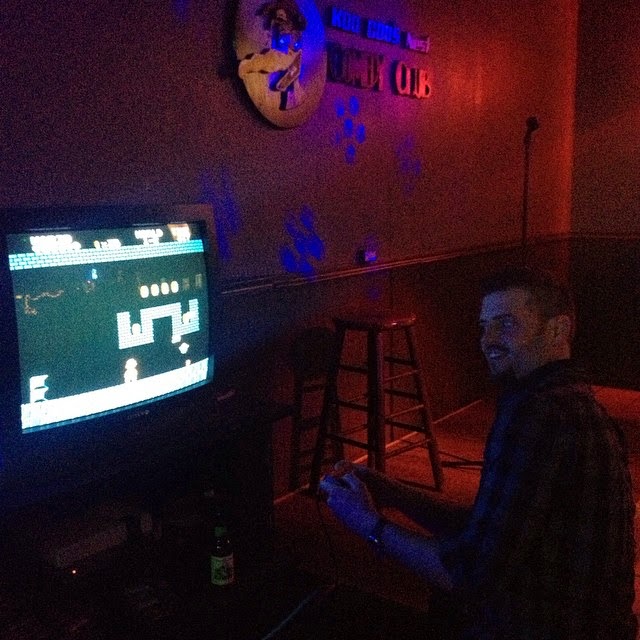 The line-up for the weekend: 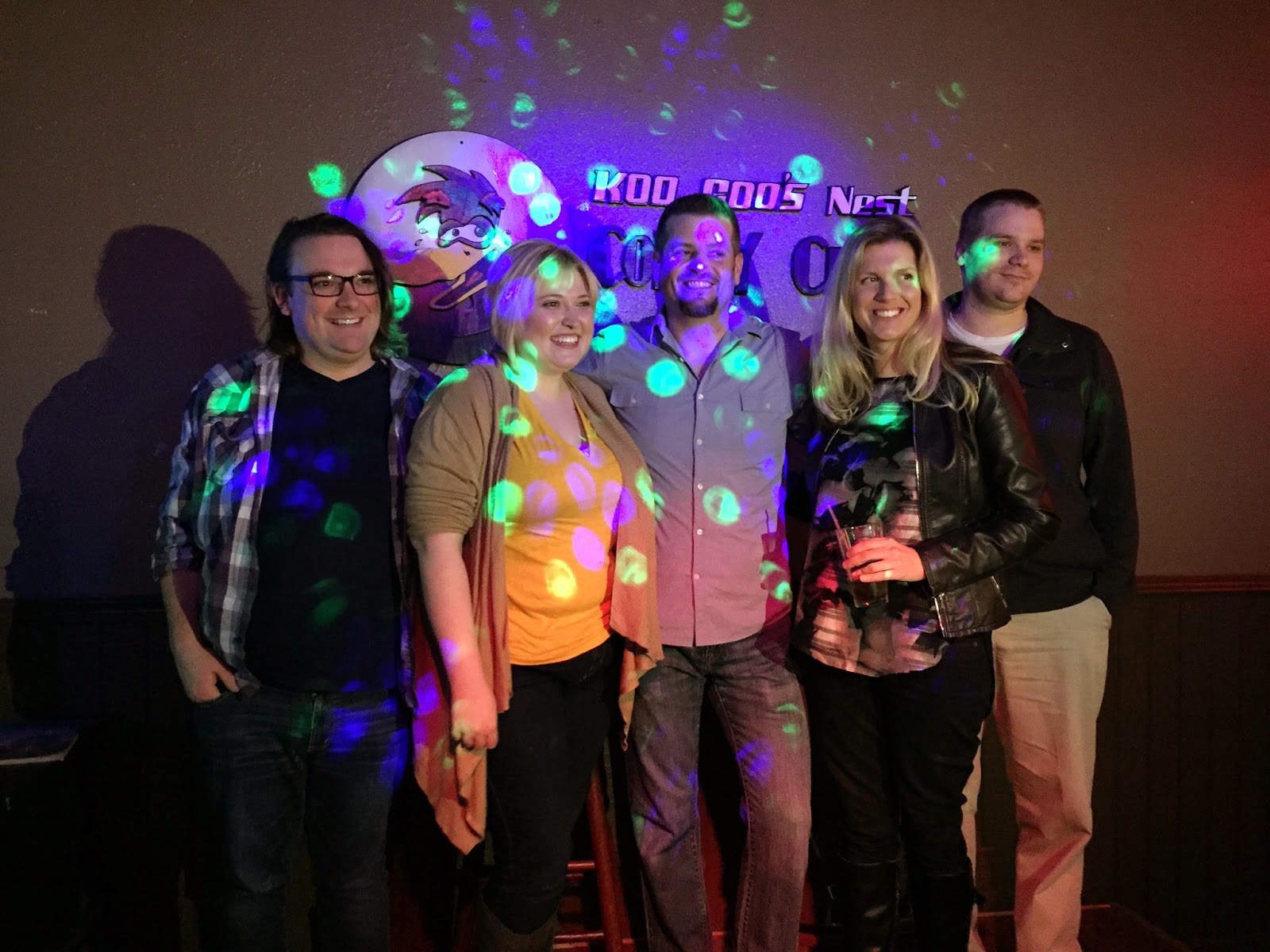 On Friday, there was a rather boisterous audience member. He first started heckling about his love for potatoes (earning him the nickname "Potato," which I used throughout the show).  While I don't generally enjoy heckling, I do love a good tater tot, so I couldn't even blame him.

When I was finished with my set, he then set his sights on the headliner, Josh Alton.

During Josh's set, Potato yelled out, "Who's your favorite muppet?"

It should be noted that Josh did absolutely no muppet jokes. This was a completely, out-of-the-blue muppet heckle.

After pondering for a bit, Josh finally returned with, "I'm going to go with Beaker. Who is your favorite muppet?"

Clearly, Potato watched some episodes of The Muppets that I never have.

On Sunday, I drove home for 14 hours in a constant blizzard. Proof: 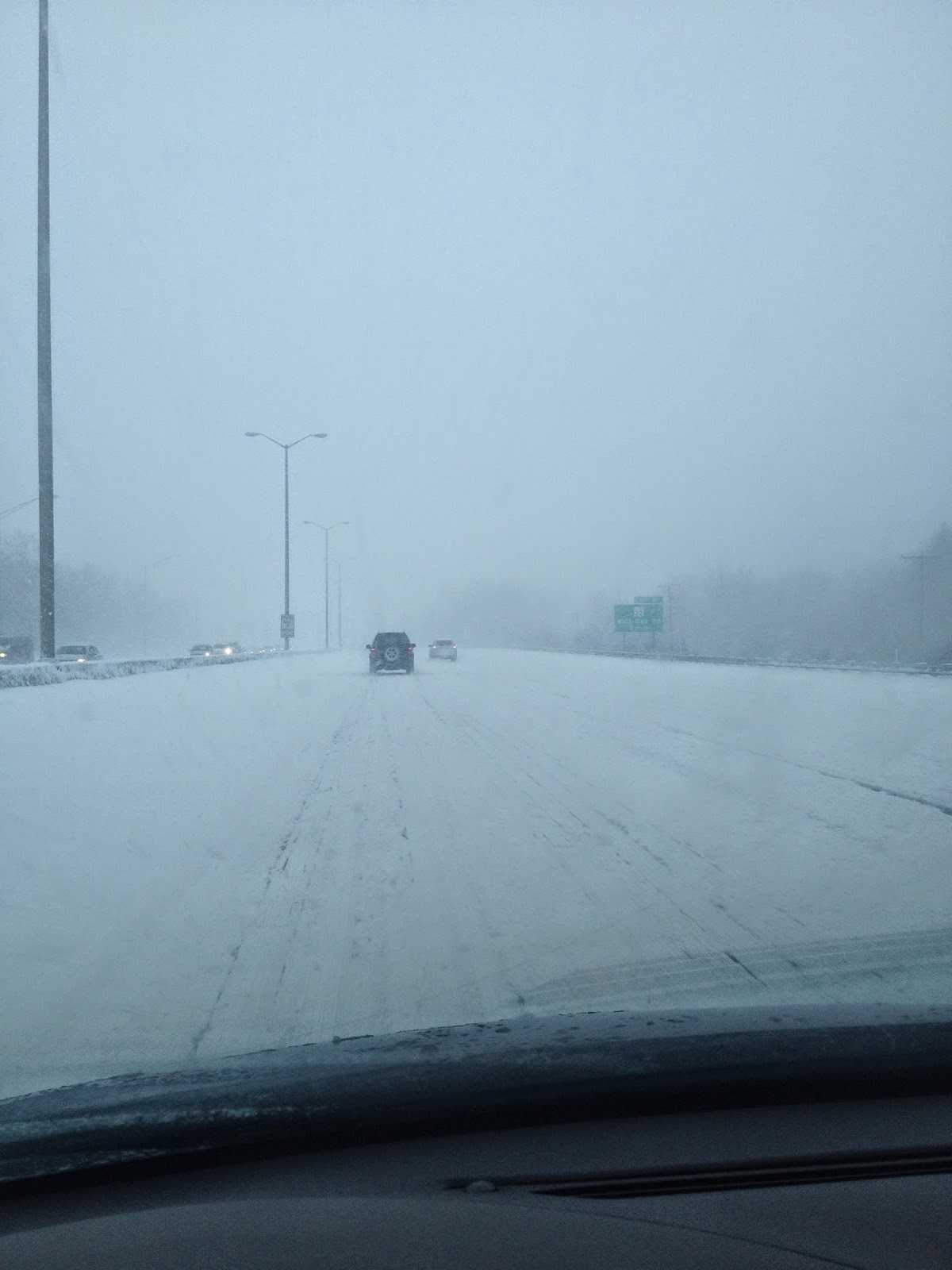 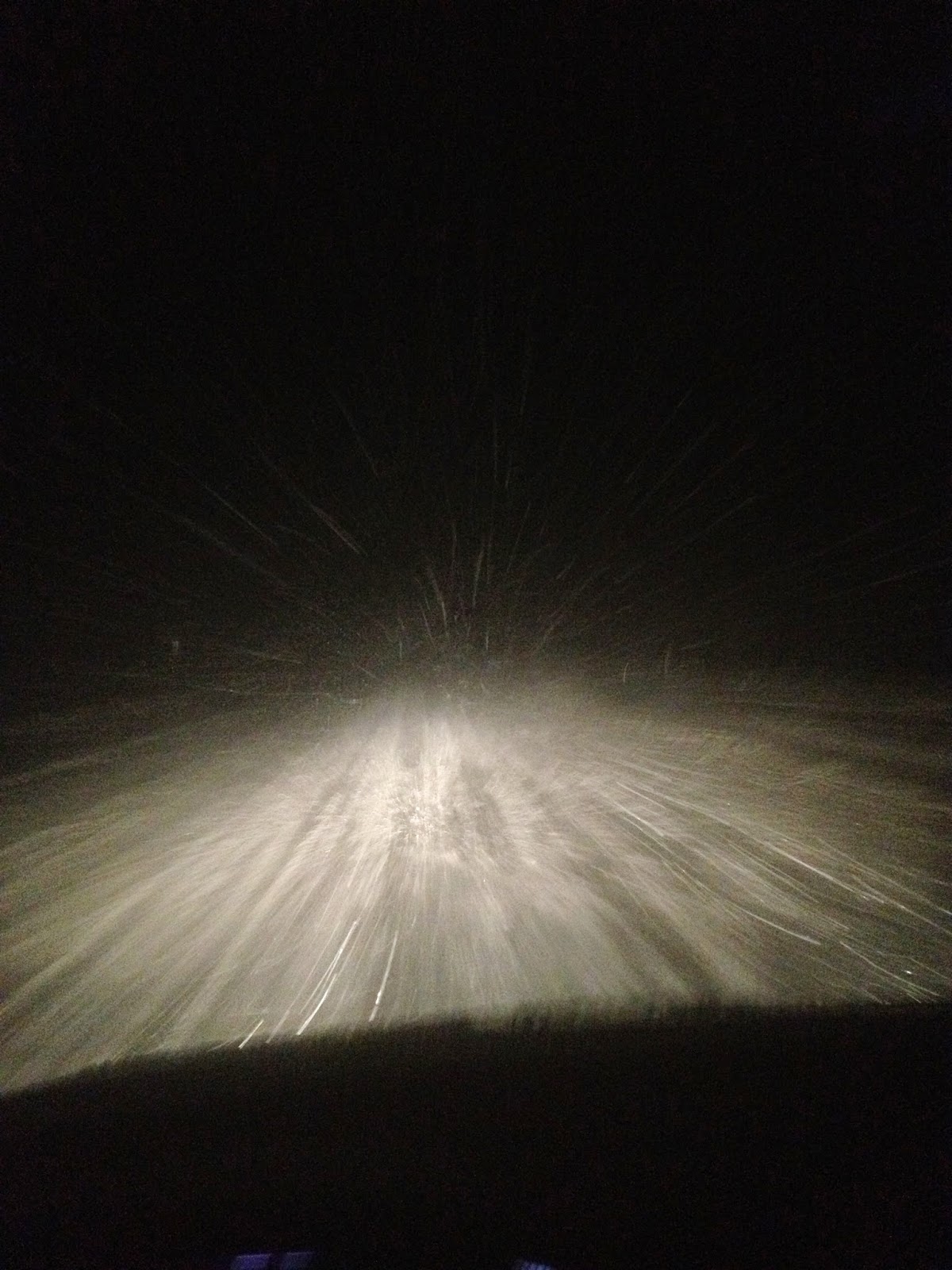 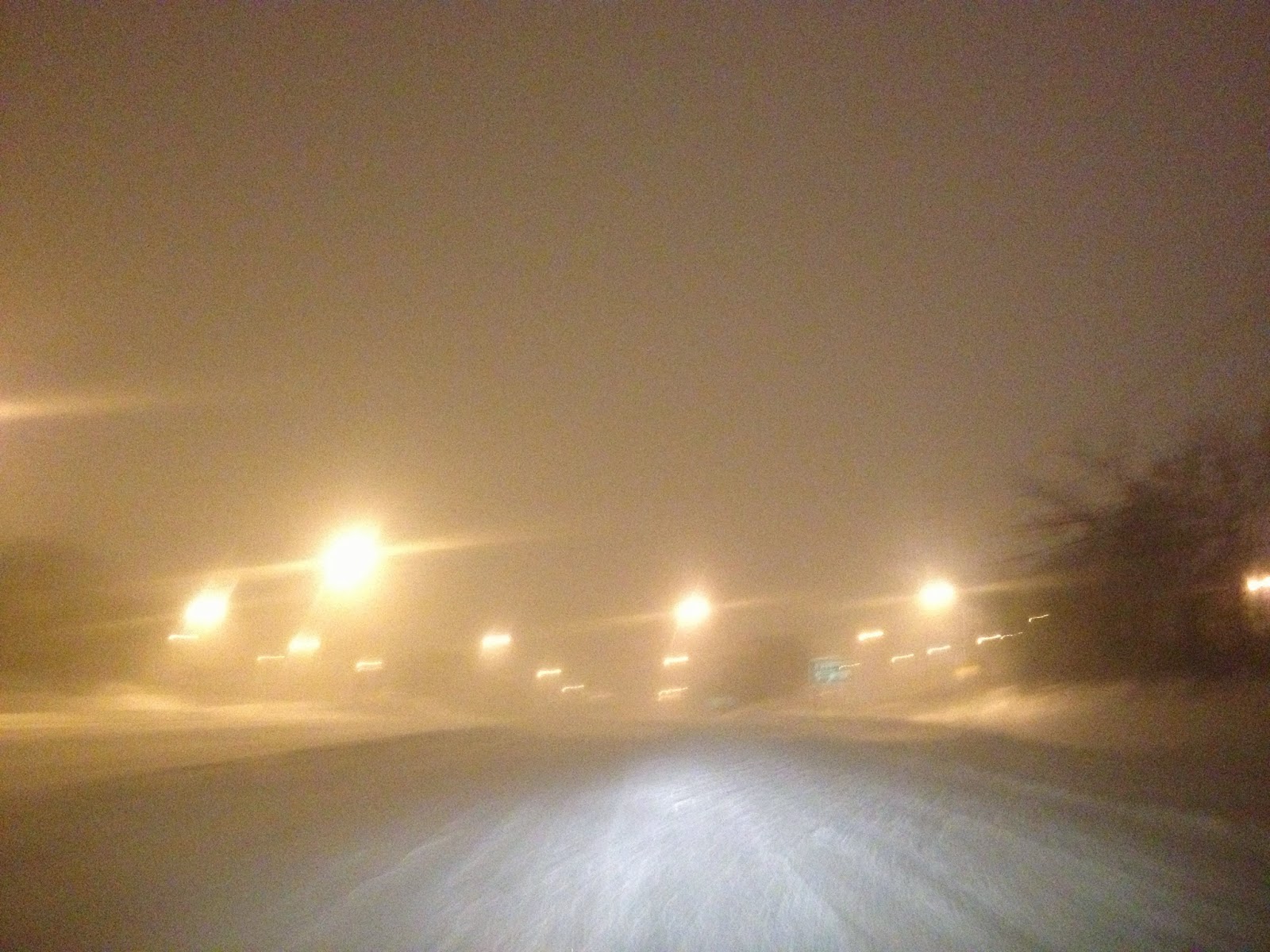 Thank you to the random man who stopped to help a shaking and crying me when my car got stuck in a snow drift at the intersection of two freeways outside of Chicago. Not only did he help push and shovel the snow under my car, but, when my car wouldn't budge, he got behind the wheel and rocked it out of the drift while I pushed (he also put up with a lot of swearing and grunting from me). And no, I wasn't crying because I was terrified that my car would be hit by oncoming traffic (as I was right on the line of fire and visibility was close to nothing); I was crying because I had to miss Puppy Bowl.

I came home to this. Time to invest in a shovel...or time to perfect my "please feel sorry for me and plow" face. 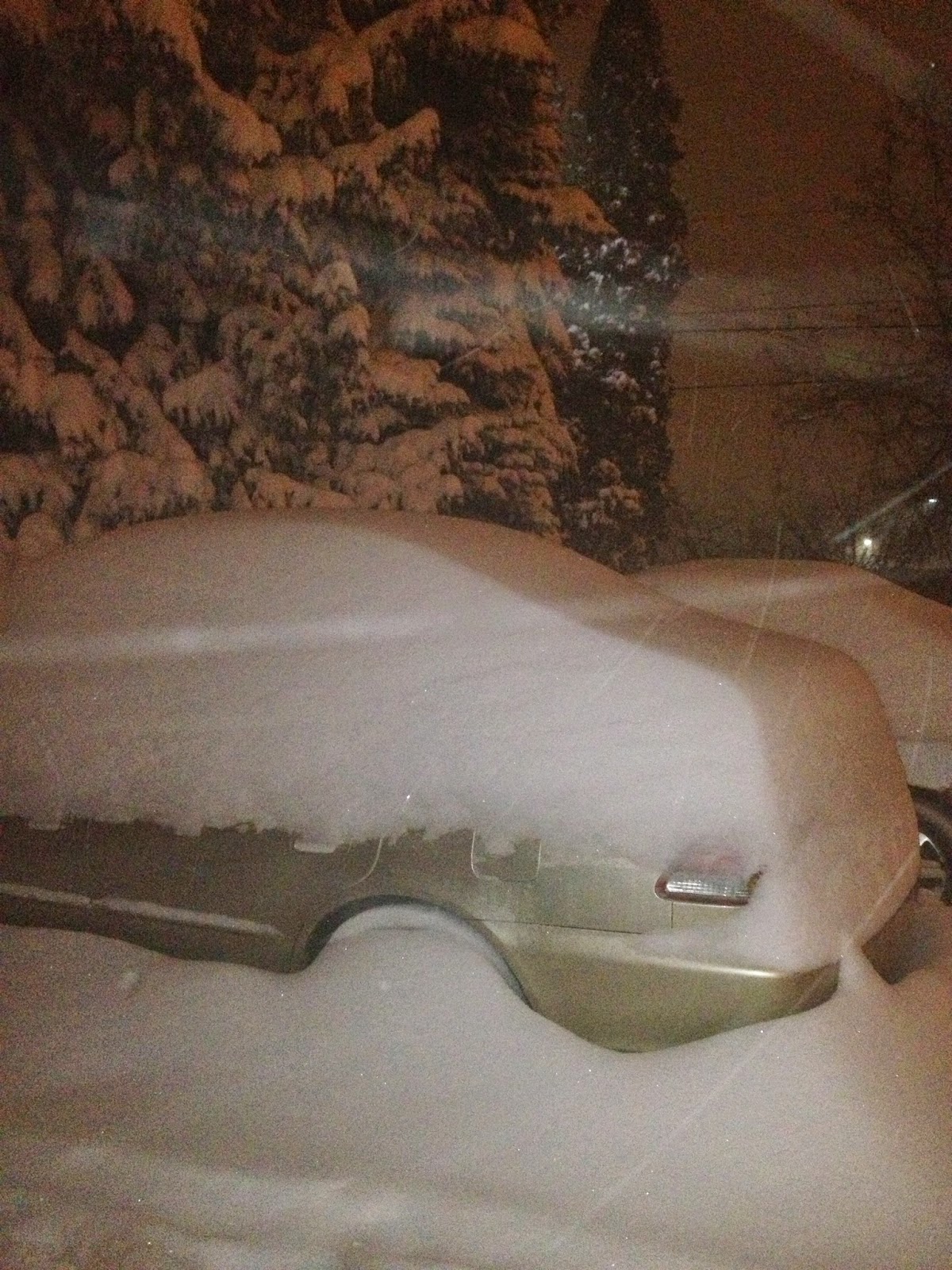 Despite the drive home being rather suck-tacular, the great time I had in Wisconsin made it well worth it!
Posted by Kate Brindle at 8:02 AM No comments: