St. Patrick's Day is my favorite holiday. I'm not Irish; I just really like celebrating green beer and bad decisions. This year, I engaged in bit of both. I had one green beer during my show at the Turk Lake Restaurant and Bar in Greenville, Michigan. And for my bad decision: I decided to run a 5K on 5 hours of sleep. Apparently, I was hoping REM was overrated.

On Saturday, March 10th, I performed in London for the first time. Ahem, allow me to clarify. London, Ontario. As in Canada, not as in the UK. Although I'm still holding out hope that I'll get to perform there, too. My show was at Big League Comedy Club. The crowds were fun, and the staff was really nice. Although my accent must be a dead giveaway because after speaking to anyone for longer than five minutes, they would all say, "you're an American, right?"

Downtown London is really cute, and my hotel was right next to a vegetarian restaurant. Although after battling traffic and the border, I didn't get to spend much time there. I definitely need to go back.

The following Sunday, I woke up at the crack of dawn (after daylight saving time kicked my royal patoot) and headed back to Detroit to run in the Corktown 5K. I couldn't believe how many people were there...or how many people were drunk at that early in the morning. I also saw a guy rolling a joint in his car before the race. That's one way to get ready for a 5K. Welcome to Michigan!

As soon as I started running, my lack of sleep hit me. My body hurt for nearly the entire race. Plus, even since Thanksgiving, my cold weather-hating self stopped running outside. Let me tell you, there is a BIG difference between running on a treadmill (in the comfort of a heated gym, equipped with tv's playing Nancy Grace) and running outside. When I run on the treadmill, I never set the incline, so it feels like I'm running on air. So when my feet hit the actual pavement in Detroit, I was in for a rude awakening.

I was hoping to improve my time from my last 5K. Unfortunately, I did not do that. But, I did manage to run the entire race...and, even better, I managed to not pass out due to the pain.

I continued the St. Patrick's Day celebration on the 17th when I performed with Kevin McPeek in Greenville, Michigan. I much preferred this celebration, mostly due to the fact that it contained beer and didn't contain physical activity.

In between the 10th and the 17th, I also performed at Laugh Fest in Grand Rapids and the Soaring Eagle Casino in Mt. Pleasant. I didn't get any shots of those shows, so I'll leave you with the ones featuring green. 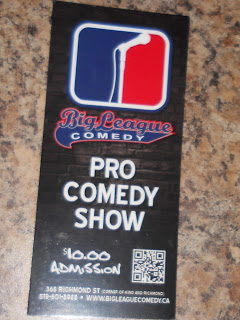 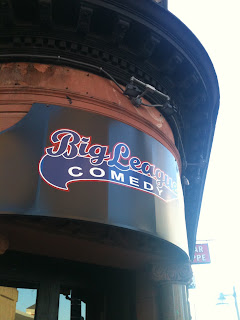 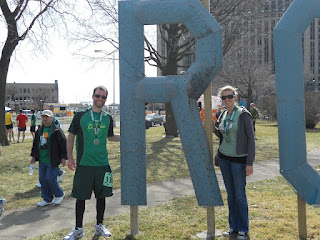 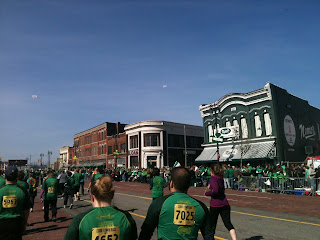 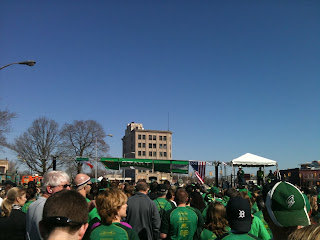 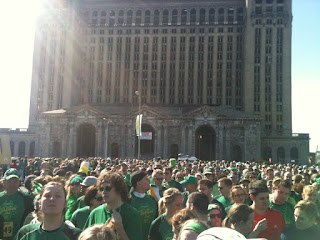 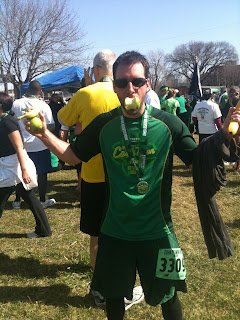 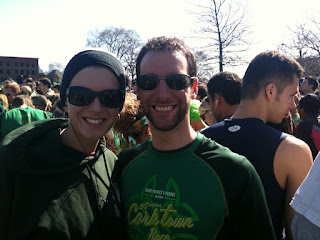 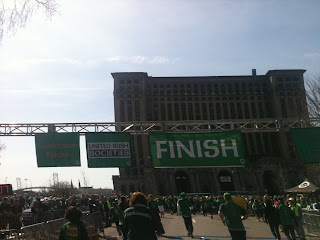 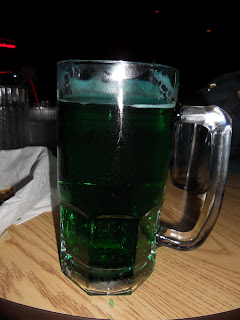 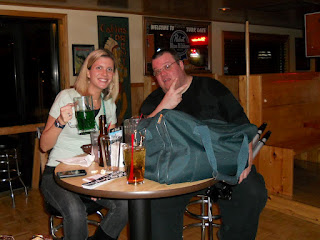 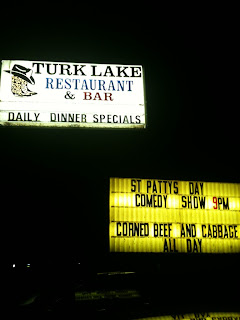 Posted by Kate Brindle at 4:20 PM No comments:

In the beginning of March, I headed down to Chattanooga, TN to perform at the Vaudeville Cafe. I had only been there once before, and that didn't even really count since I wasn't in the city itself (I was at a one-nighter outside of town where the MC introduced me as "a Yankee Girl"). So I loaded up on podcasts, techno music and Clif bars and prepared to make my drive down south. 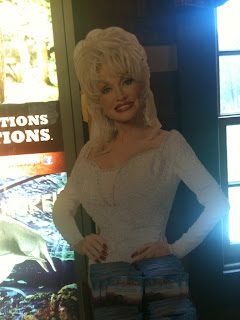 From the rest stop in Tennessee. You have no idea how badly I wanted to take this. My apartment feels incomplete without it.

I had heard there were tornadoes in the area, but somehow I figured they wouldn't affect me (invincibility complex much?). Besides look what I found on my iPhone: 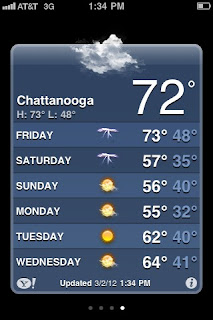 Seventies in March = a game I play. P.S. You know you're from the north when you don't care that there are death-producing weather conditions, and you're just excited because the temperature is in the 70's.

Well, turns out, there were tornadoes that plowed thru an area close to where I was supposed to perform. They even canceled the show on Friday. As I noted in a previous post, I am no stranger to mixing comedy with natural disasters.

On Saturday, the weather was clear, sunny and gorgeous as ever, and we had a great show that evening. 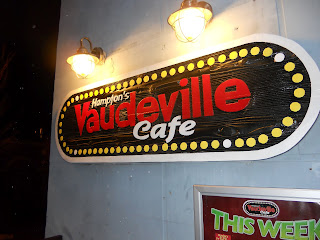 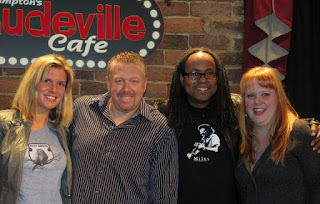 I had the pleasure of working with the very funny Rodney Wiggins, Kristine Kinsey and Bryan McCree.

I even got a chance to walk around and enjoy the sunshine during the day. Some pictures from my walk around the city: 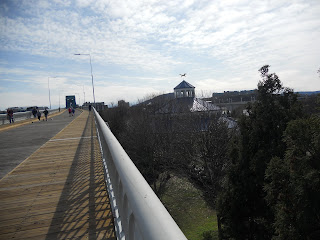 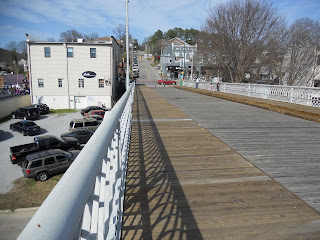 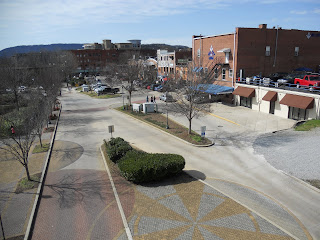 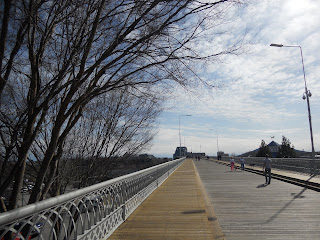 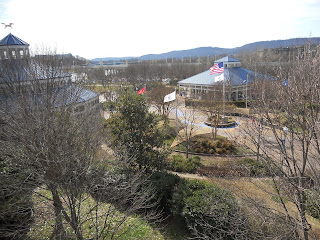 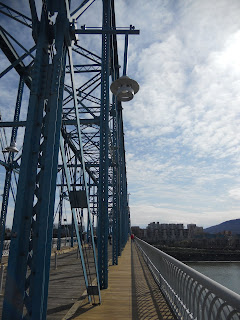 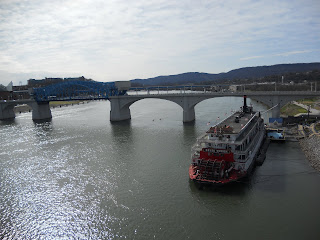 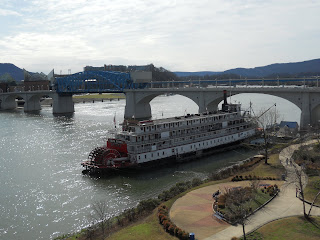 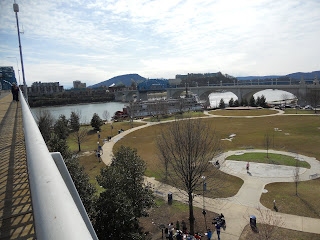 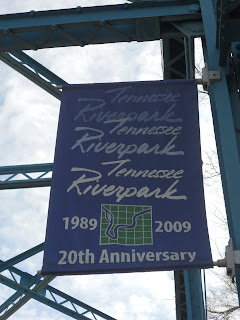 I really enjoyed my time in Chattanooga! It's a beautiful city! And, this time, I didn't even get called a Yankee Girl (not even once).
Posted by Kate Brindle at 3:50 PM No comments:

Just registered for this St. Patrick's Day race. Nothing goes better with green beer than hyperventilation!
Posted by Kate Brindle at 7:36 AM No comments:

After dodging tornadoes and hail last night in Chattanooga, TN (and having my show canceled due to the storm), I am safe. Sadly, I am no stranger to mixing comedy with natural disasters.

P.S. You know you're from the north when you don't care that there are death-producing weather conditions, and you're just excited because the temperature is in the 70's. 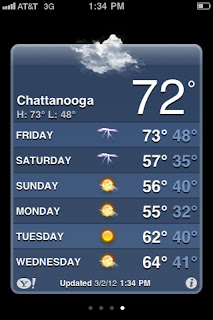 Posted by Kate Brindle at 7:28 AM No comments: