I had the pleasure of performing at the Brew Ha-Ha this weekend. The Brew Ha-Ha is an annual beer-tasting/comedy festival held at the Dow Events Center in Saginaw, Michigan. It was absolutely incredible!

The folks at the Dow were so good to us! And we even got our own dressing rooms:
Don't worry; I won't let it get to my head too much as I'm sure I'll be playing a bowling ally for 15 people in no time. 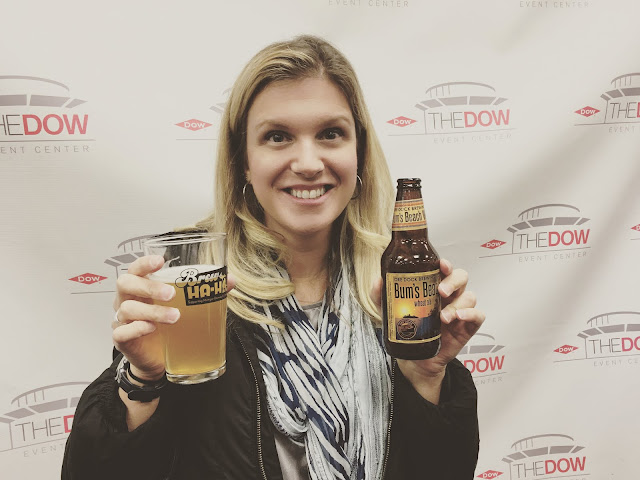 Not only did I get to try lots of different types of beer, but I also got to have fun in the photo booth:
Plus, check this venue! Such an honor to perform at such a big one.

My set was so much fun! Telling jokes for nearly 2,000 people is nothing short of amazing, and I felt so lucky that I got a chance to do so.
It was such an honor to share the stage with Norm, Kevin Kramis, Adam Degi, and Jason Benci.

What a blast of a weekend!
Posted by Kate Brindle at 7:58 AM No comments:

I rang in the new year with headliner, Norm Stulz, at the Holly Hotel. Not only is he hilarious, but he's one of the nicest people you'll ever know. As I drank champagne after the ball dropped, I couldn't help but feel lucky to ring in the new year on stage, with a good friend. Not only do I absolutely love performing, but I love the opportunities I've had via comedy to meet such amazing people. I feel so very fortunate to have spent another year doing what I love for a living. 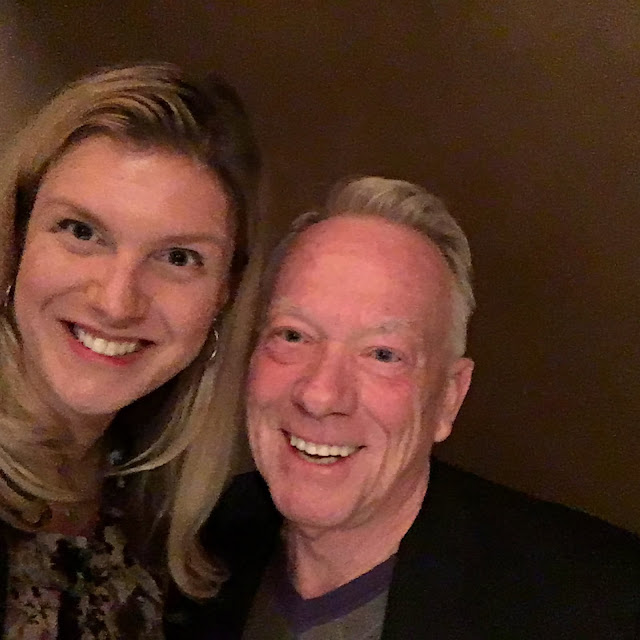 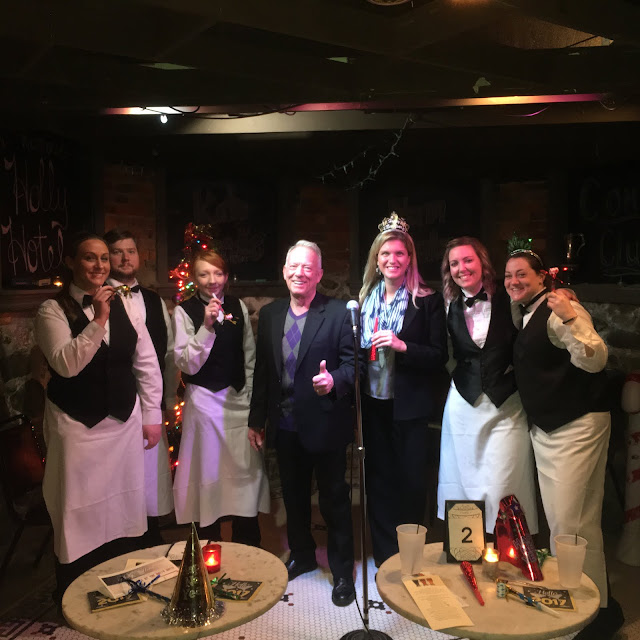 I didn't make many resolutions this year as I rarely keep them anyway.

But, I did vow to finally learn the words to Auld Lang Syne.
Posted by Kate Brindle at 5:41 AM No comments: