I had a couple of firsts on Valentine's Day.

I worked at Mark Ridley's Comedy Castle in Royal Oak, Michigan, and my act was translated into American Sign Language for the first time. You have no idea how tempted I was to tell all my dirtiest jokes, just to see how they would be signed.

I also got to be part of my first marriage proposal. Well, I didn't ask anyone to marry me, nor was I asked, but I got to facilitate an audience member asking his girlfriend to marry him. I called him up on stage (by the wrong name - Oops!), and in front of a sold-out crowd, he proposed. Best part? She said yes. Second best part? He was pretty forgiving of me messing up his name.

Overall, it was a really fun weekend, where I got to work with headliner Andy Pitz, who's super funny and nice. 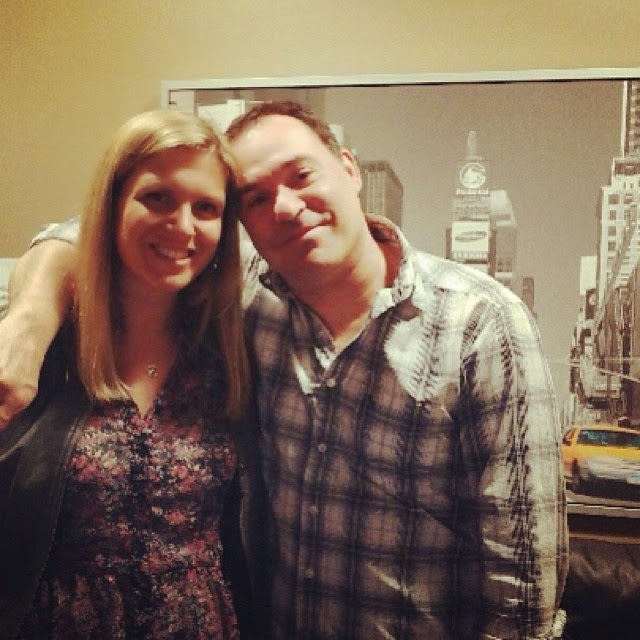 I also got to hang out out with my buddies, Russ and Delilah. And, really, what would a weekend be without a greenroom selfie? 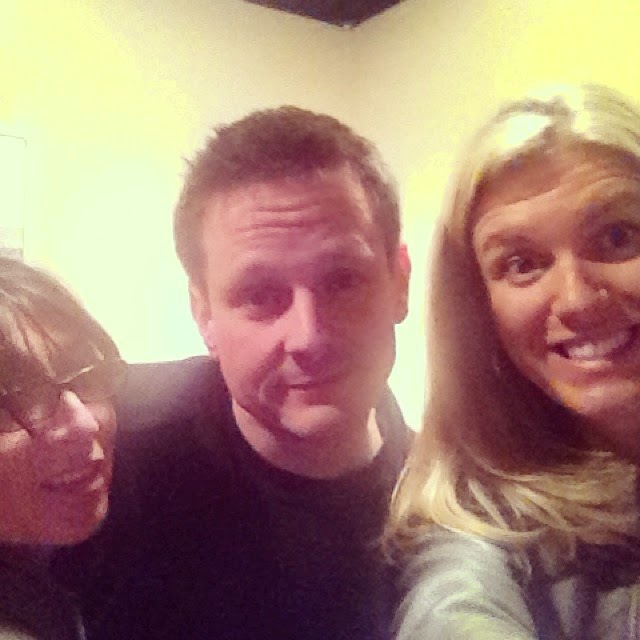 Posted by Kate Brindle at 1:45 PM No comments:

Look who came to visit for Valentine's Day! 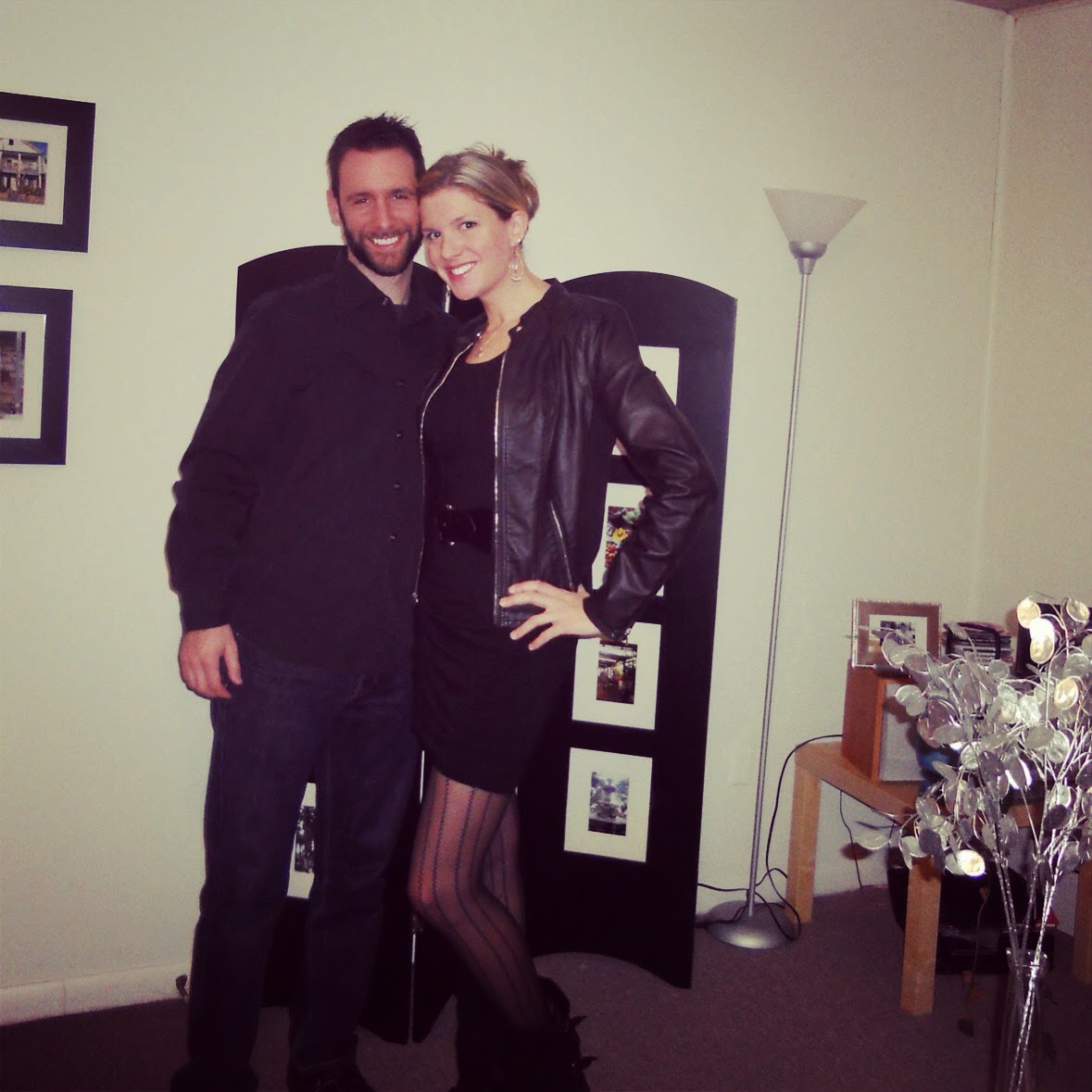 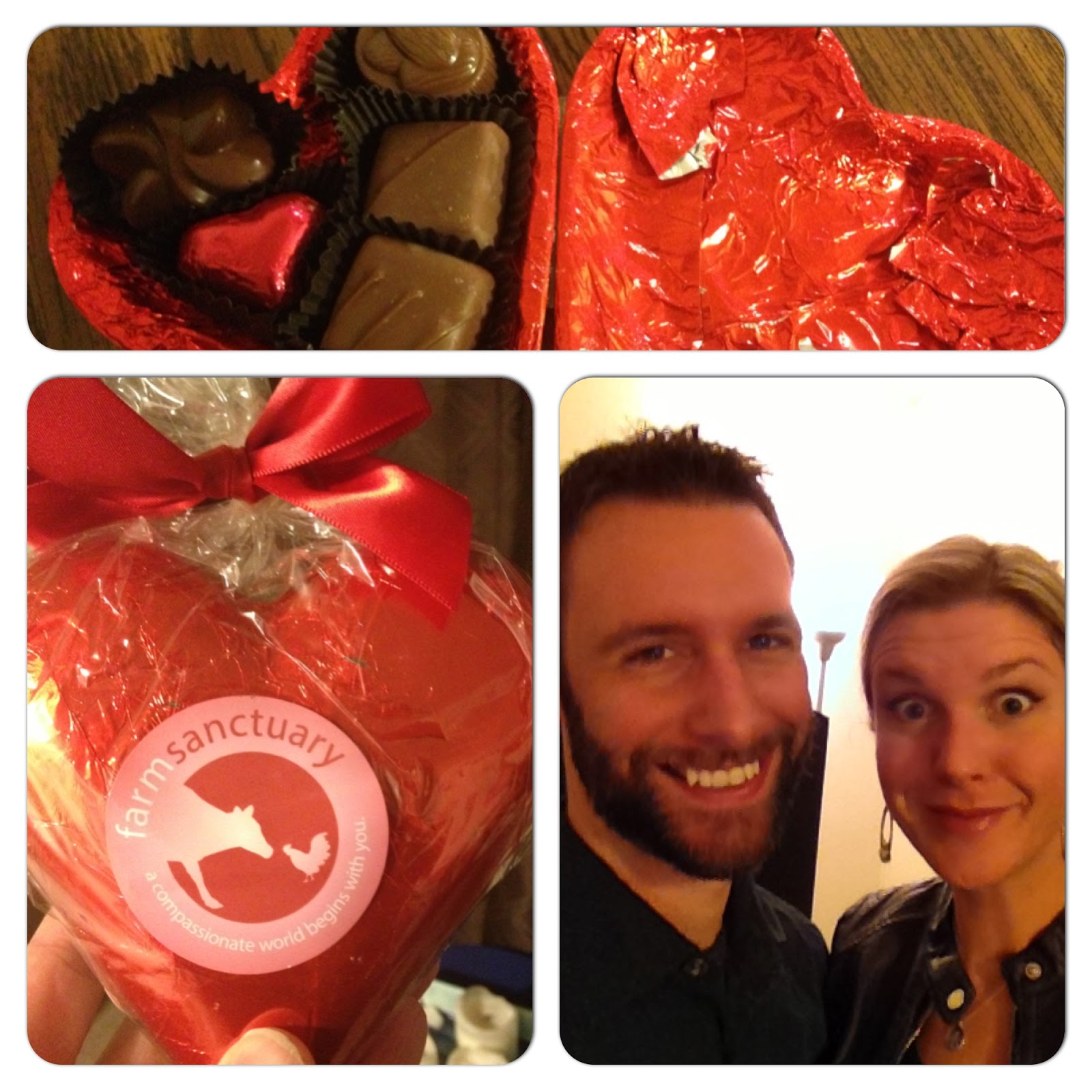 Vegan chocolate caramels inside a giant vegan chocolate heart? And it goes to benefit Farm Sanctuary? Clearly, the only option is to eat it all in one sitting, right? I'm pretty sure more animals are helped that way.

Hope your Valentine's Day is filled with just as much chocolate...and fewer creepy, possessed looking faces.
Posted by Kate Brindle at 10:50 PM No comments:

because I got to wear a suit! 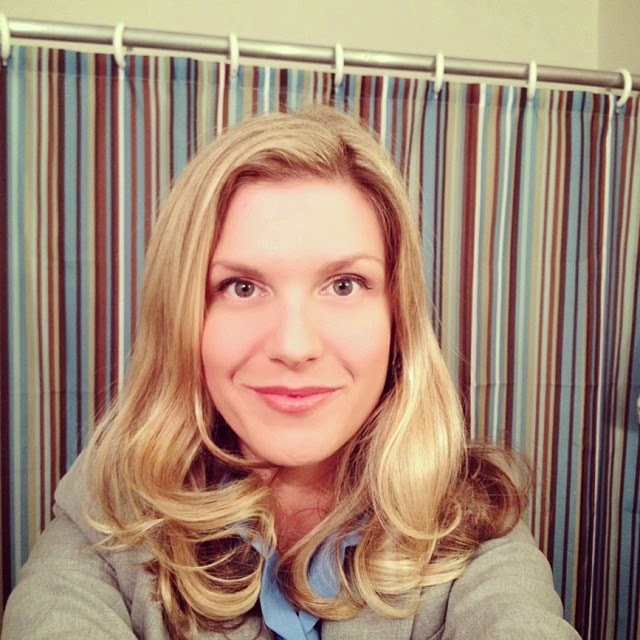 If this doesn't say "let me represent you in a slip and fall case," I don't know what does.
Posted by Kate Brindle at 2:09 PM No comments:

Thoughts on the Super Bowl

Well, these will be limited as I know basically nothing about it. In fact, I have no idea who is even playing in the darn thing, but I've got $50 on Artemis being named MVP of the Puppy Bowl.

Oh, and these!!! I know that I would give nearly anything (barring my NKOTB music/doll/button/clothing/pillow/water bottle/jewelry collection, of course) to anyone who made me at least 5 items on the list.

Posted by Kate Brindle at 2:28 PM No comments: