Dan and I took a quick trip to Chicago this weekend. I've been to Chicago several times, but I've never done the quintessential tourist things that the city offers. So, when I heard the New Kids on the Block were playing in the city, we piled in the car and decided to make a weekend out of it.

Of course, we had to listen to them the whole ride there. 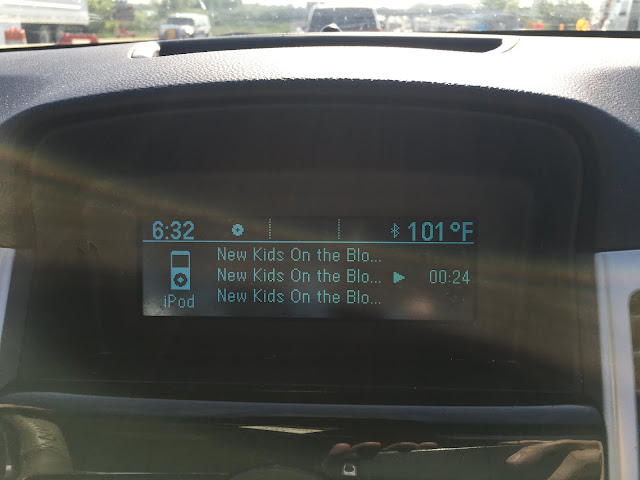 I hadn't seen the New Kids since they toured two years ago, and I was more than eager to get back to my loves! This time, they were on tour with Paula Abdul and Boyz II Men. Unfortunately, Paula got injured a few days prior and wasn't able to play the show with them. But, Boyz II Men, who became the opening act, were fantastic! They did their old standards, including their cover of "In the Still of the Night," which I've always loved. At one point, they strapped on guitars and did a Lenny Kravitz medley. 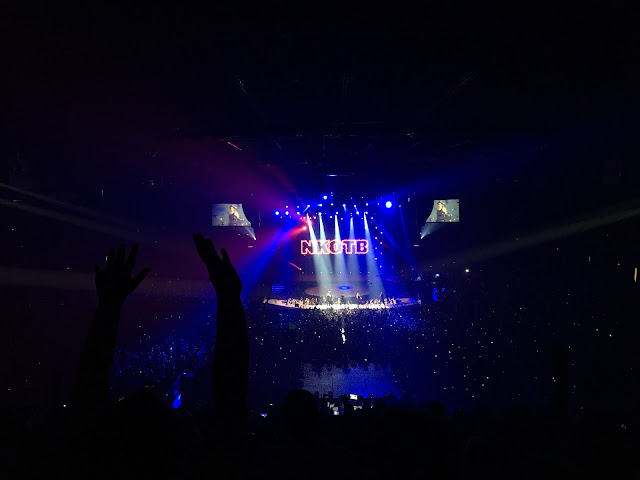 And then, New Kids came out! They put on a phenomenal show...as they always do. Not only did they play a lot of their hits (and a few songs from their new album), but they also did a "best of" section that included songs from all of their albums that they don't usually play. They even played a couple of selections from "Face the Music" and their first album. I was in heaven. 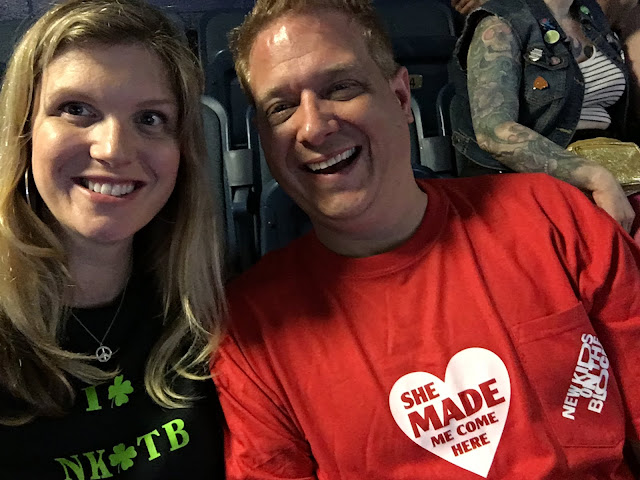 Not sure if Dan was, but I think he still secretly liked it.

The next day, we made our way into downtown. We ate at Native Foods for lunch, and it was absolutely delicious! We had the Thai chili Brussels sprouts, native chicken run ranch, and BBQ pulled jackfruit. And I had a lavender lemonade that was also quite refreshing.

And what would a blog post of mine be without some food pics? So, here ya go: 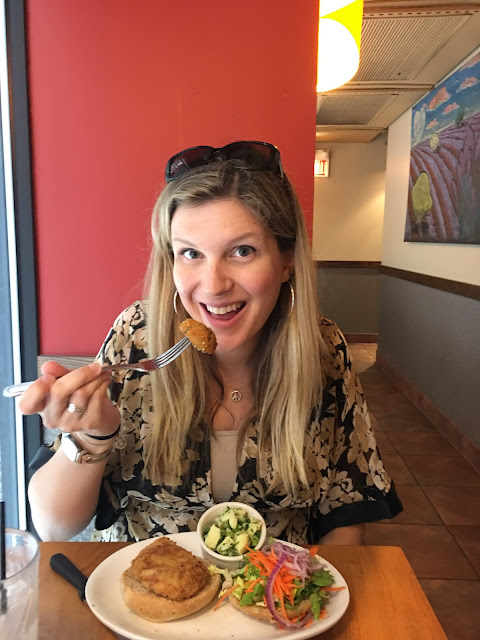 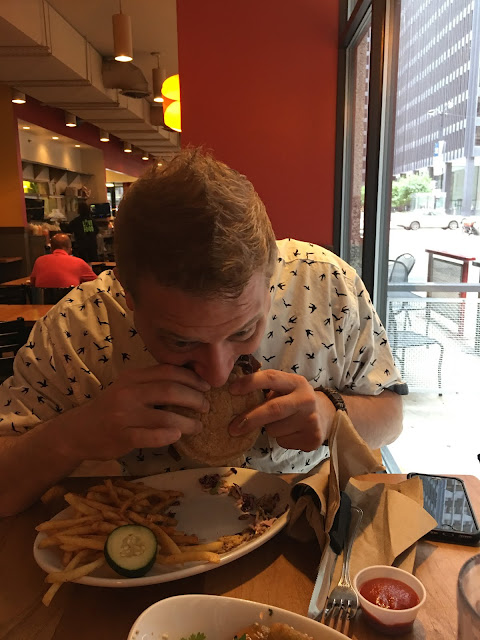 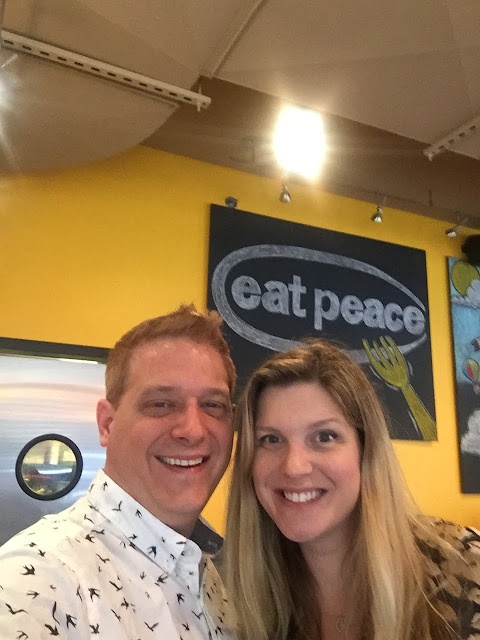 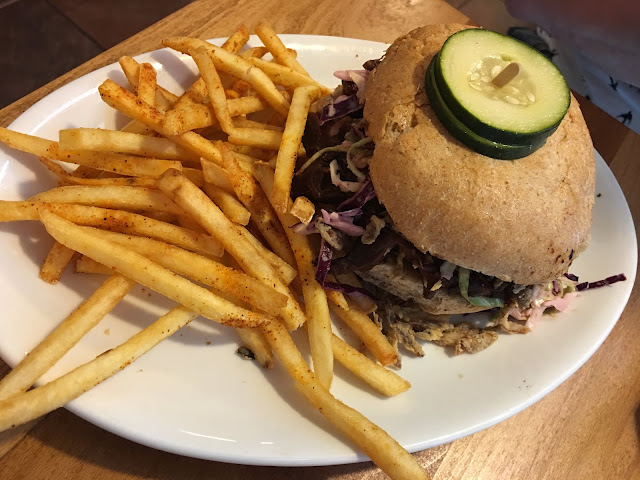 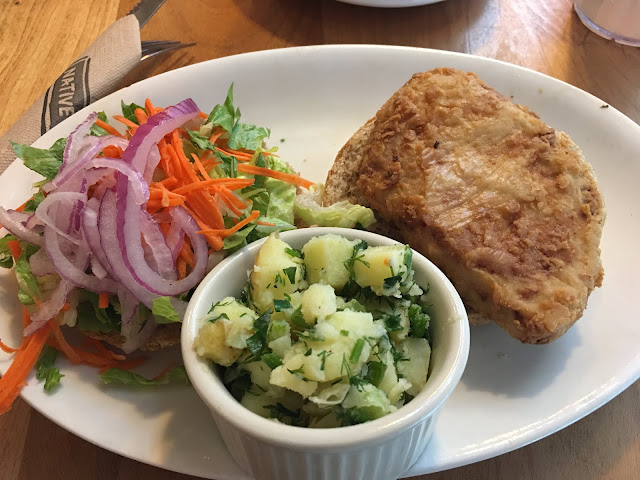 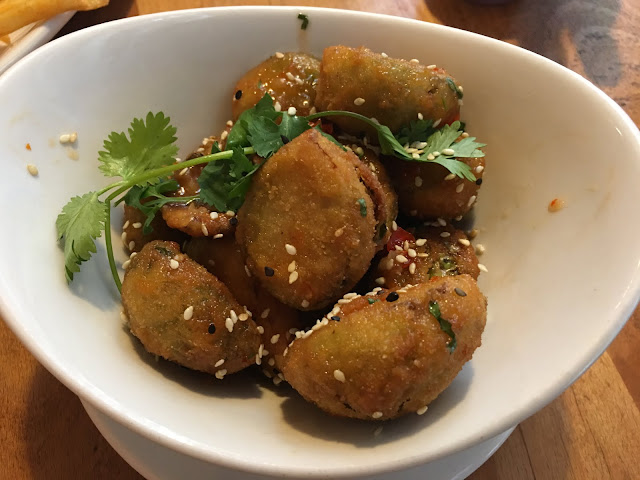 After filling our bellies, we headed to the Willis Tower to be tourists. The views of the city were lovely, and I (surprisingly) wasn't even that scared when I stopped on the glass observation deck. 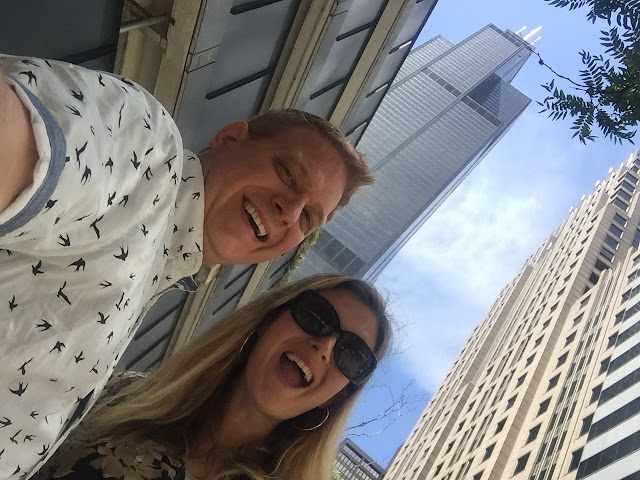 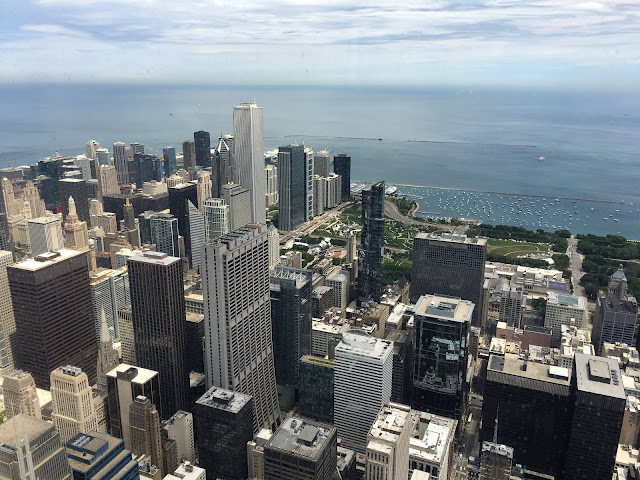 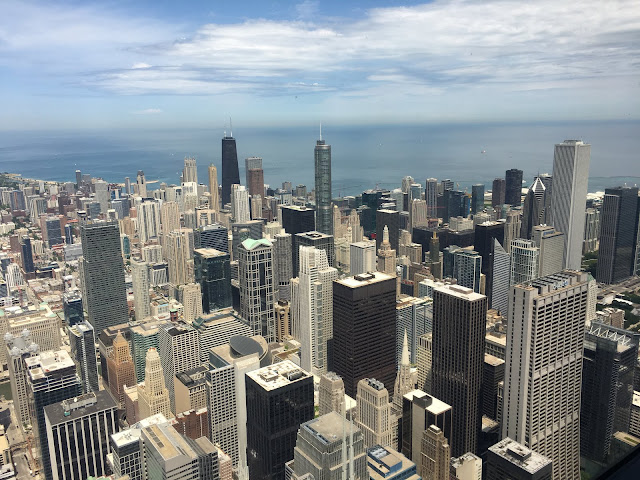 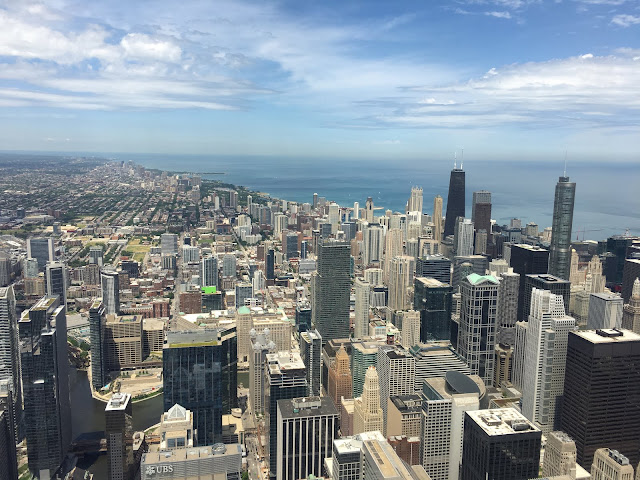 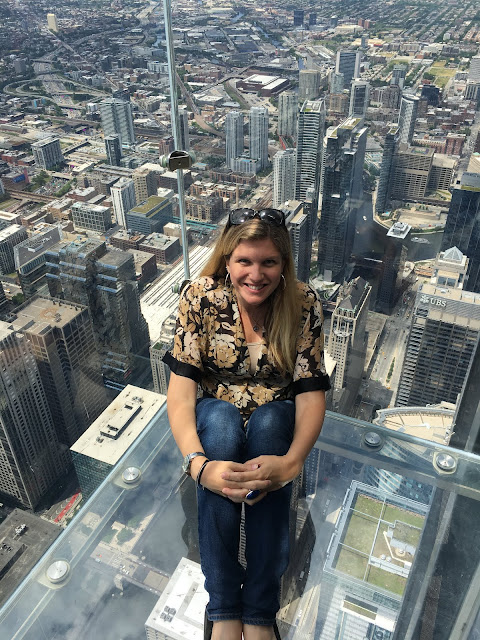 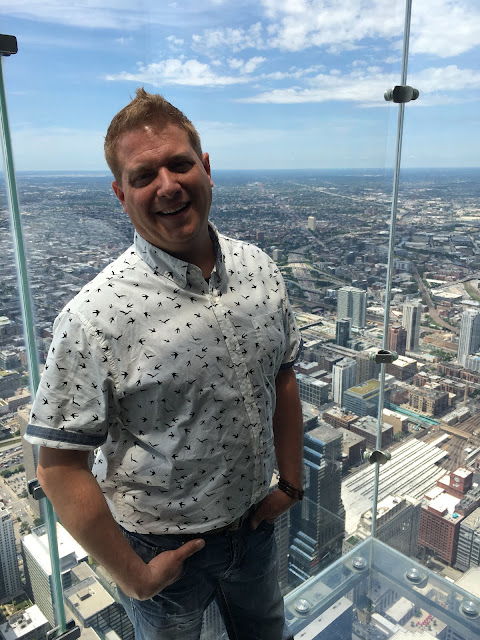 Of course we had to hit up Millennium Park and the Bean (which, I learned is actually named Cloud Gate), too. 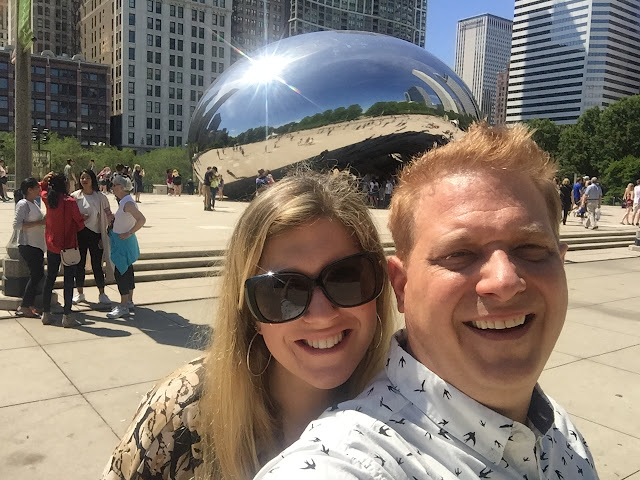 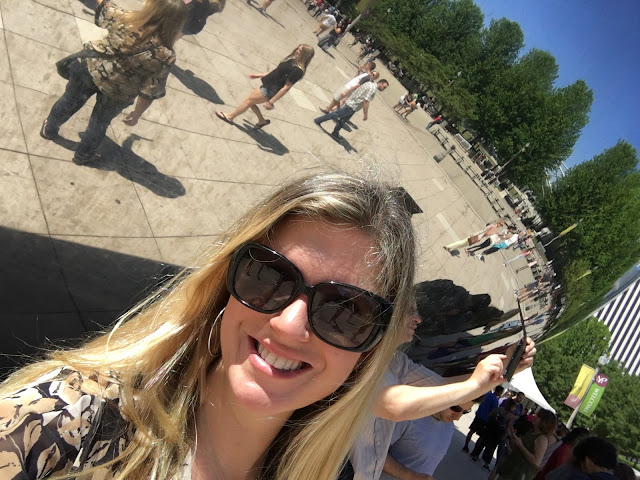 We were completely lame on Friday night, and instead of going out, we just had drinks at our hotel's bar (along with some killer bruschetta) before going to bed early. Are we old or what?

On Saturday, we woke up bright and early to hit up the outlet malls. I didn't take any pictures, but take my word for it, we got some steals! Though in an effort to make our new clothes not fit, we drove to the Chicago Diner for some food immediately after.

I had to get their chocolate chip cookie dough milkshake, which is one of my all-time favorites.

Dan got the BLT, mac & cheese, and the peanut butter chocolate cookie dessert (sadly, no pictures of that). 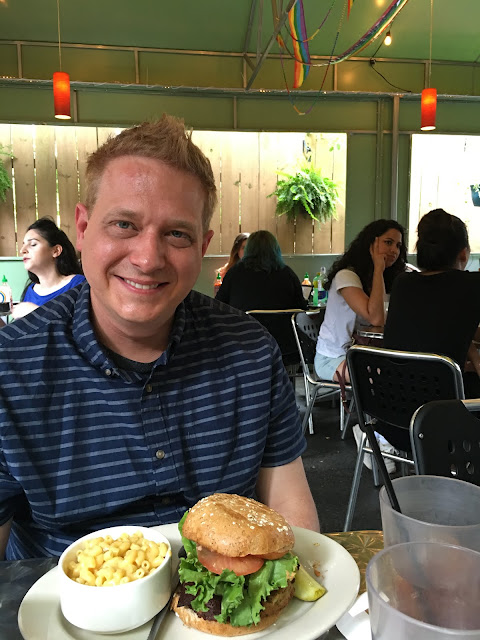 Since we hadn't shopped the entire day, we decided, "hey, why not hit up the biggest store we can think of that also happens to be like a maze and that guarantees we'll be in there for at least three hours?"

No pictures there either (there's only so many creative ways one can pose with a Lack), but we totally cleaned up! New kitchen fixtures, picture frames, decorative plants, and some other odds and ends we've been needing for a while.

I'm pretty sure I gained five pounds this weekend alone, and my bank account might be hurting from the full day of shopping, but we had so much fun in Chicago. Until next time...
Posted by Kate Brindle at 8:56 AM 1 comment:

I am now officially an attorney! After passing Michigan's February bar exam, I was sworn into the State Bar yesterday.

The ceremony was something I will remember for the rest of my life. In order to get sworn in, a licensed Michigan lawyer must make a motion in open court. I was so honored that one of my mentors (and also a dear friend) was able to motion on my behalf. I was also fortunate enough to have a family friend, who also sits as a Circuit Court judge, perform my ceremony. They both made it so personal, and at one point, I was brought to tears.

I've never worked harder for anything in my life. Going to law school full-time while also trying to be a full-time stand-up comic and working two other jobs did not leave a lot of time for sleep. It also made me pretty unpleasant to be around, so my apologies to anyone in my life who has actually had to deal with me over the last four years. After I graduated, I had to not only study for the bar exam, but also take the darn thing (a process that made sticking a fork in my own eye seem preferable).

But, today made it worth it! I truly believe the legal system is one of the best mechanisms we have for social change, and yesterday reaffirmed that commitment. I was so proud to take the oath, which includes the following provision:
"I will never reject, from any consideration personal to myself, the cause of the defenseless or oppressed, or delay any cause for lucre or malice."

I am also so incredibly thankful to my friends and family who supported me during my law school and bar exam journey. I certainly could not have done it alone! 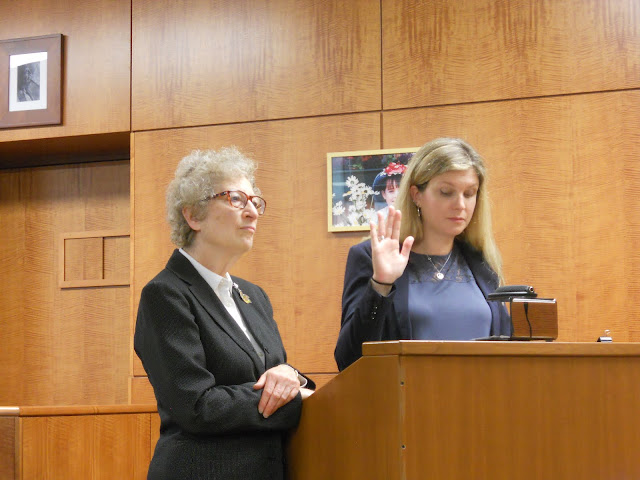 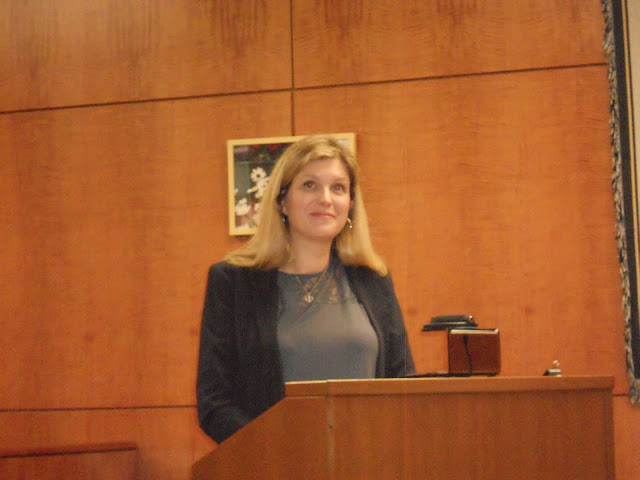 Posted by Kate Brindle at 6:00 AM No comments: