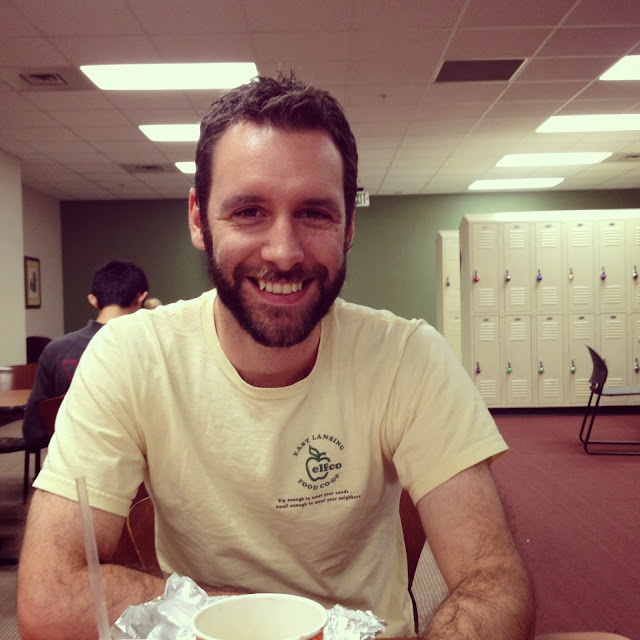 I told him about the awesome vegan wraps my law school's coffee shop serves, so he flew up to check them out for himself.  How fitting that he wore a shirt with the words "East Lansing" on it.  He likes to wear the name of the place he visits.  Exhibit B. 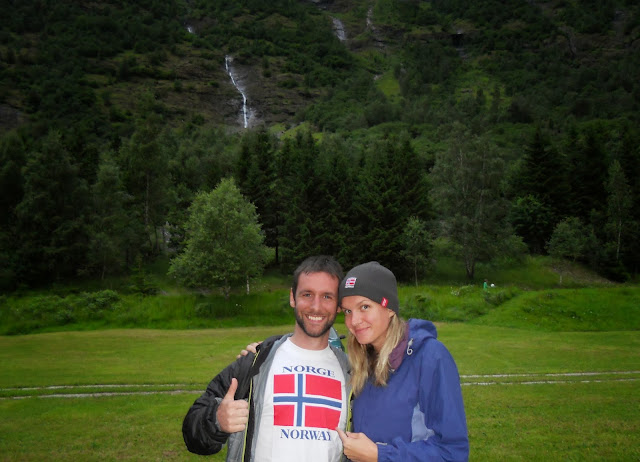 Perhaps I should give him a shirt that says Australia as a hint for him to go there with me.

Since Drew now lives in Texas (he's getting his PhD at Rice University), he really misses Michigan falls.  So we decided to do "fall-ish" things.  This included eating foods with pumpkin in them and going to the cider mill.  Maybe we should have jumped in some leaves and frozen our butts off while we were at it?  Those two things always remind me of fall in Michigan.

Our trip to the cider mill was fantastic!  Not only did we discover that the apple pie-type thing they sold was vegan, but the owners let us walk around the orchard for as long as we wanted. 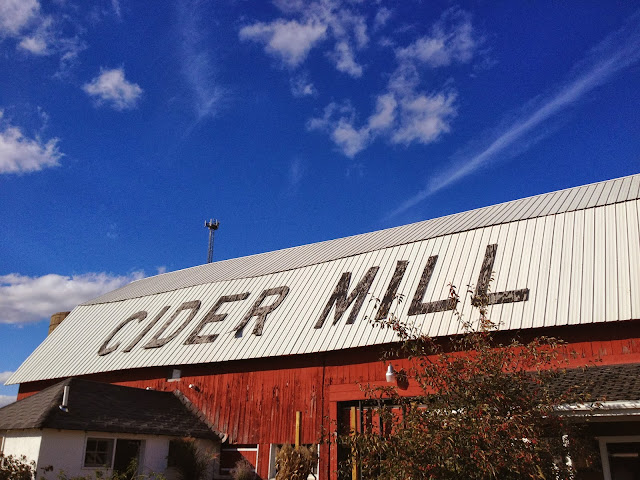 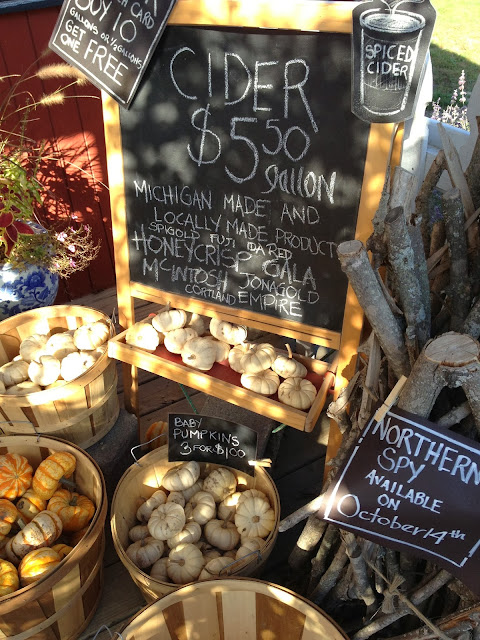 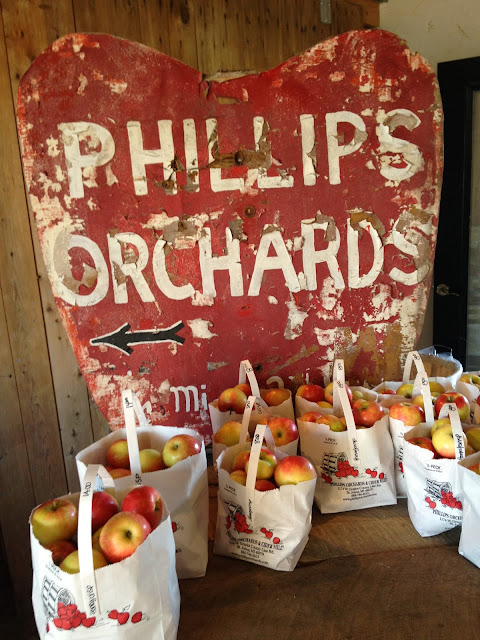 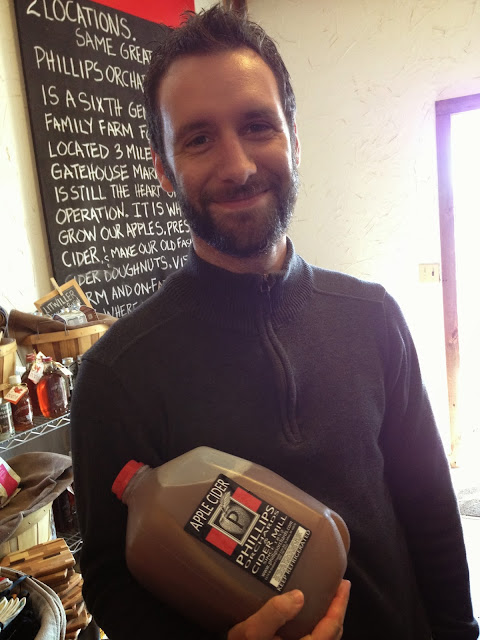 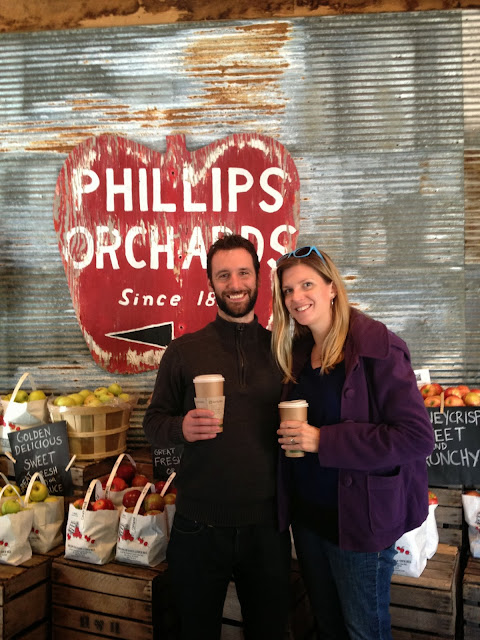 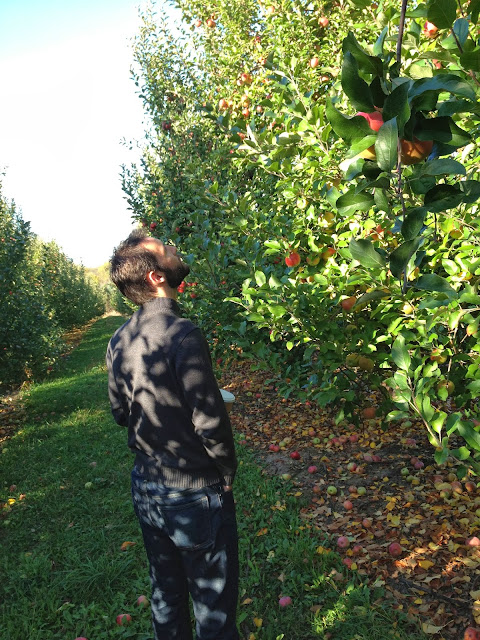 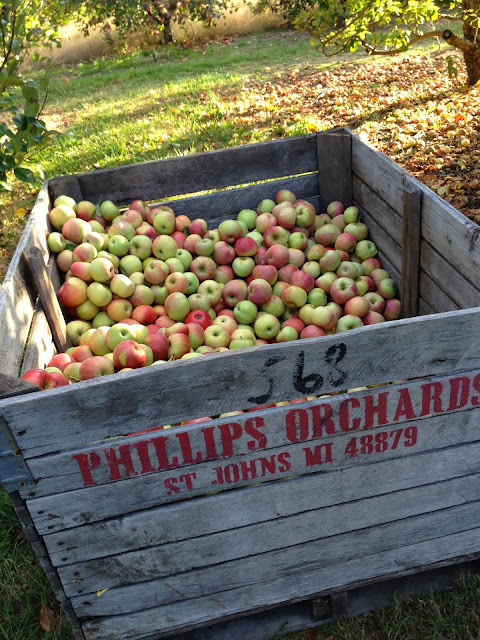 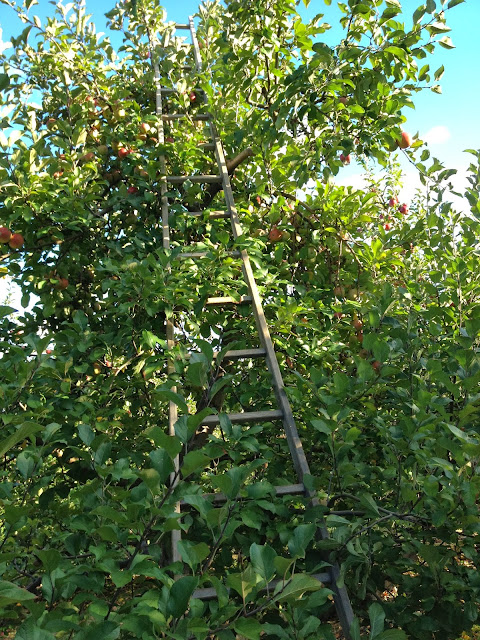 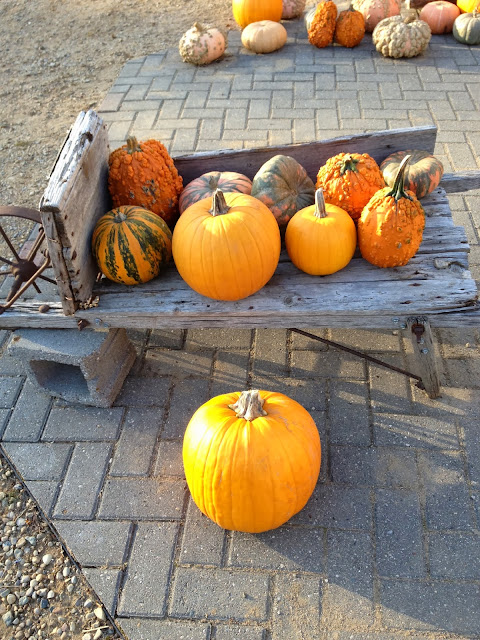 When we returned home from the cider mill, we stuffed ourselves with comfort foods (and wine!).  Gluttony is "fall-ish" too, right?  That's sweet potato/lentil/rosemary loaf with mashed potatoes and green beans. 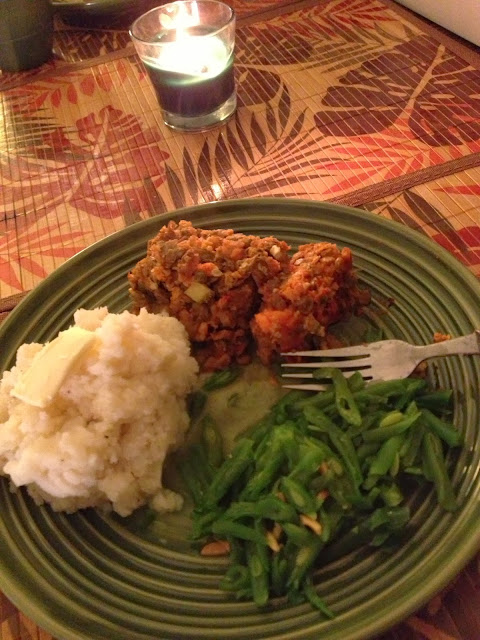 P.S. You're damn right I class up my kitchen table with $1.50 Glade scented candles.

And for dessert?  The aforementioned apple pie-type thing, which was HEAVENLY! 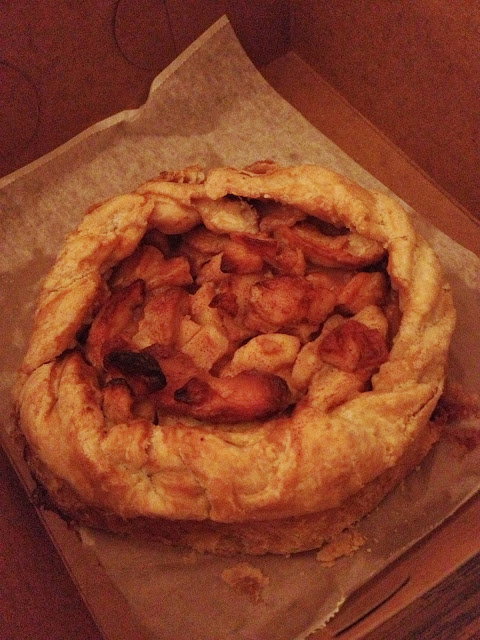 On Friday and Saturday, I worked at the Holly Hotel in Holly, Michigan.  Two of the shows were sold-out!  I opened for Dan DeCapua, and I was so excited to see him since it had been years since we worked together.  Drew and I also enjoyed some killer Long Island Iced Teas there.  My only complaint?  Drinks larger than my face aren't nearly big enough. 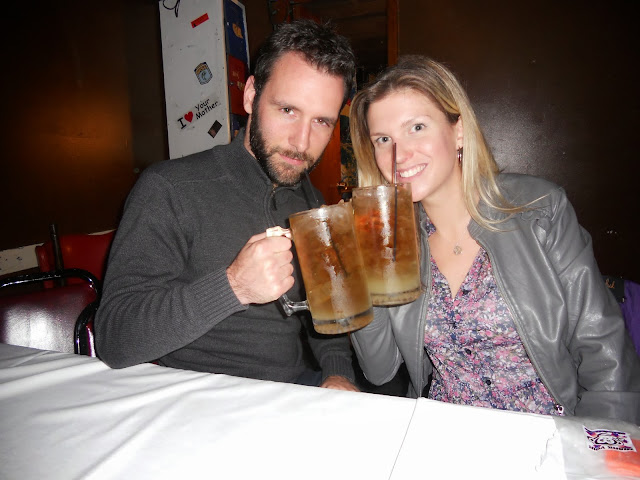 Posted by Kate Brindle at 5:29 PM No comments:


Imagine living your entire life in a cage so small you couldn’t lift your arms, or turn around. That is just one part of the Hell that is life for approximately 65 billion animals killed to produce meat, eggs, and dairy. Most of these animals are raised on factory farms, where they are confined in small cages or jam-packed sheds, mutilated, and raised to grow so large, so quickly, that many of their limbs are crushed under the weight of their bodies.  When they have finally grown large enough, animals raised for food are crowded onto trucks and transported over many miles through all weather extremes, typically without food or water, to the slaughterhouse. Those who survive this nightmarish journey will have their throats slit, often while they are still fully conscious.

This year, on October 2nd, World Farm Animals Day seeks to expose this needless suffering.  Held annually since 1983, the day celebrates the lives, exposes the abuses, and mourns the slaughter of billions of sentient animals raised for food.

Not only does factory farming hurt animals, but it is also harmful to human health.  A study of more than 120,000 people by the Harvard School of Public Health confirmed once again that meat consumption raises the risk of cancer and cardiovascular diseases. Further, Director General of the World Health Organization Margaret Chan, warned that routine use of antibiotics to promote animal growth in factory farms is causing “the end of modern medicine.”

Additionally, factory farming causes devastating environmental consequences.  Many leading environmental organizations, including the National Audubon Society, the Worldwatch Institute, the Sierra Club, and the Union of Concerned Scientists have recognized that raising animals for food damages the environment more than nearly anything else that we do. Whether it's the overuse of resources, global warming, massive water or air pollution, or soil erosion, raising animals for food is wreaking havoc on the Earth.

Luckily, there is an easy solution: adopting a vegan diet.  Whether you go vegan for animals, your health, or the environment, you have the power to change the world, simply by changing what's on your plate.  World Farm Animals Day is an excellent day to try new vegan recipes and start reducing your consumption of animal products.

When you add up the damage that the meat industry does to the environment, animals and human health, the question isn't really "Why should I go vegan?"—it's "Why wouldn't I go vegan?" 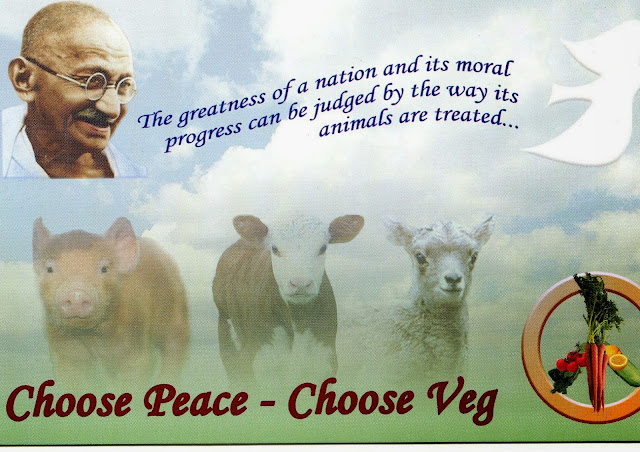 Regular entries about running and drinking will now resume.
Posted by Kate Brindle at 6:41 AM No comments: