After leaving Duluth, I was home for a day before hitting the road again (this time to work at the Loony Bins in Tulsa and Wichita). 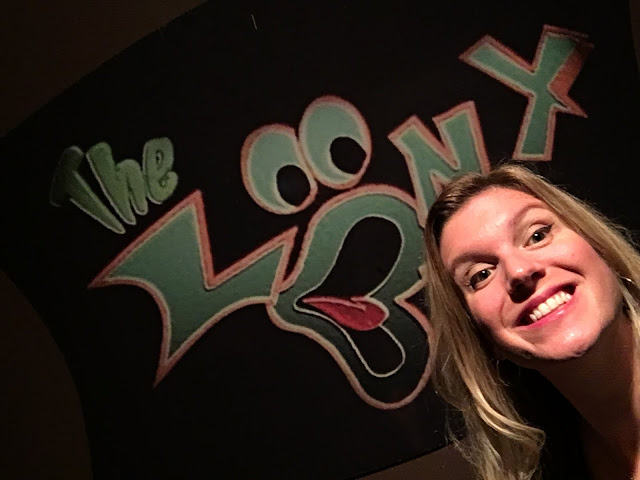 I always have a good time at the Bins, and this time was no exception! In Tulsa, I worked with James Ervin Berry and Scott White, who both put on an awesome show!

During the day, I occupied my time by going to thrift stores (Tulsa Goodwill, let me just say, you are the best Goodwill I've ever seen!), running at the gym, and catching up on movies.
Oh, and I suppose I spent some time acting like a 13-year-old and selfie-ing it up.
I spent Sweetest Day in Tulsa, but luckily, I had an awesome date to share it with: 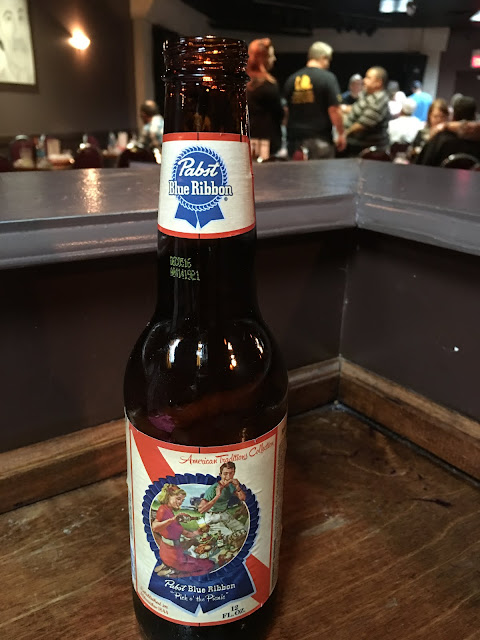 After the shows, I decided to get out and explore Tulsa. I first made my way to Trader Joe's (AKA the promised land). I now live over an hour from Trader Joe's, and my heart aches for it daily. 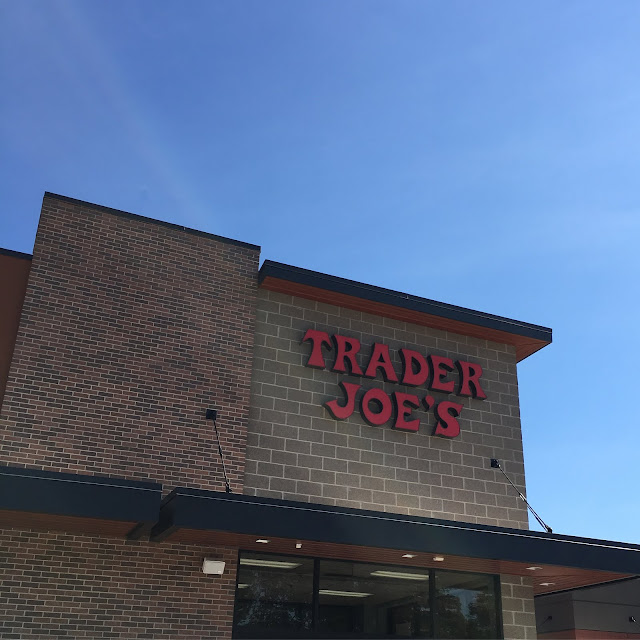 The only tragic flaw with Trader Joe's in Oklahoma is that they are not allowed to sell three buck Chuck due to Oklahoma's strict liquor laws.

After filling up on way too many snack items, I headed over to the Gilcrease Museum. To my delight, the museum had an exhibit dedicated solely to chocolate. Hence, the Gilcrease has now officially become my favorite museum (and the inspiration for me wanting to eat my body weight in vegan chocolate). The exhibit was so cool, and it even smelled like chocolate! 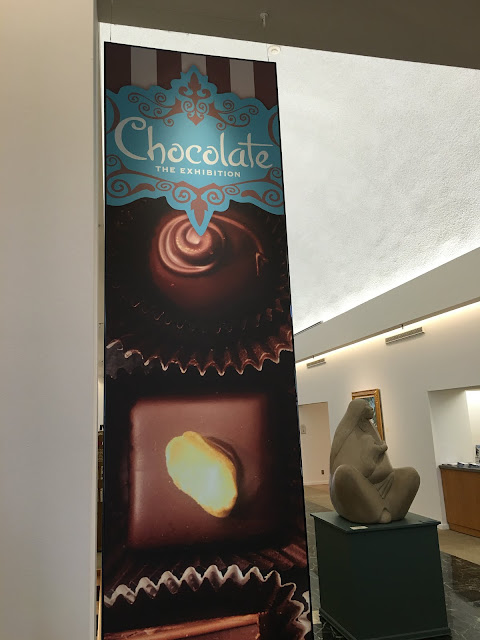 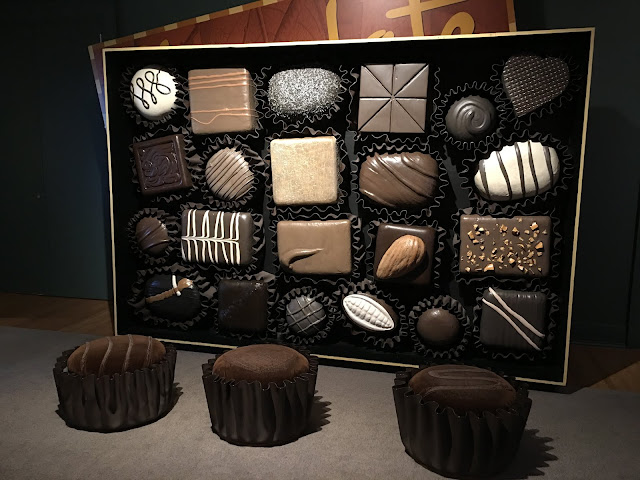 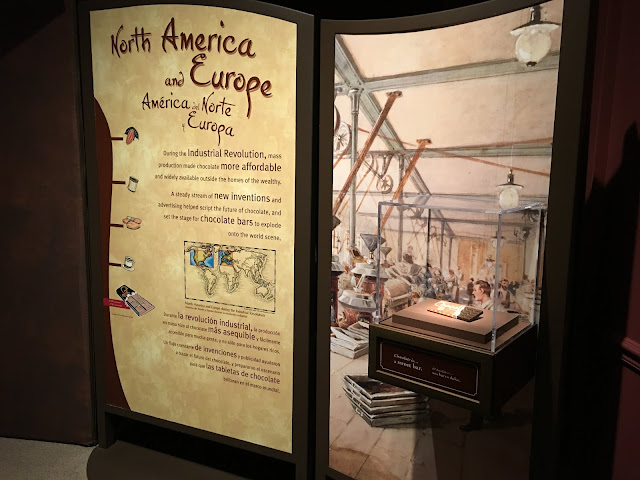 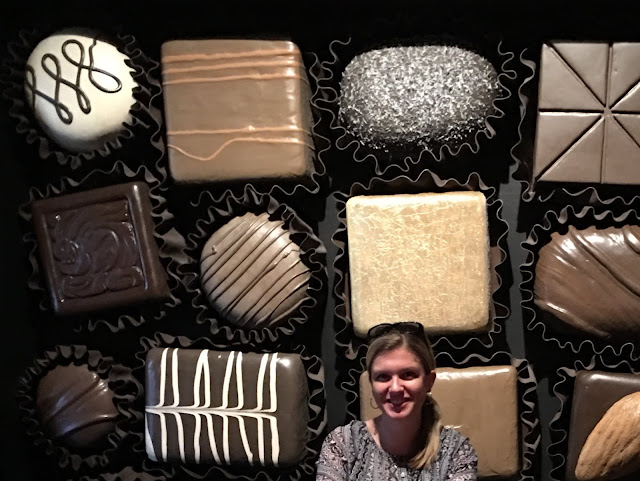 I then wandered around the gardens for a bit before heading home. It was such a lovely day! 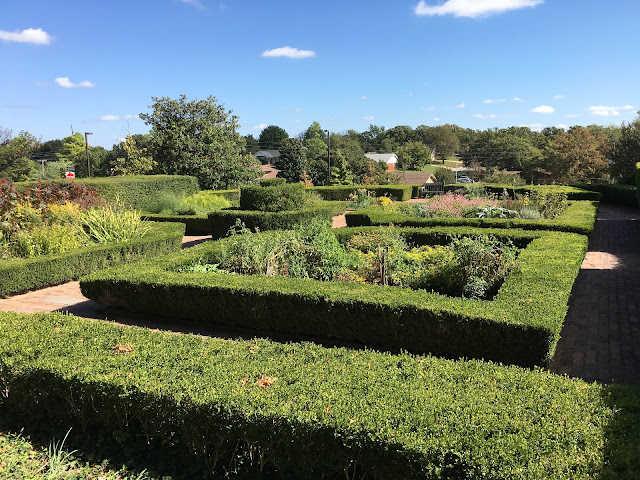 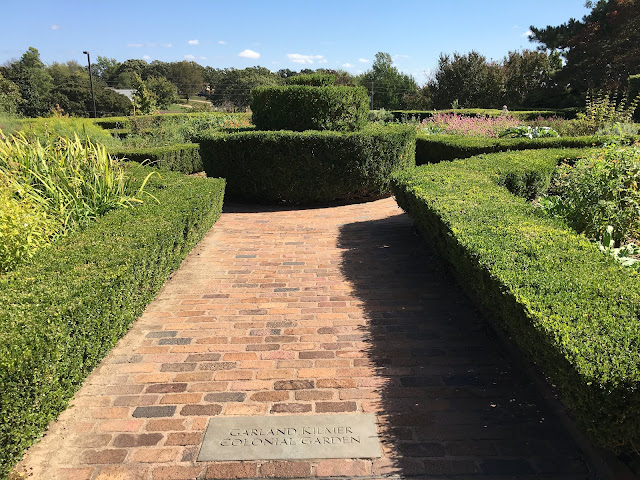 On Tuesday, I headed up to Wichita. Upon my arrival, I found out that one of the local theaters near the club was having a Horror Festival. I love, love, love Halloween, and I also love scary movies and classic films. Put them together = Kate Brindle in heaven.

Oh, and did I mention the theater served beer? Again, heaven. 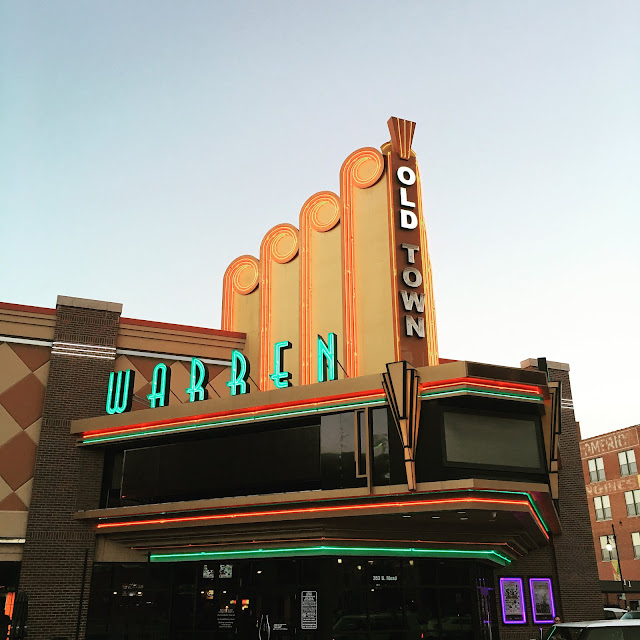 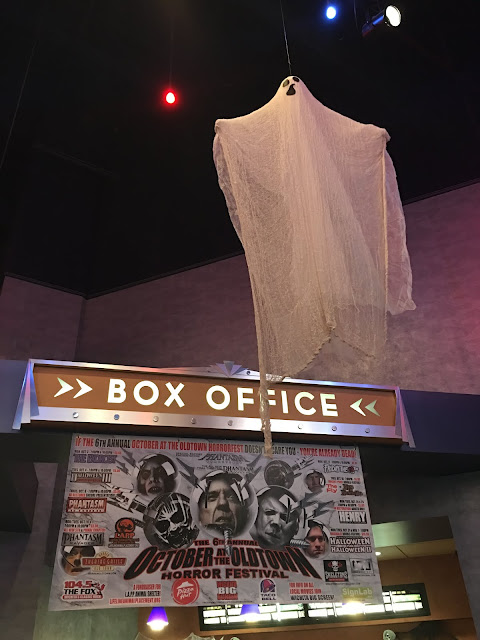 I saw a Vincent Price double-feature and sipped on hard cider. It was a fantastic way to start the week!

On Wednesday, I hosted a preliminary round of Wichita's Funniest Person. Not only did I get to see a lot of great local comics, but I met some of the folks in the contest, who could not have been nicer. After the contest, they took me out for drinks at Rain Cafe. 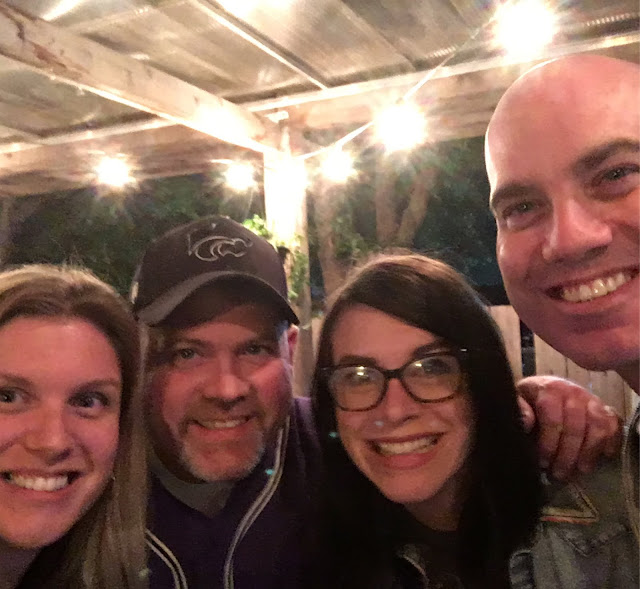 During the week, I worked with Gabe Kea and Louis Johnson, who were both hilarious! 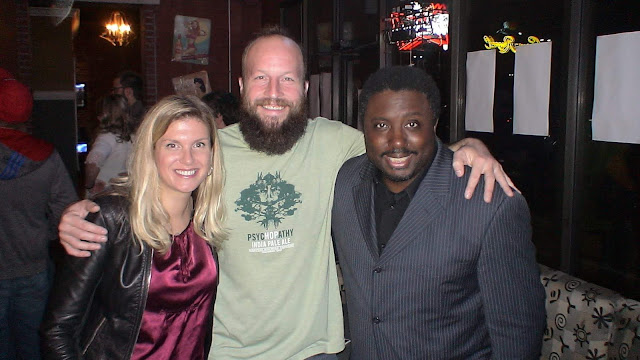 I also learned that I make really attractive faces on stage: 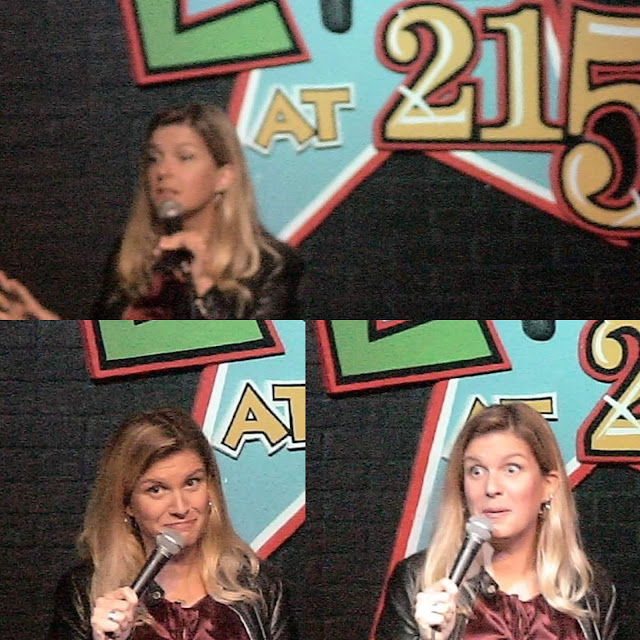 I'm proud to report that I ran everyday during my week in Wichita.

Posted by Kate Brindle at 8:53 AM No comments:

Friends and Food in Duluth

During the first full weekend of October, I headed up to North Dakota and Minnesota. My first stop was Minot, North Dakota. My GPS said the drive was 17 hours, but between stops for gas, food, bathroom breaks, and little snoozes along the way, I was in the car for nearly 24 hours. Oy.

Thankfully, the show was really fun and it made the sleep deprivation/back problems from my drive melt away.

I didn't get any pictures from the show (I have to get better at that), but I did take one of this cool flyer. 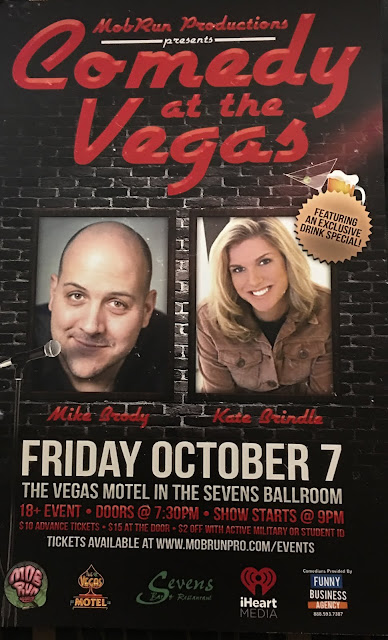 The following day, I woke up bright and early to get on the road to Duluth. PS What the heck is this, North Dakota? I am so not ready! 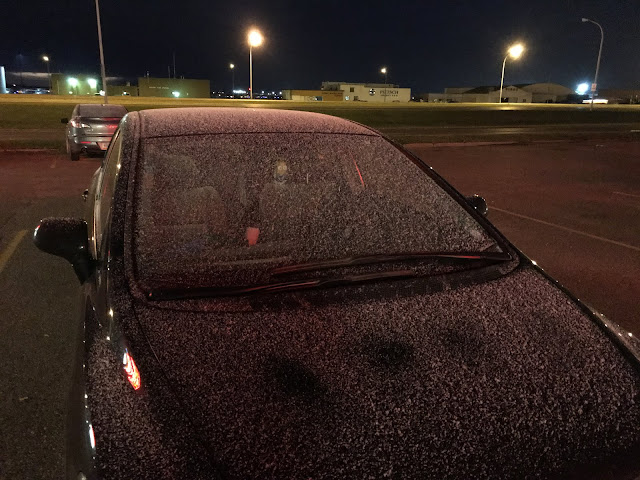 I drove as the sun rose, and saw a lot of this out my car window: 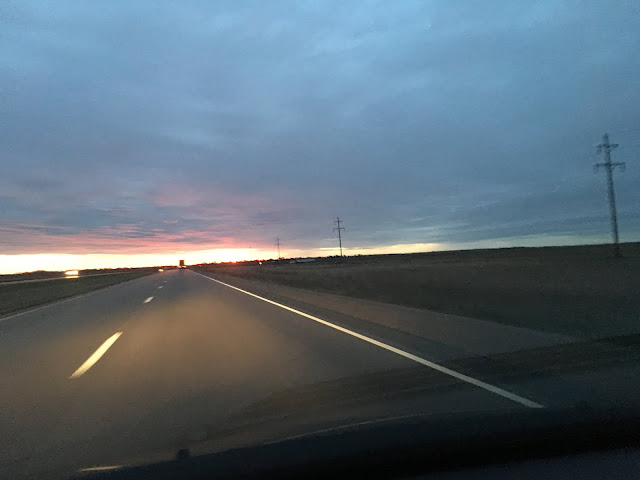 When I arrived in Duluth, I immediately went to my friend, Tim's house. Tim helps with the sound at Dubh Linn's Pub (the stand-up venue in town), and we met several years ago when I was playing there. We immediately hit it off and have been really good friends ever since. Every time I go to Duluth, I always stop by Tim's house to hang out with him.

Oh, and did I mention Tim is one of the best cook's I've ever met? After I got to his house, he made us vegan bruschetta before heading to the Dubh Linn's.

The shows were a lot of fun, and like my show in Minot, I couldn't even feel how tired I was! 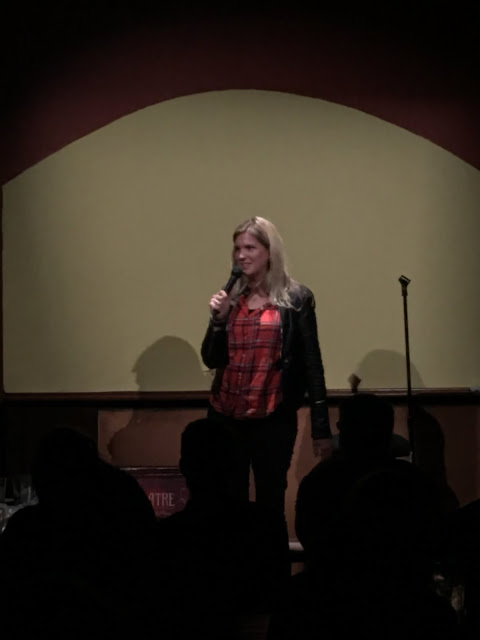 Although, after getting back to Tim's house, I fell right asleep.

When I woke up on Sunday, Tim made lemon pancakes with real maple syrup. They were amazing!

After breakfast, we hung out in his garden and picked beans, cucumbers, and squash. And then, he taught me how to can!

I've always wanted to learn how to can. I am quite in love with my slow cooker, and sometimes I daydream about making everything homemade in my kitchen. I should note that these daydreams don't last all that long as I usually remember Taco Bell exists and then quickly abandon them.

But, on Sunday, my homesteading dreams were in full effect.

After we canned, Tim's daughter, Emily, came by and I got a chance to hang out with her and meet her new boyfriend. Emily works at a bakery, and she came bearing vegan cupcakes. Wow, oh wow!

For dinner, Tim made a maple lentil loaf that, like everything else, was out of this world. We then made a fire in his backyard and ended the night by chatting over homemade wine (Tim and his girlfriend even make their own wine!). 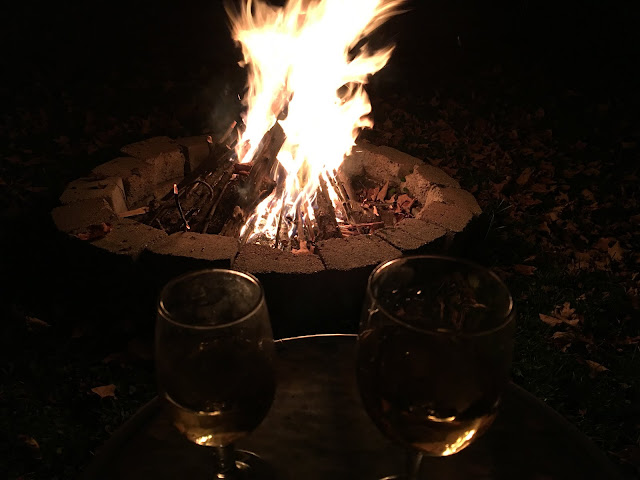 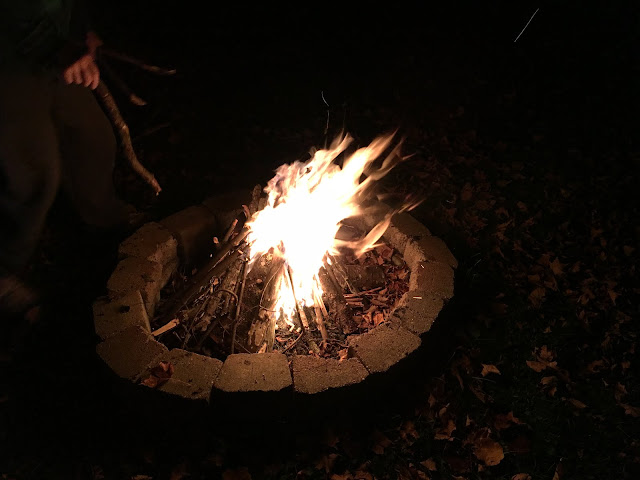 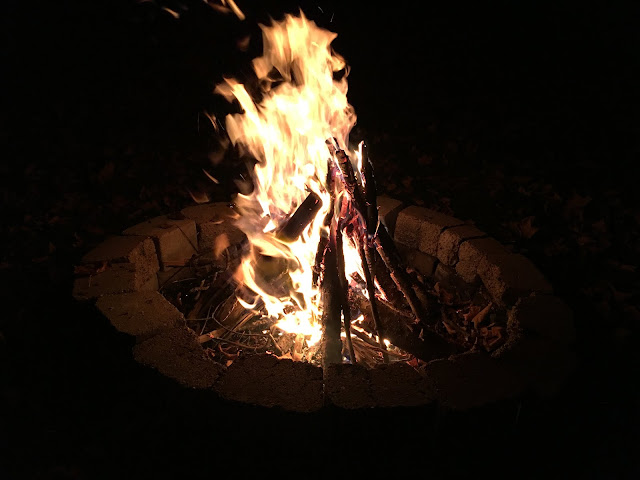 It truly was a wonderful day.

I am so thankful for stand-up comedy, not just because it's allowed me opportunities to see parts of the country I never thought I would, but because of the people I've met. Tim is an absolute gem, and I am so lucky to call him a friend. He and his daughter always show me such an amazing time, and I'm pretty sure I saved, like, 13 children in a former life to deserve the friendship of these two.

I just wish I could've stayed longer. But, early Monday morning, I began the trek back to Michigan. And for dinner, I made one of the acorn squashes I helped pick. It was deeee-lish! 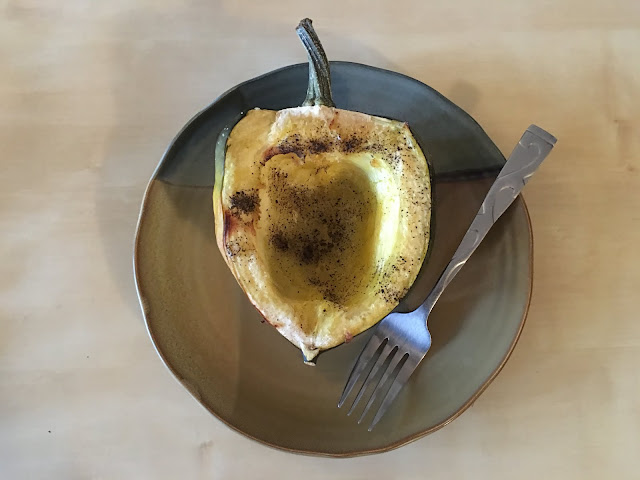 Posted by Kate Brindle at 7:44 AM No comments: