Hanging with the Hurricane

I spent the week before Labor Day in the Outer Banks of North Carolina. Despite a hurricane threatening to come into town, my sunglasses getting stolen by waves (Apparently, the Atlantic Ocean has an affinity for ginormous sunglasses that make her look like a sorority girl or Jackie O.) and some shows getting canceled, I had a lovely time. 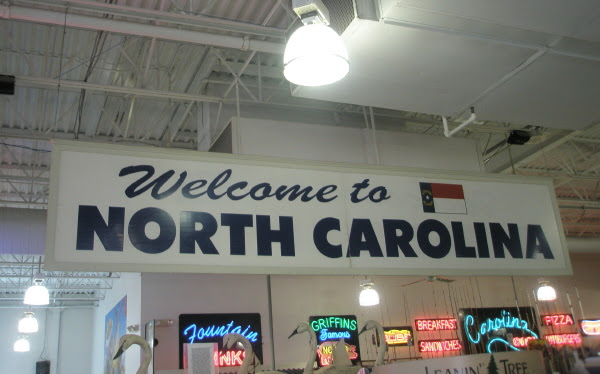 Some pictures from around town: 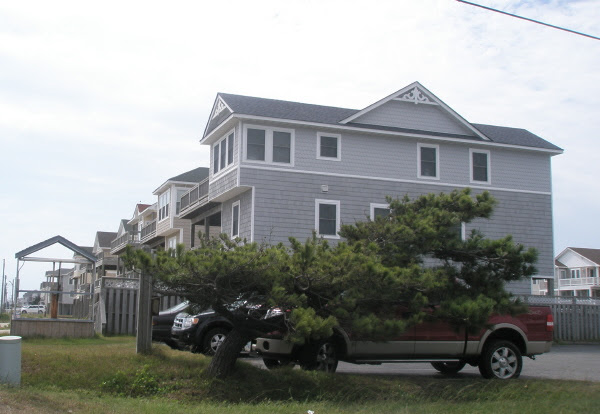 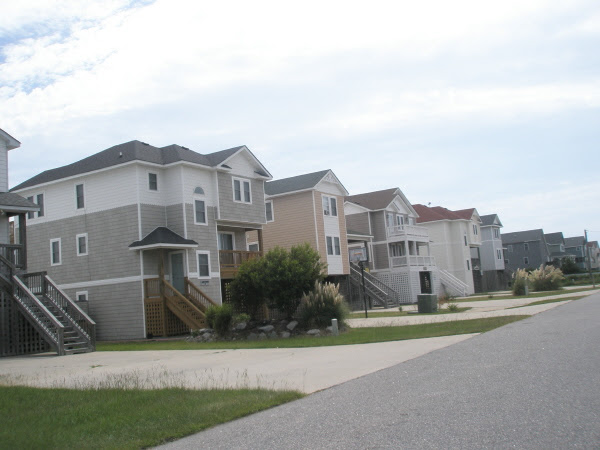 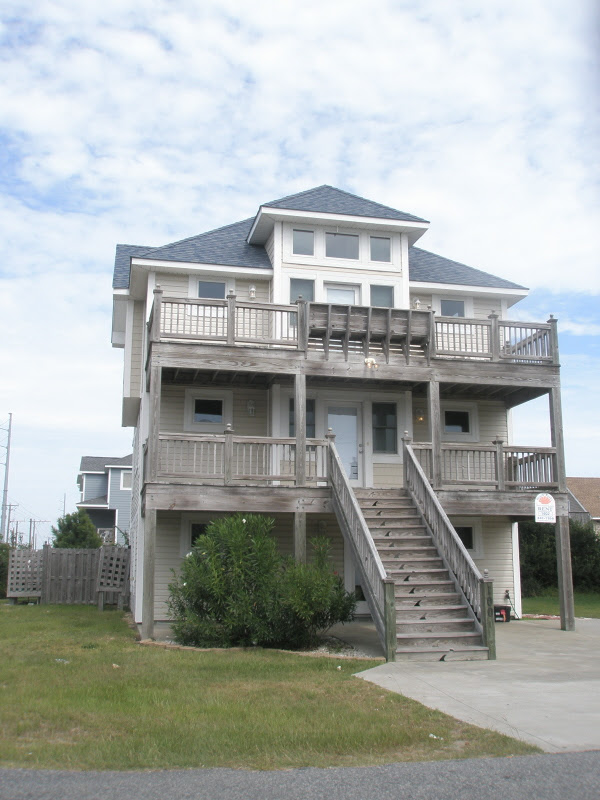 The Outer Banks (or OBX, if you’re nasty) features New England-style homes with huge decks and elaborate stilts. If you’re a Nicholas Sparks fan (and you might not want to admit it if you are), and you’ve seen Nights in Rodanthe, well, the entire area pretty much looks like the set of the movie. It’s quite beautiful.

Ed and Leslie own the comedy club, and when you work there, you stay at their house, which features this view: 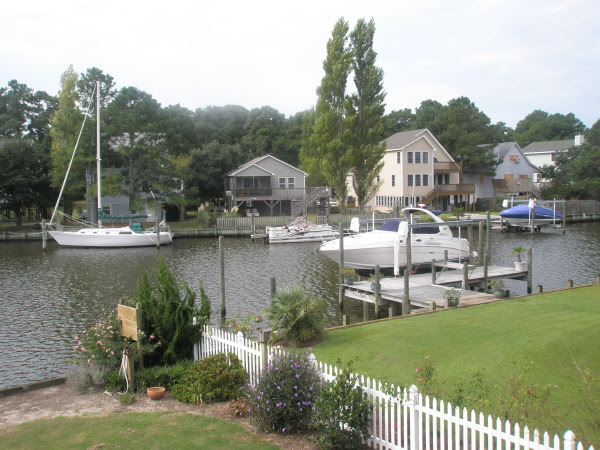 They also have two awesome dogs named Girl and Buddy. 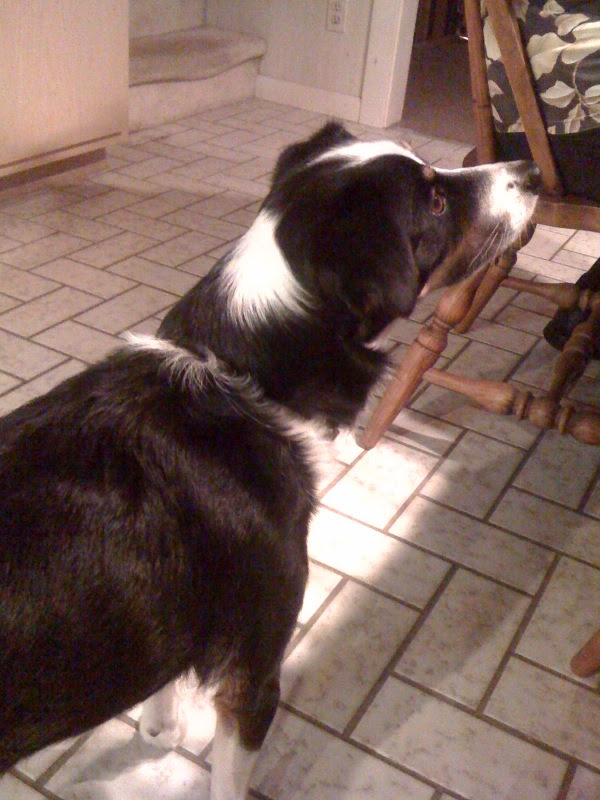 That’s Girl, who is fixated on some Harris Teeter hummus and praying for an unfortunate accident involving it meeting certain death on the floor.

I worked with Rob Brackenridge and Chris Coccia, and Rob and I took advantage of the Jacuzzi and kayaks. 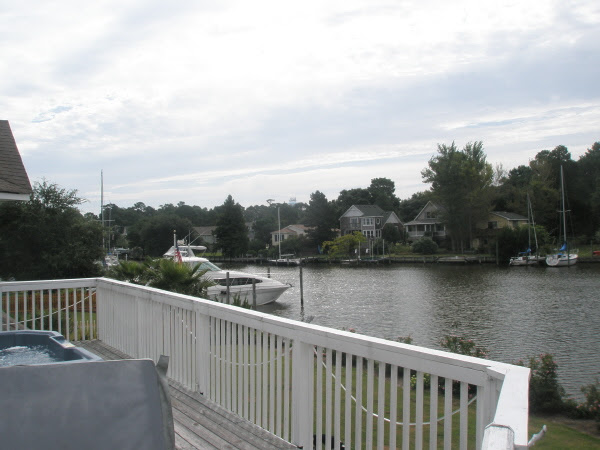 The water we kayaked in was so still and calm, and as I approached hour seven (okay, hour two) in the hot tub (pictured on the left), I realized that I could definitely get used to boating and relaxing by day and telling jokes by night.

However, Hurricane Earl had other plans.

He threatened to come in on Thursday, which prompted a mandatory evacuation for all visitors.

Every major news network was in town (and staying at the hotel where the comedy club is located) to cover the storm. Al Roker was even there! 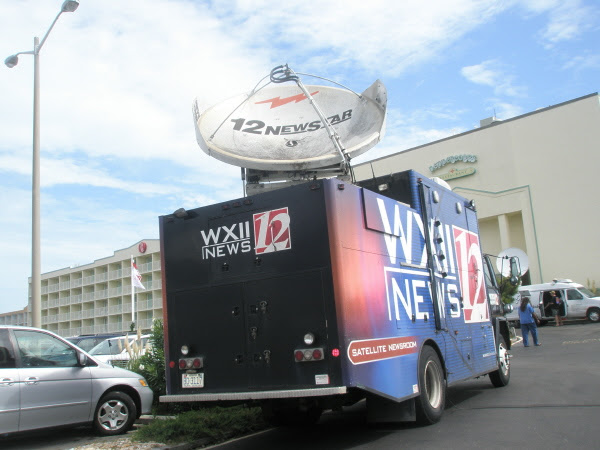 Before our last show of the week, Rob and I concocted a plan to get on camera (After all, if you can’t be on Comedy Central, you might as well try to get on the Weather Channel as a tv credit is still a tv credit). We decided that we would both put on our best Midwestern voices (he’s originally from Wisconsin, and I can do a fairly bang-up North Dakota accent, if I do say so myself) and run behind the camera while screaming that the apocalypse is coming. We were going for something along the lines of miming pulling our hair out while saying, “You betcha we’ve never seen storms like this! Cheese-n-rice, this is even scarier than the snow in Fargo!” However, right as we were about to execute said plan, some little kids ran in front of the cameras and did the exact same thing! Those little mofos stole our thunder! Bah! 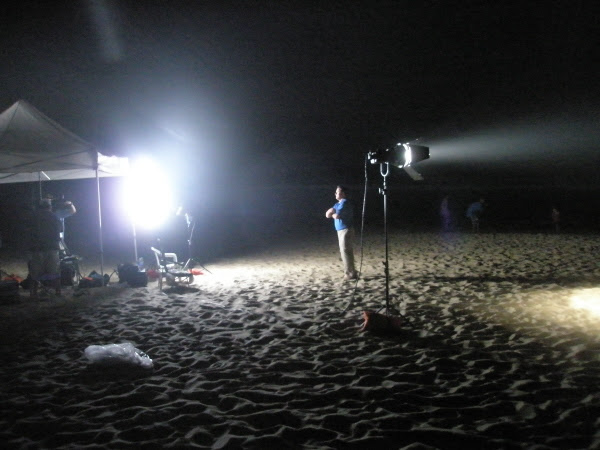 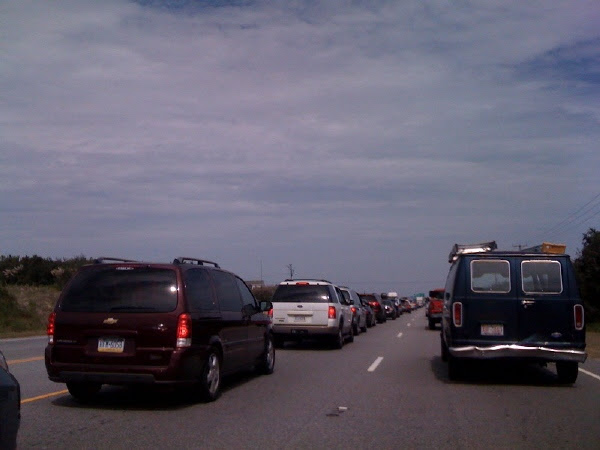 Eventually, I had to flee with the masses.

Before I left, I got to perform at two shows, which were great fun. After Tuesday’s show, one of the audience members even bought me a drink, which she promptly drank herself after proclaiming me a lightweight and telling me I didn't drink it quickly enough. That’s definitely the first time I’ve been shown up in drinking by a sixty-something-year-old. I guess I need to practice.

I’ll close this entry with a portrait of me that Rob did during the week. 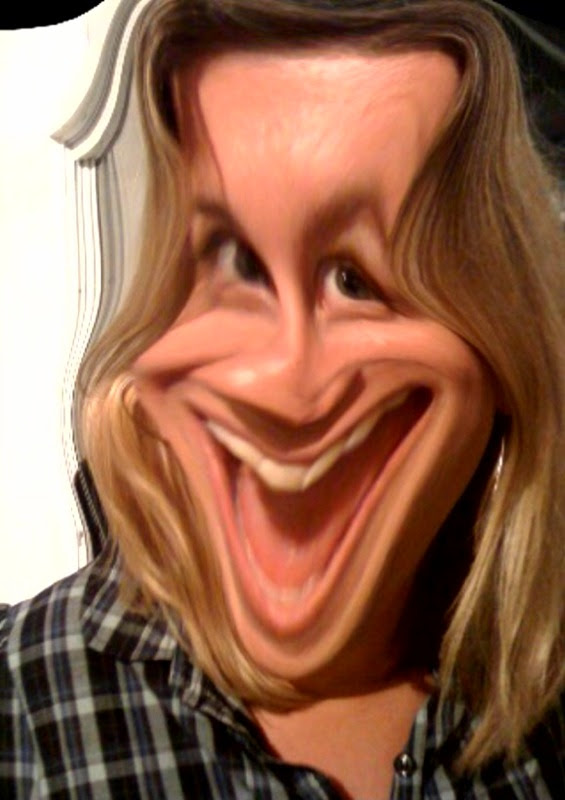 I’m contemplating using it as my new headshot. What do you think?
Posted by Kate Brindle at 7:16 AM