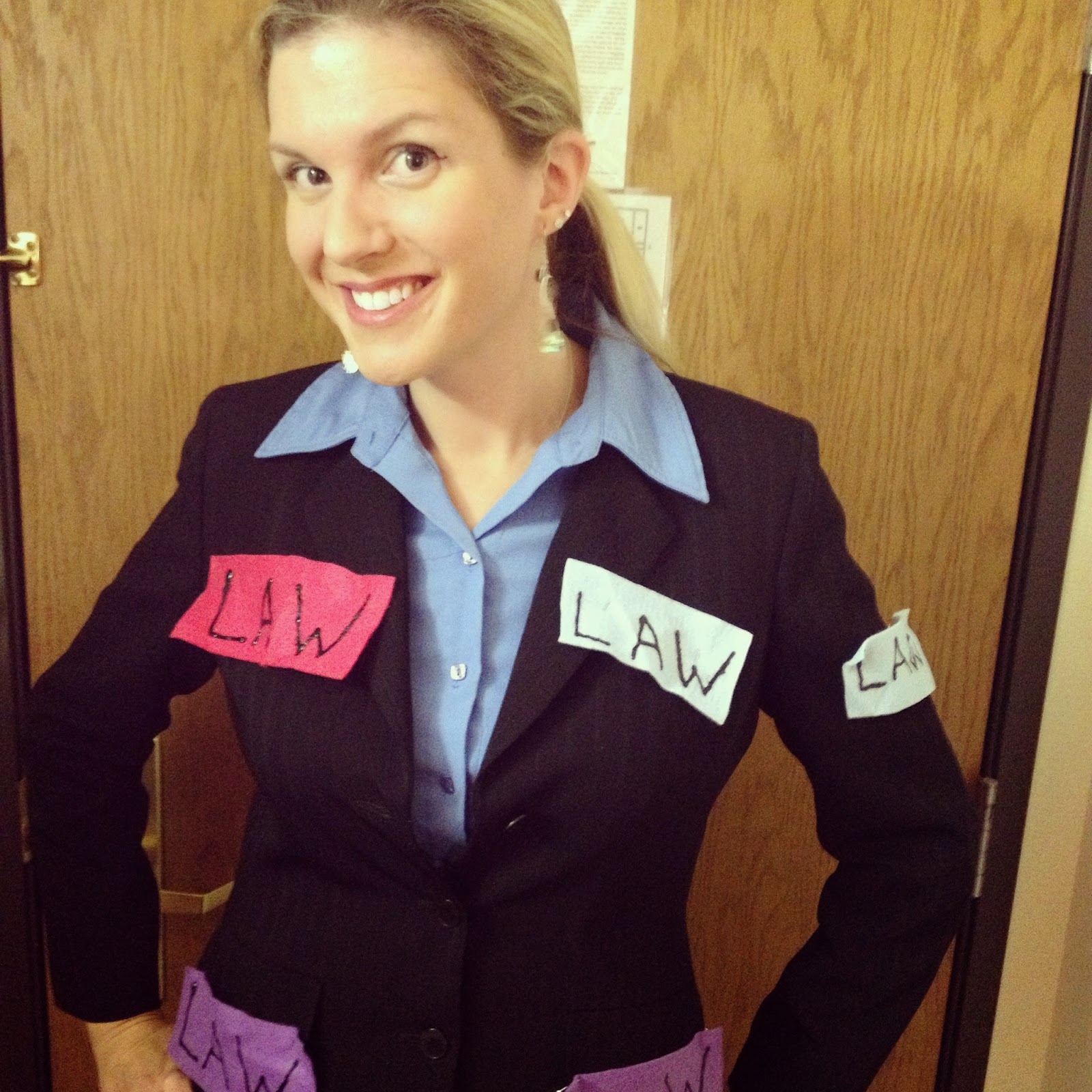 The day before Halloween, I hit the road with my good buddy, Steve Sabo. First stop: performing at the Big House East Sports Bar in Harlan, Iowa.  The crowd was a ton of fun, and I got to meet these folks: 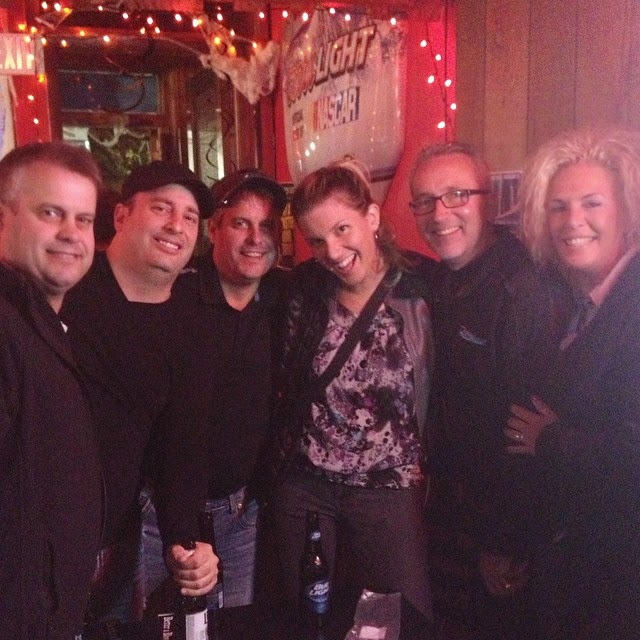 After Harlan, we drove four hours to Manchester. We were set to perform the next night at the Pine Oaks Event Center, so we figured we'd get there a night early, dress up in our ridiculous costumes, and make fools of ourselves. 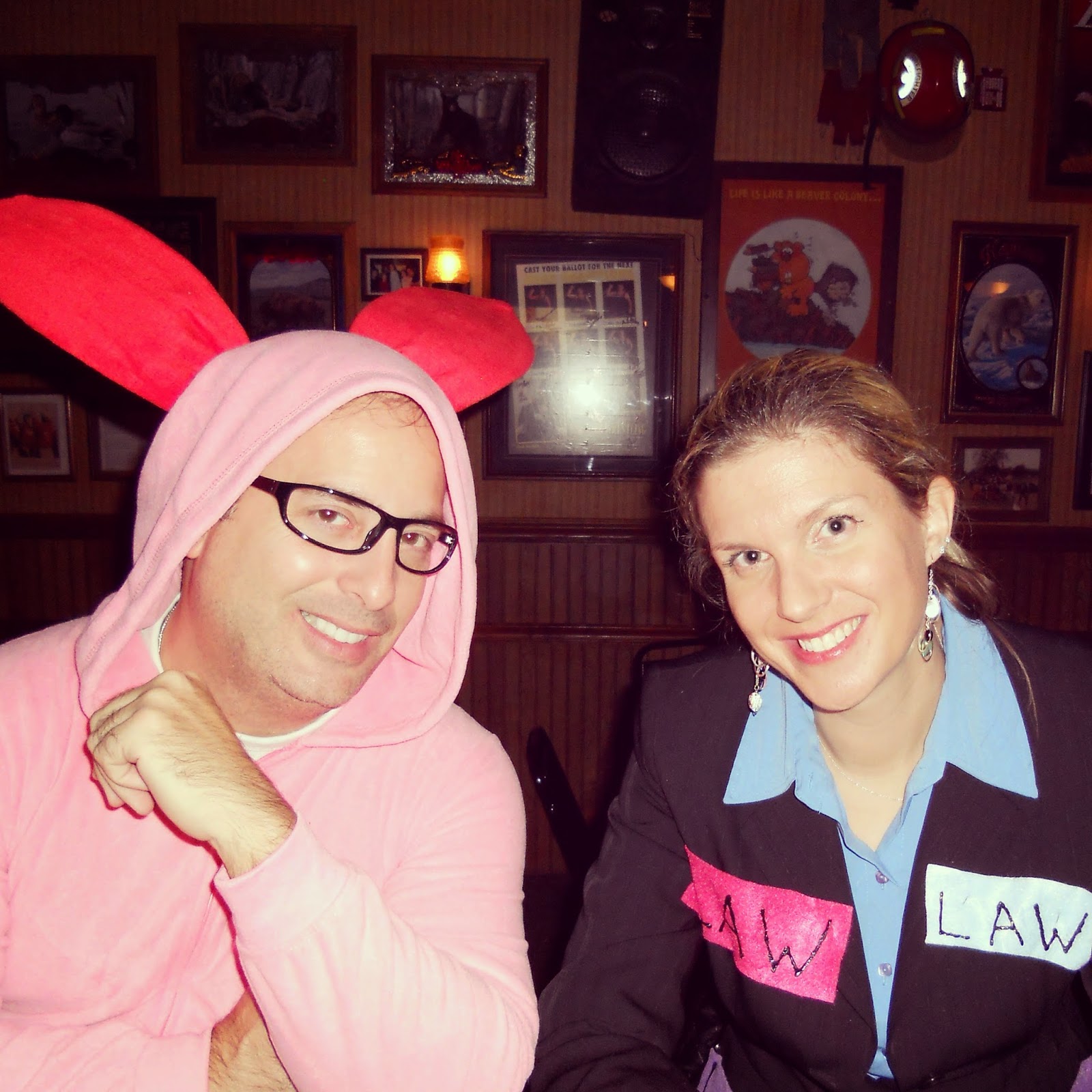 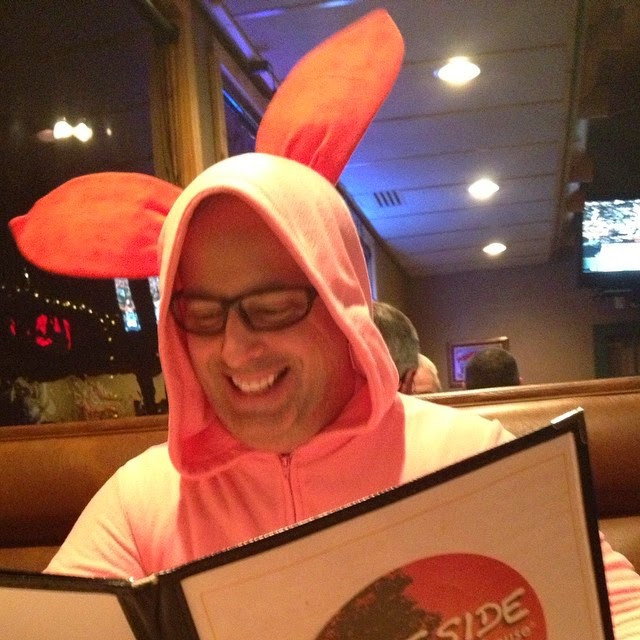 Yes, I actually went in public with this. 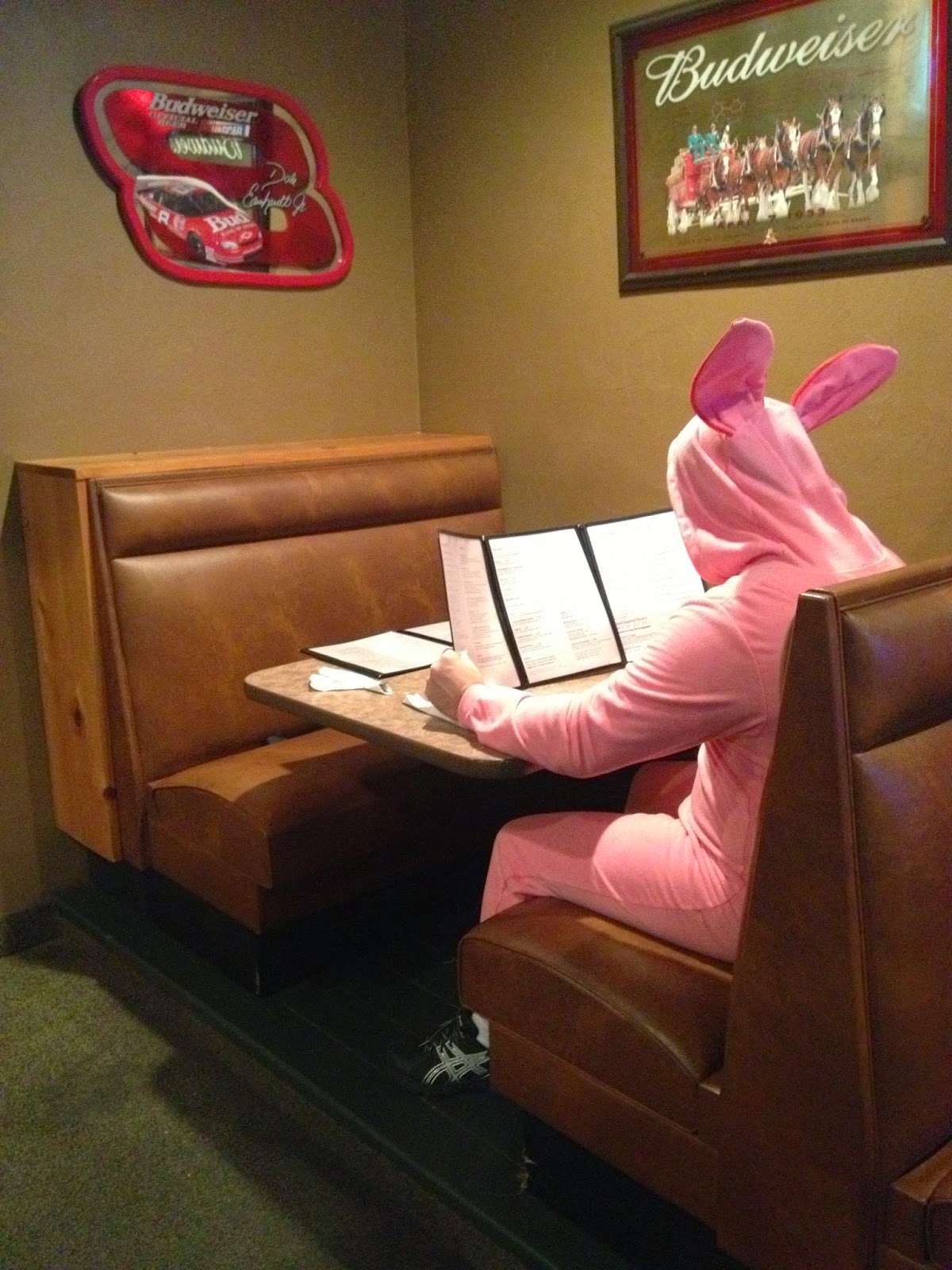 First, we stopped at a restaurant where nobody else was dressed up. Not only were we the only ones in costume, but I'm pretty sure Sabo was the only one wearing a onesie. Nobody knew what we were ("an attorney?" "a zombie rabbit?"), which we'd later learn would be a theme for the night.

I ordered the veggie burger, which came with lettuce and tomato. Just because we were in rural Iowa, where it seemed the only other restaurant for miles was Dairy Queen, I asked for clarity from the server, "that is vegetarian, right?" She confirmed it was.

Ten minutes later, she returned to our table. "I am so sorry. That's actually not a vegetarian burger. It's a hamburger...with veggies on it."

Oh, Iowa, where iceberg lettuce and a slice of tomato count as "veggies."

After the restaurant, we bar-hopped for a bit. And, I ran into Sparty! 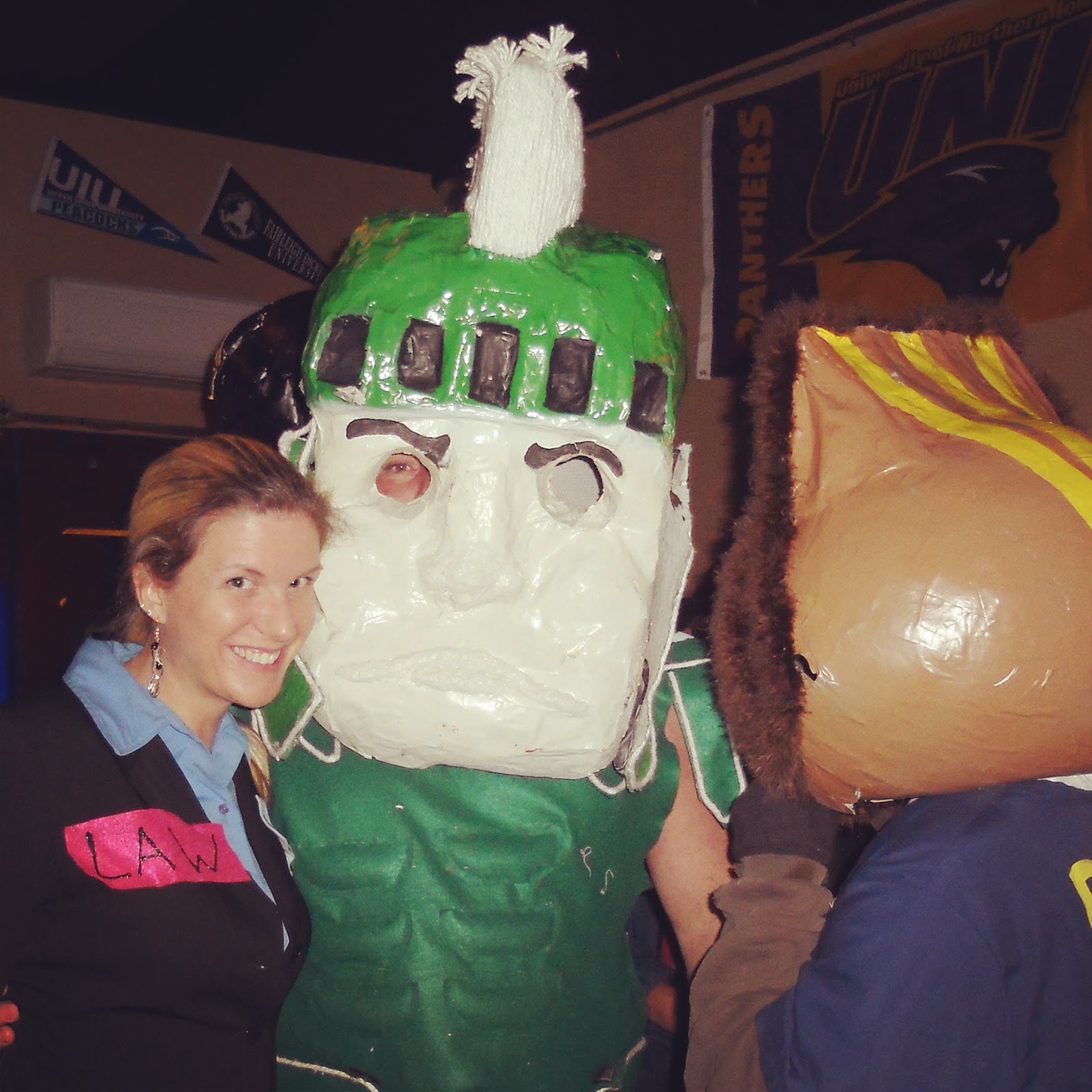 At the final bar/club where we ended up, we were not the only people dressed up. In fact, there was a contest that featured some really amazing, homemade costumes, like the one this guy created: 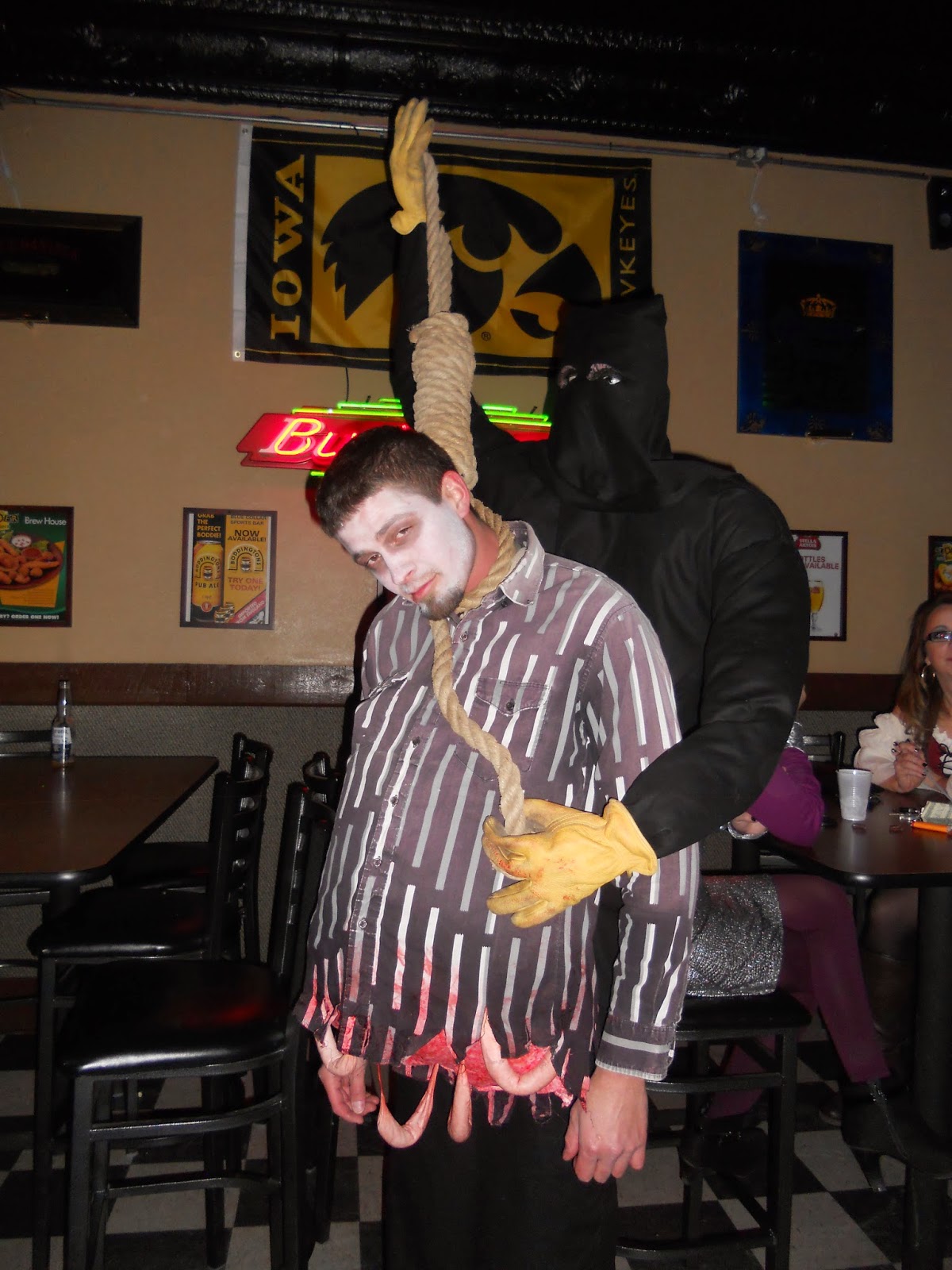 We met a lot of townies, and even convinced some to go to our show. Some of them even bought us drinks in convenient containers. 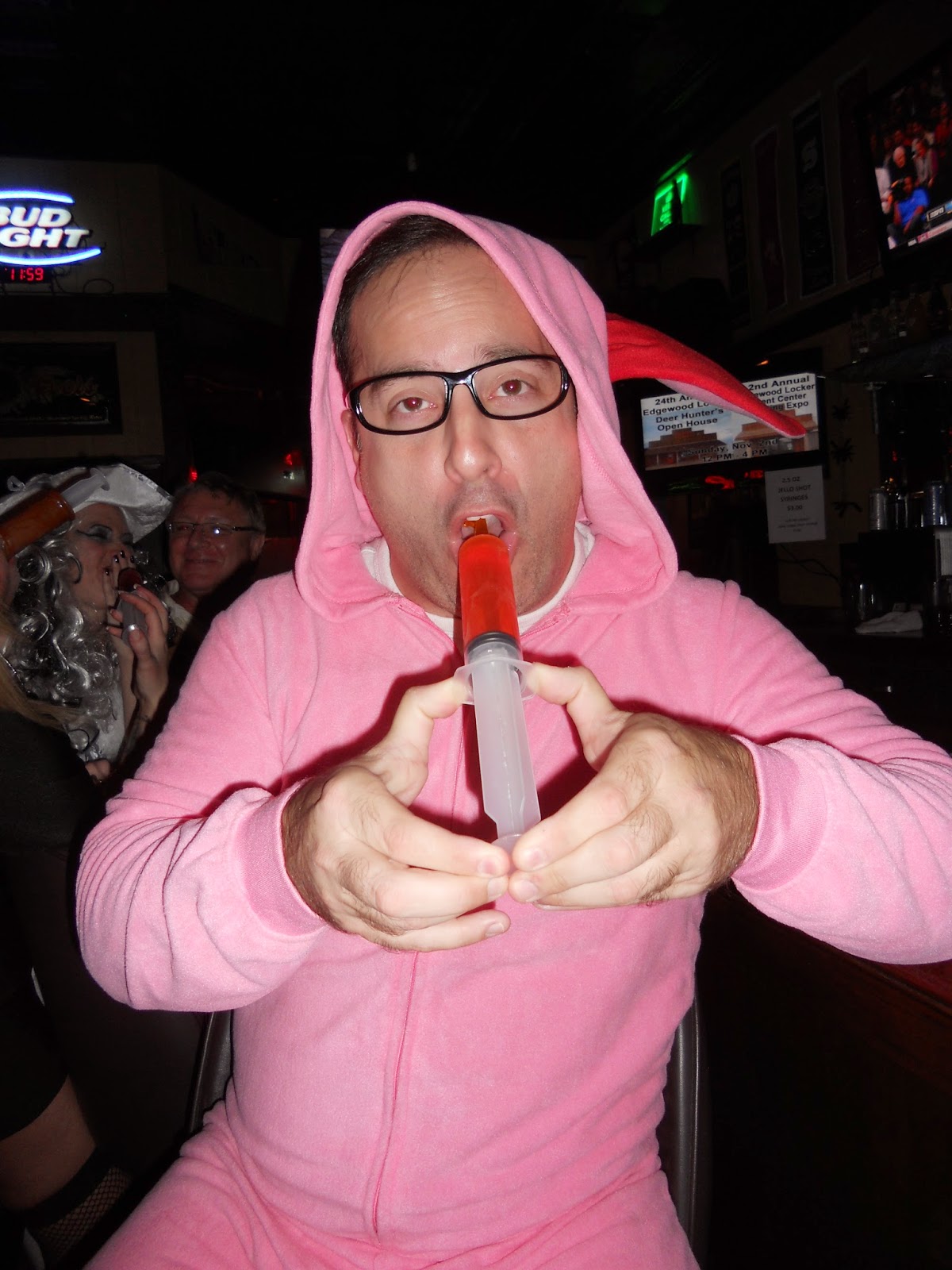 All in all, it was a fun place to spend Halloween. And, I can now say I've heard "Man in the Mirror" blasting at a dance club.