After I returned from Las Vegas, I did shows in Michigan during the remainder of February. As much as I love the free cable and hot tubs (and, for the love of everything holy, let’s not forget the sample-sized bottles of shampoo and conditioner) that hotels feature, being in my own bed is pretty fantastic (especially since I’ve upgraded from a futon to an actual mattress and box-spring).

I performed at the Odawa Casino for the first time. I didn’t get any pictures inside the showroom, but it was white, circular and looked like something the Jetsons would frequent. It was pretty cool in a futuristic sort of way, and the crowd was a lot of fun.

I did, however, get some shots of the façade of the building and outside signage. 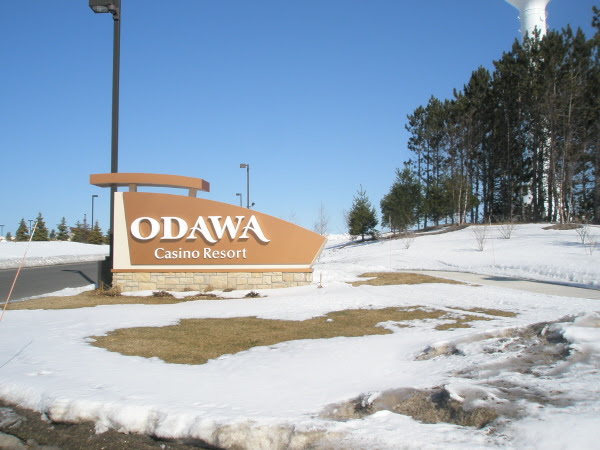 See? Proof that I was there (and that I endured more of Michigan’s snow). 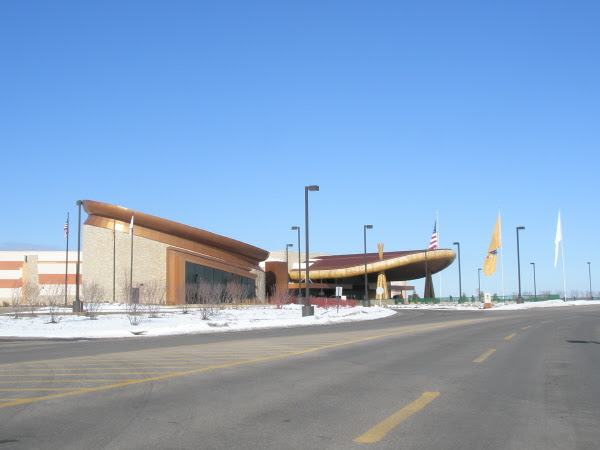 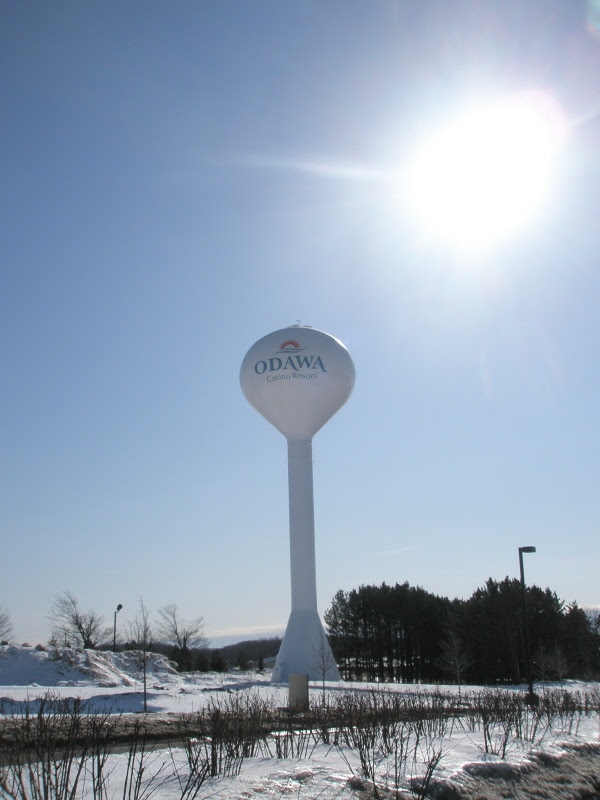 Taken on the drive home: 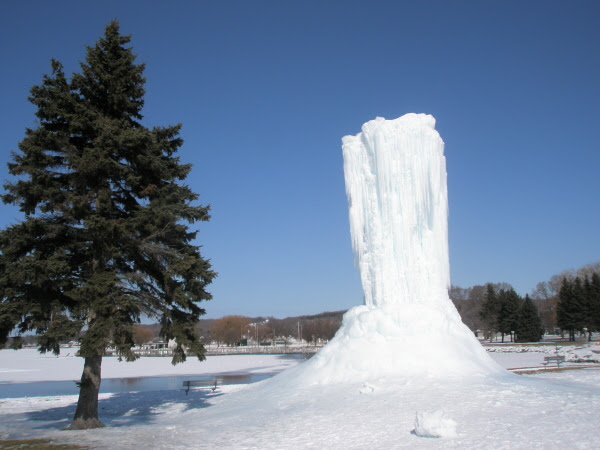 Dear Northern Michigan, I have no idea how you created this, but I find your work most impressive.

And I am happy to report, I did not lose a single cent gambling (and I received a tip after the show to boot!).

During the following week, I worked at Joey’s Comedy Club in Livonia, Michigan. I had the pleasure of sharing the stage with my good buddy, Keith Lenart, Ty Barnett and Dave Mishevitz. I had never met Ty and Dave before, but they are both very funny peeps and super nice guys. 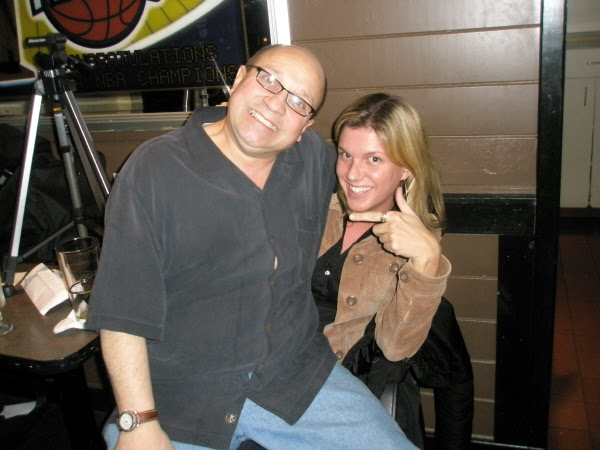 Keith's set inspired him to sit on my lap, explain that he's been "so good this year," and tell me what he'd like for Christmas. Despite his pleas, nothing but coal for him. Insert evil laugh here. 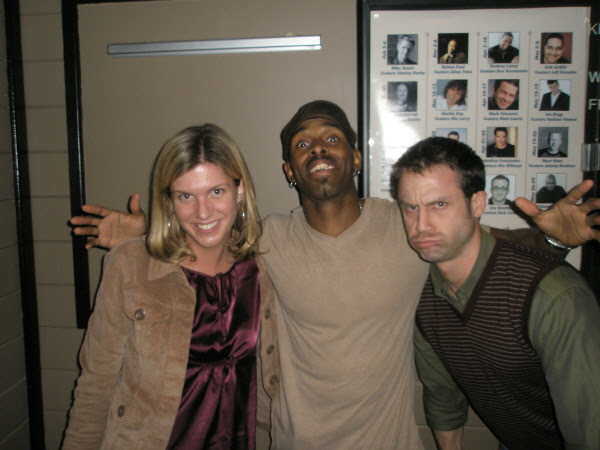 With Ty and Dave. Apparently, someone didn't get the "make a silly face" memo and instead went with the tried and true "Glamour Shots" face. 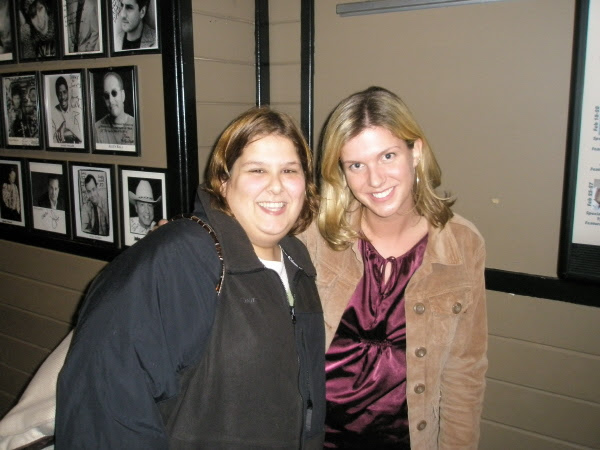 On Friday, Alisa, one of my friends from high school, came to the show with her husband, Dan. It was great to catch up with them…and it’s quite nice to hear a familiar laugh in the crowd (especially from a person who can identify with what you’re joking about, such as being from a town that’s so small they place cows on the football field and take bets on which yard line said cows will defecate on).

I always enjoy working at Joey’s, and my most recent stint there was a lot of fun. We had a few sold-out performances, did three shows on Saturday…and during one of the shows, my earrings were heckled. I’ve been heckled for many things, but never for the metal that hangs from my earlobes. Something to take note of, I suppose. Luckily, what could have turned into him calling my jewelry ugly, turned into a 30 second plug for the store where I purchased it. Accordingly, I think someone at Forever 21 owes Table #17 guy and me some commission. I’ll gladly accept mine in the form of Bud Light and scratch-off lottery tickets.
Posted by Kate Brindle at 8:55 PM