Last night was what I live for! I love performing in any venue (and believe me, I've performed at most - bowling alleys, high school dances, libraries, you name it), but there's something about performing in a packed, giant theater that is just so magical.

On Thursday, I had the pleasure of performing at the Del Lago Casino in New York. Its theater is only six months old, and it was gorgeous! I couldn't believe how many people were in the crowd on a week night. And not only was the place packed, but the crowd was a fantastic audience! From the moment I stepped foot on stage, I could feel their energy. It was truly incredible! 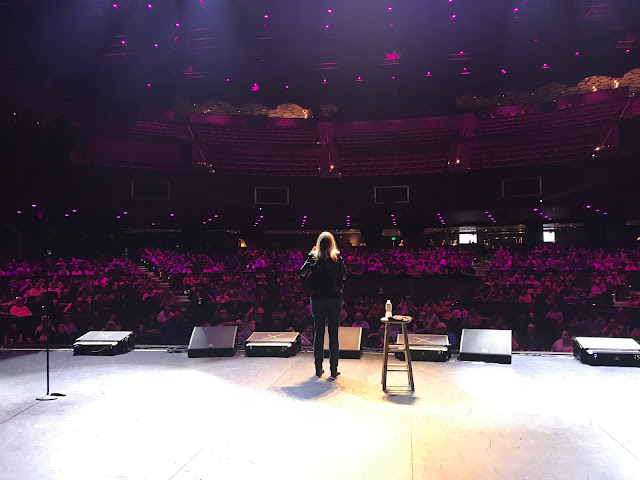 In my quest to perform stand-up comedy in all 50 states, I can now check off my 34th: New York. It was my first paid gig there, and it was awesome!

Plus, all of the lighting and sound guys couldn't have been nicer. I got to work with the hilarious Brad Trackman, who also happens to be super nice. After our show, we headed over to the buffet, which featured...wait for it...VEGAN GELATO! I was pleased to be reunited with the food I fell so very in love with in Australia and New Zealand.

I also got to stay in the cutest little hotel in Senaca Falls, New York. Can't beat having a chandelier in your bedroom: 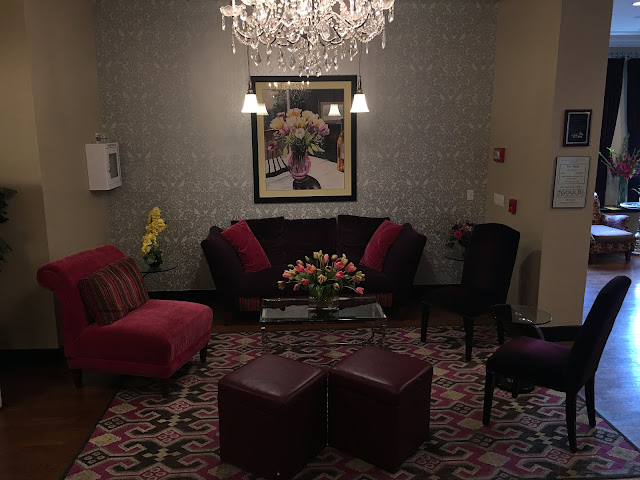 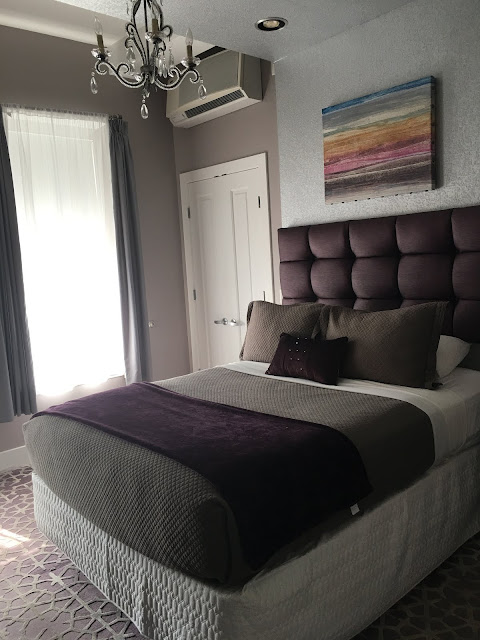 In the morning, I got to see some of the historic women's rights landmarks. Seeing as I went to grad school for women and gender studies, I had been hearing about Senaca Falls for quite some time. And in the morning, I finally got to explore it. Some pictures: 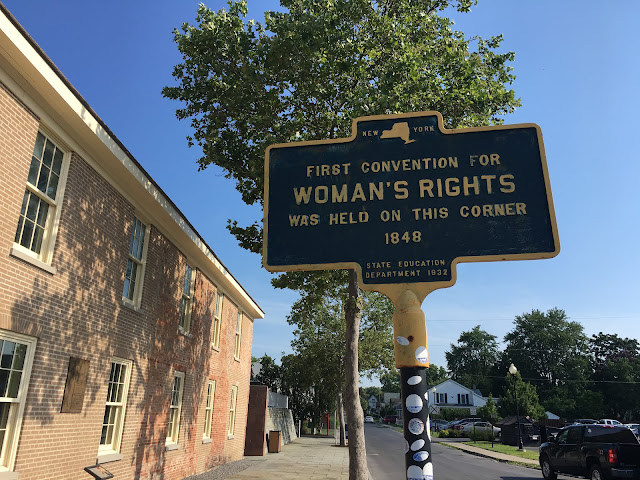 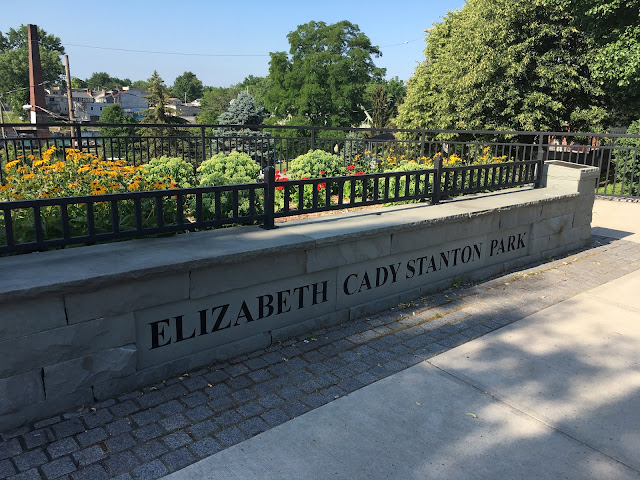 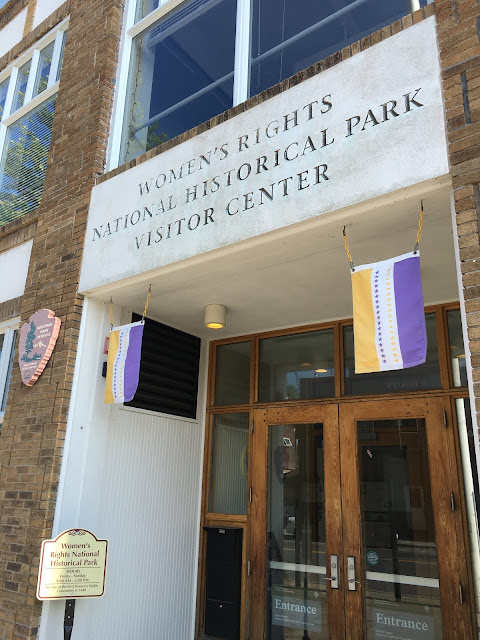 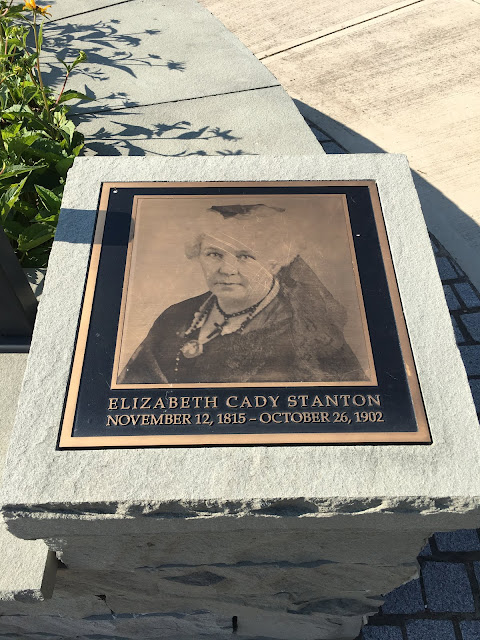 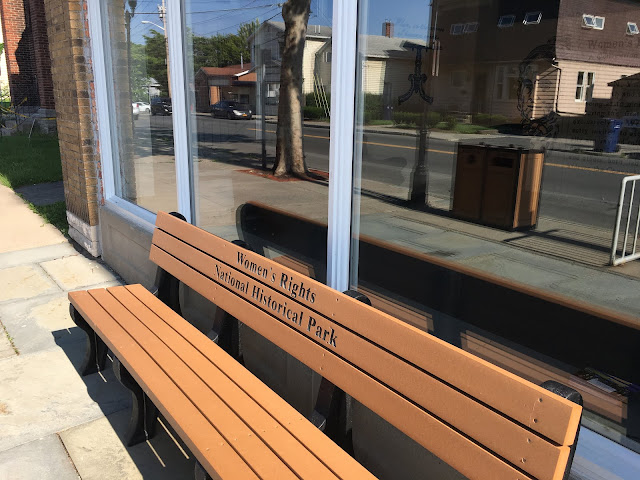 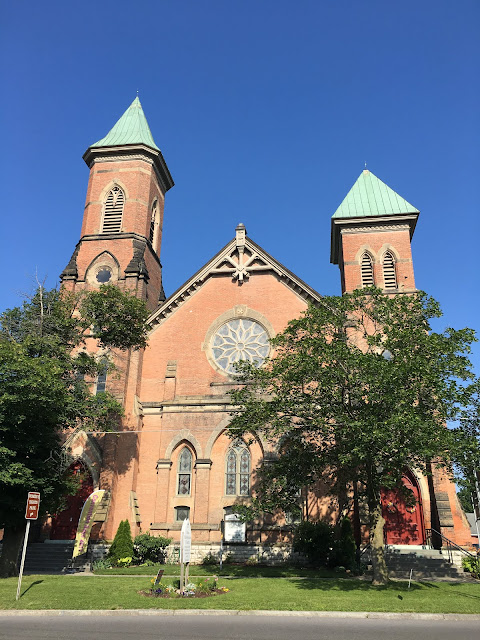 What a wonderful trip!
Posted by Kate Brindle at 10:41 AM